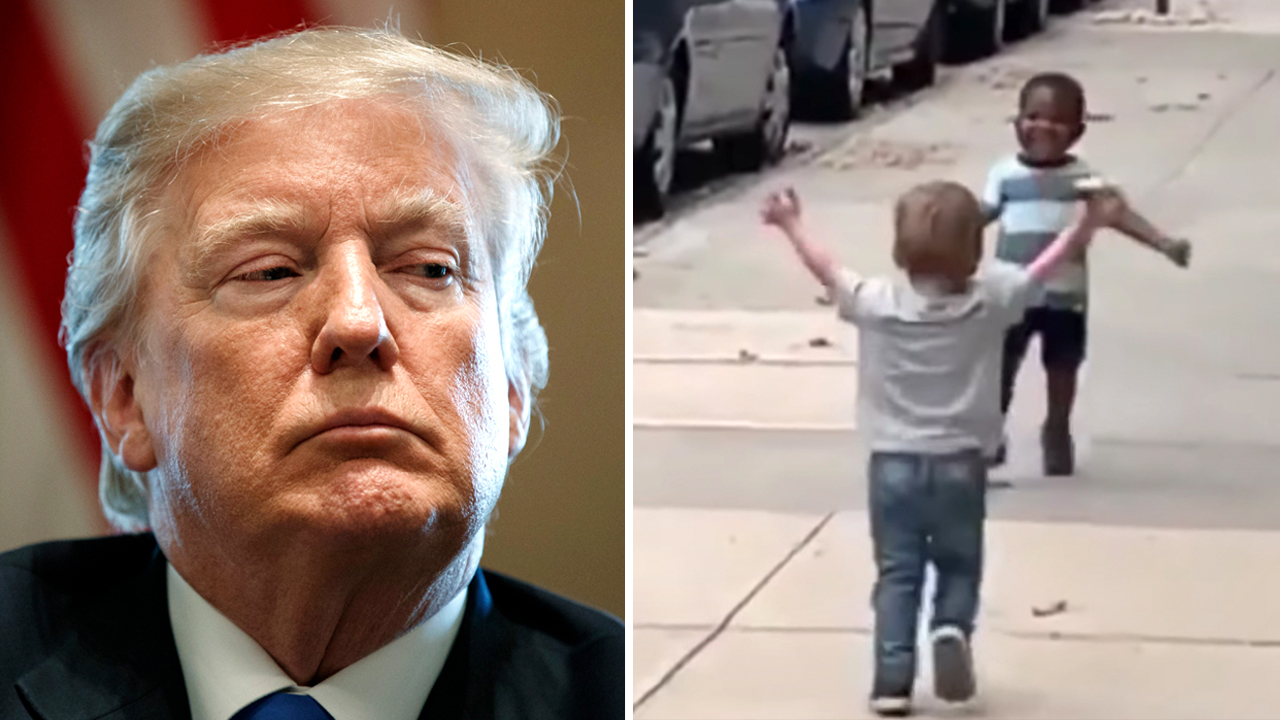 The parents of the two toddlers featured in a video posted by Donald Trump on Twitter have announced their intention to sue the US President and Carpe Donktum, the meme maker who made the video that went viral before being subsequently censored from the platform.

It was first tagged as “manipulated media” and subsequently removed via a copyright strike.

The video was also removed from Facebook, where it was also posted, after the parents filed a copyright strike.

Forbes reports that lawyers representing the parents featured in the video are currently drafting the lawsuit, alleging that it was altered and shared as an “advertisement and political propaganda” without their consent or permission when Logan Cook, better known as Carpe Donktum, created it.

In the original video, which Cook altered, two children—one of whom is black, the other white—can be seen running towards each other and hugging. The meme maker cut the video to show them running away from each other with a fake CNN chyron reading “Terrified toddler runs away from racist baby,” mocking the media’s coverage of racism-fueled riots in the United States following the death of George Floyd.

The meme video then cuts to the original footage, informing viewers to get the whole story.

On Tuesday, Twitter suspended Cook for copyright violations. He was unable to appeal the decision. Twitter says the ban is permanent.

“The fact that Twitter and Facebook disabled this fake video within 24 hours of President Trump and his campaign tweeting it, coupled with Twitter permanently banning Cook, is very strong evidence that a jury will likely find that all of these people broke the law by using this video as advertisement and political propaganda,” said Ven Johnson, an attorney for the parents.

As Twitter cracks down on popular conservatives and even the President himself, many conservatives have opted to migrate to Parler away from the censorious Silicon Valley platform.