Despite carrying a medical mask exemption, the pastor was denied service at the Canada Post location inside a Calgary-area Shoppers Drug Mart. 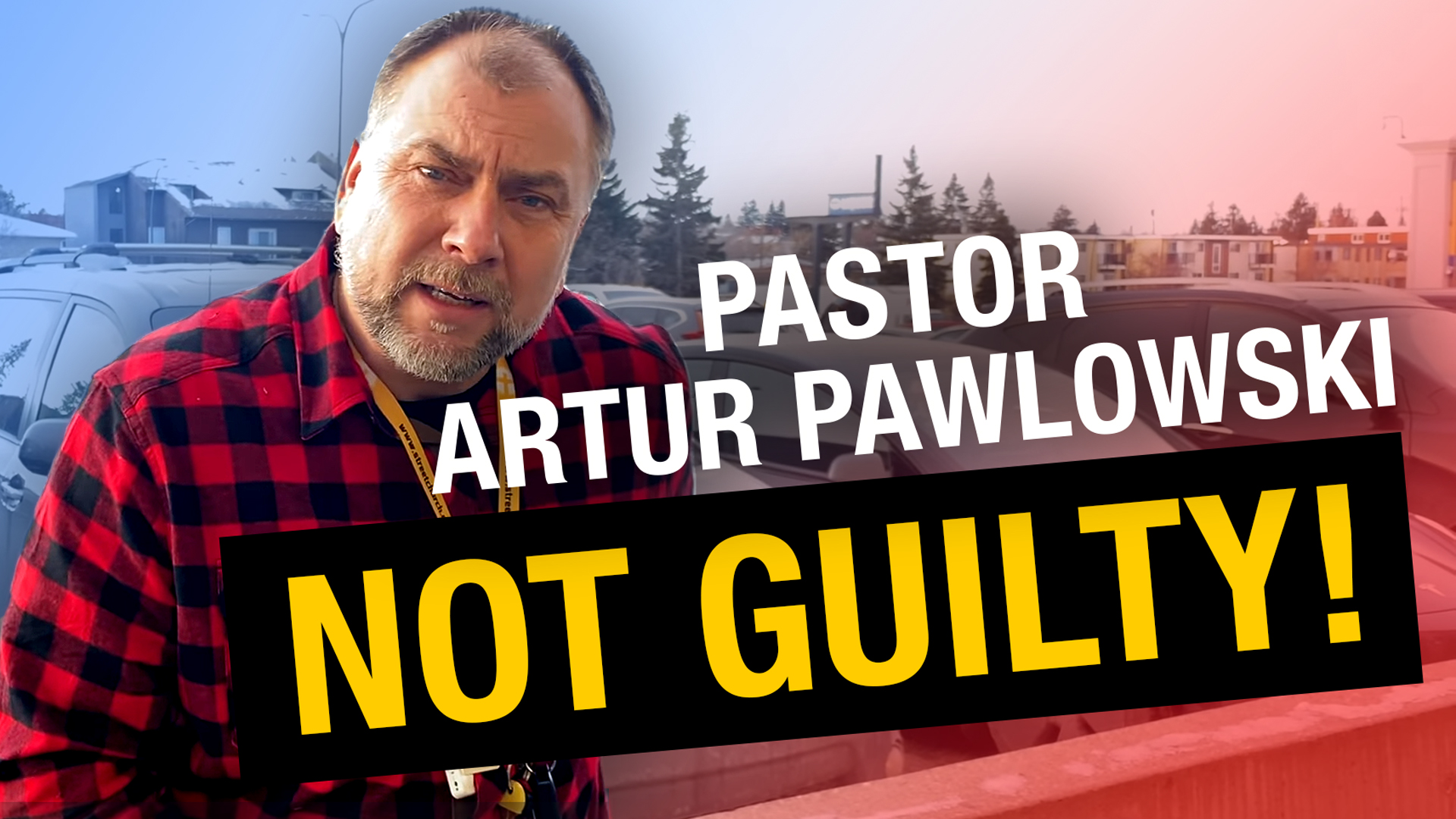 A judge in Calgary has dropped the charges or found Pastor Artur Pawlowski not guilty of charges stemming from an incident at a Calgary-area Shoppers Drug Mart in December 2021. Pastor Artur was accused of trespassing and disturbing the peace while trying to pick up his mail from the post office inside the store.

The maskless Pastor Artur, who carries a medical exemption, was denied service and the charges occurred as a result of what happened afterwards.

As reported by Rebel News' Selene Galas, who was live tweeting the proceeding as it happened, the Crown's case against Pastor Artur quickly fell apart under scrutiny.

Miller: You indicated you didn't think he had a reason to be in the post office that day (Dec 20th, 2021) Do you recall him having a slip?

(in essence folks, it seems the crown has no actual evidence that they can present that suggests that Artur was yelling, screaming, or swearing.)

The Judge seems to admit he is also confused as to what direction the Crown is trying to steer this case.

Since the case was initially founded on not masking. Now it's confirmed there was a bit more flexibility at that time.

Then filming was the issue.

With the case deteriorating for the prosecution, Pastor Artur's lawyer, Sarah Miller, who has been crowdfunded through donations at SaveArtur.com, called for a verdict.

Miller has called for a verdict.

Miller goes on to say, that based on the evidence today, the witness admitted she was emotionally upset, though no further evidence was presented which confirms there was a disturbance taking place.

Pastor Artur uploaded footage of the incident as it happened on his YouTube channel last December.

After asking the Crown prosecutor if he was trying to “stretch things out,” the judge rendered a decision: Pastor Artur Pawlowski is not guilty.

This is just the latest legal victory for Pastor Artur, who still continues to fight numerous charges relating to various COVID restrictions. To help fund the pastor's ongoing legal defence against these egregious fines, and to keep updated with all of the legal proceedings, visit SaveArtur.com.

All donations made to Pastor Artur's legal defence are eligible for a tax deduction courtesy of The Democracy Fund, a registered Canadian charity.