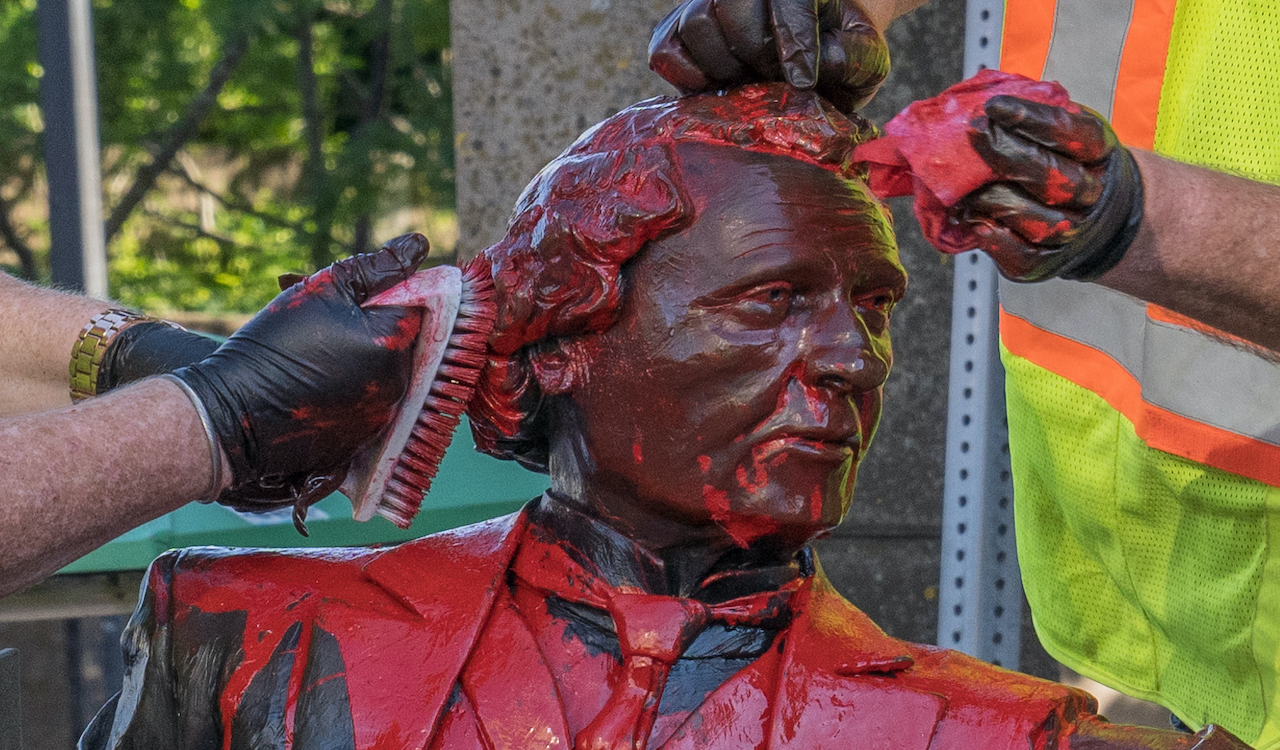 A statue of Sir John A. Macdonald was covered with red paint overnight in Hamilton, Ontario.

The monument in Gore Park, which has since been cleaned up, was also vandalized with the words “LAND BACK” spray painted next to it.

A press release from the Hamilton Police calls on local businesses and drivers with dash cams to check their footage to help identify the perpetrators.

On Monday, November 9, 2020, at approximately 7:30 a.m., Hamilton Police received a report regarding mischief to the Sir John A. Macdonald Statue located in Gore Park, 1 Hughson Street South. Once on scene, police noted the statue was primarily covered in red paint. The immediate area was cordoned off and City of Hamilton officials were contacted. The area was processed and the statue was cleaned.

Detectives from the Central Division Criminal Investigations Branch have reviewed the information gathered and now believe that between 1:00 a.m. and 3:30 a.m. on Monday morning, a handful of people were involved in a disturbance in the area of the statue.

The vandalism is one of a series of attacks on various statues of the first Prime Minister of Canada.

Rebel reporter David Menzies was assaulted while covering a mob demanding the removal of the state of Sir John A. in Kingston, Ontario in June.

Charlottetown's seated statue of the prime minister was coated with red paint this June.

In July, the city of Toronto covered their statue of Sir John A. after vandals covered it with pink paint.

Protesters in Montreal knocked down and beheaded a statue of Sir John A. in August.