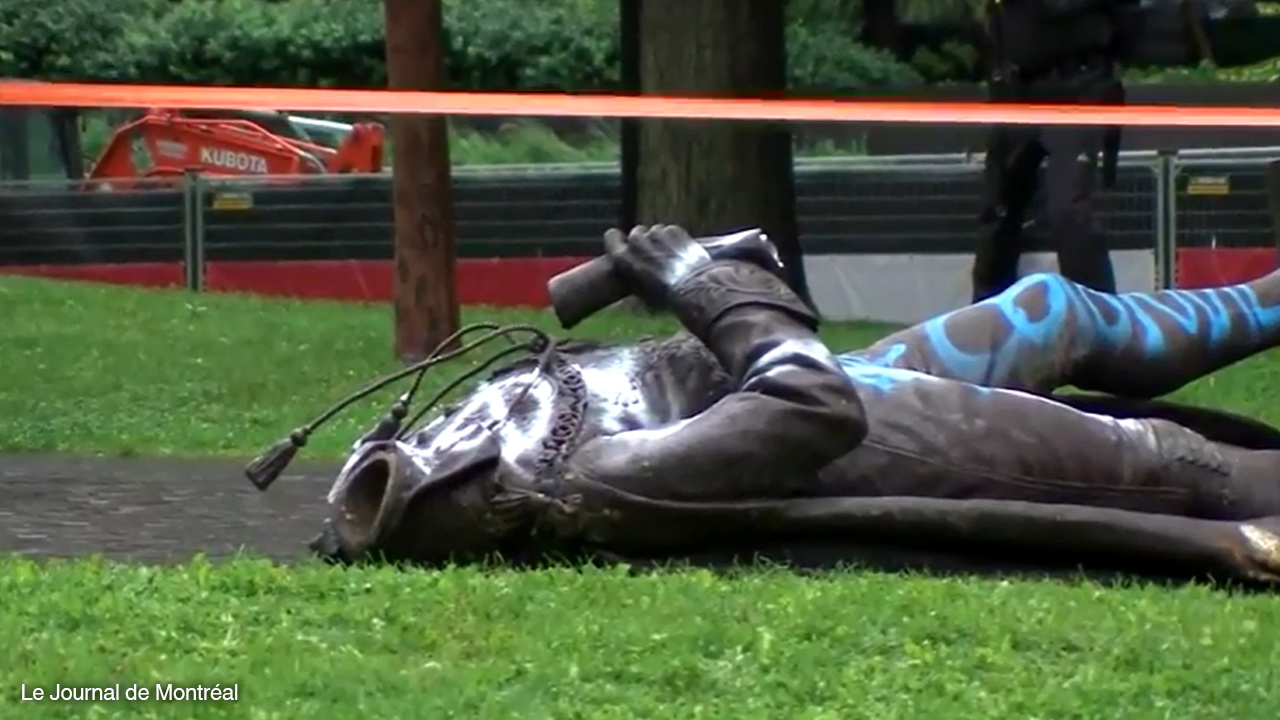 A left wing mob knocked over and beheaded a statue of Canada's first prime minister, Sir John A. Macdonald, at a demonstration in Montreal.

According to a translation of an article in the Journal de Montreal,

The rally was organized by the Coalition for the Liberation BIPOC, which campaigns for reinvestment in communities in order to save the lives of black, indigenous and racialized people, in addition to the definition of police forces.

Montreal's police service “indicated that there had been no intervention or arrest in relation to this act of vandalism.”

CTV characterized the rally as one in support of defunding the police:

Montreal police (SPVM) spokesperson Jean-Pierre Brabant confirmed that at around 2:45 p.m. the statue was toppled by protesters though police do not have any suspects at the moment.

Other statues of Sir John A. have been the focus of recent left wing activity.

A statue of the prime minister on the lawns of Ontario's legislature in Toronto is currently boarded up after vandals with a Black Lives Matter group threw pink paint on it.

Prince Edward Island's statue in Charlottetown was vandalized earlier this summer, but will be kept in place “as is”, for now.