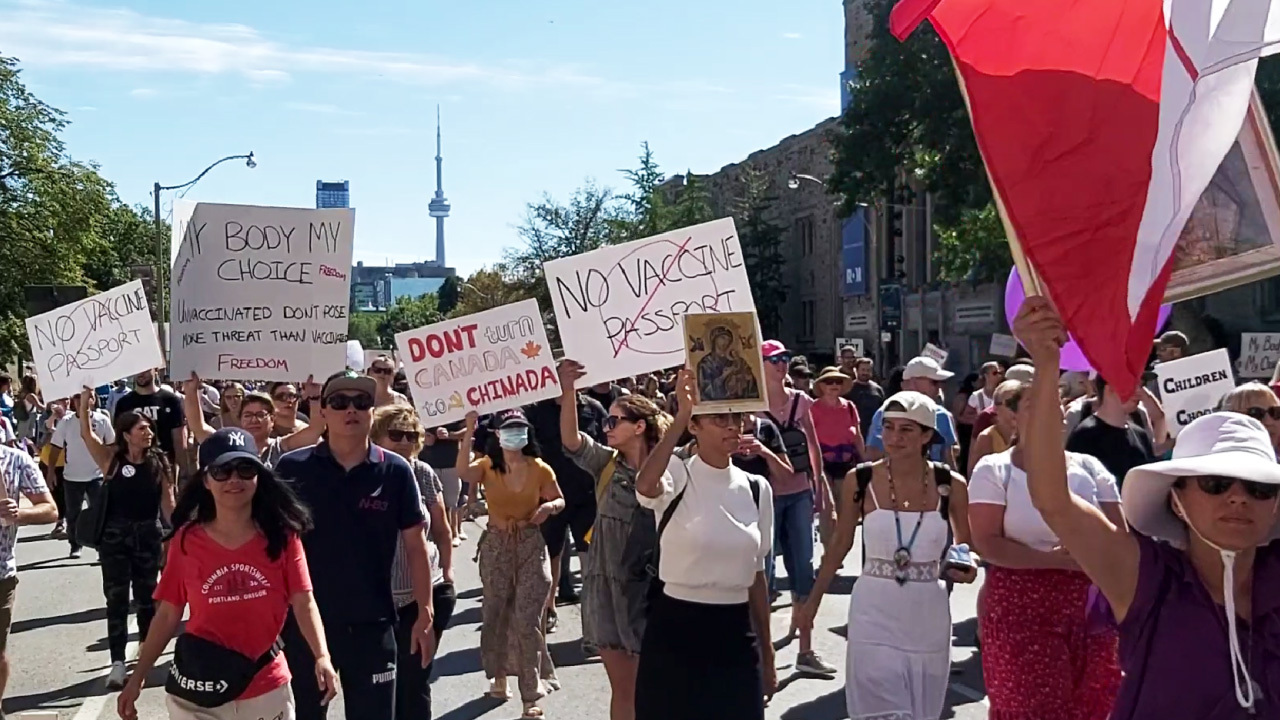 On Saturday afternoon, tens of thousands of protestors in cities across the globe took to the streets as part of a coordinated “World Wide Rally For Freedom.”

Rebel News had journalists on the ground in cities across the world to cover the massive protests. Toronto's rally alone was estimated to contain 15,000 to 20,000 protestors.

Each city’s event was held as part of a worldwide effort to “denounce COVID-19-related policies and restrictions on movement and activity.”

Protestors conveyed messages decrying government lockdown restrictions and coerced vaccination. Chants such as "Freedom," "Do Not Comply" and "No Vax Pass" can be heard from the rallying crowds.

In Canada, these protests come just days before a pivotal federal election set for Monday September 20.

Check out some moments from the various protests below (additional reports still to come).

Calgary chants "do not comply", as thousands gather in opposition against Jason Kenney's vaccine passport.

A large crowd has gathered at Central Memorial Park in Calgary for the World Wide Rally for Freedom opposing vaccine passports and new restrictions.

Thousands chant on the last weekend before election day here in Toronto:

Protesters chant "NO VAX PASS!" while marching in Toronto.

Hundreds across Quebec came to Quebec City to demonstrate against the vaccine passports. pic.twitter.com/bz9HgaRVv3

Rebel News reporter Avi Yemini was on the ground in Melbourne, Australia where a massive confrontation between police and protestors took place.

Don't believe a word of the fake news coming out of the mainstream media tonight. Police are NOT THE REAL VICTIMS of what happened today—this woman and the other defenceless protesters are.

If anyone else did this, they'd be jailed. And so they should be.pic.twitter.com/eUGXSDVr2k

There is so much happening in this video I’ve had to rewatch it about a hundred times. https://t.co/U5dCP6mSgP

UK Rebel Lewis Brackpool was also on the ground in London to speak with protestors at the rally there— full report to come.

Wow! We haven't even put out the full video on @RebelNewsOnline and this is gaining some serious coverage! https://t.co/aRGRCU3l1S