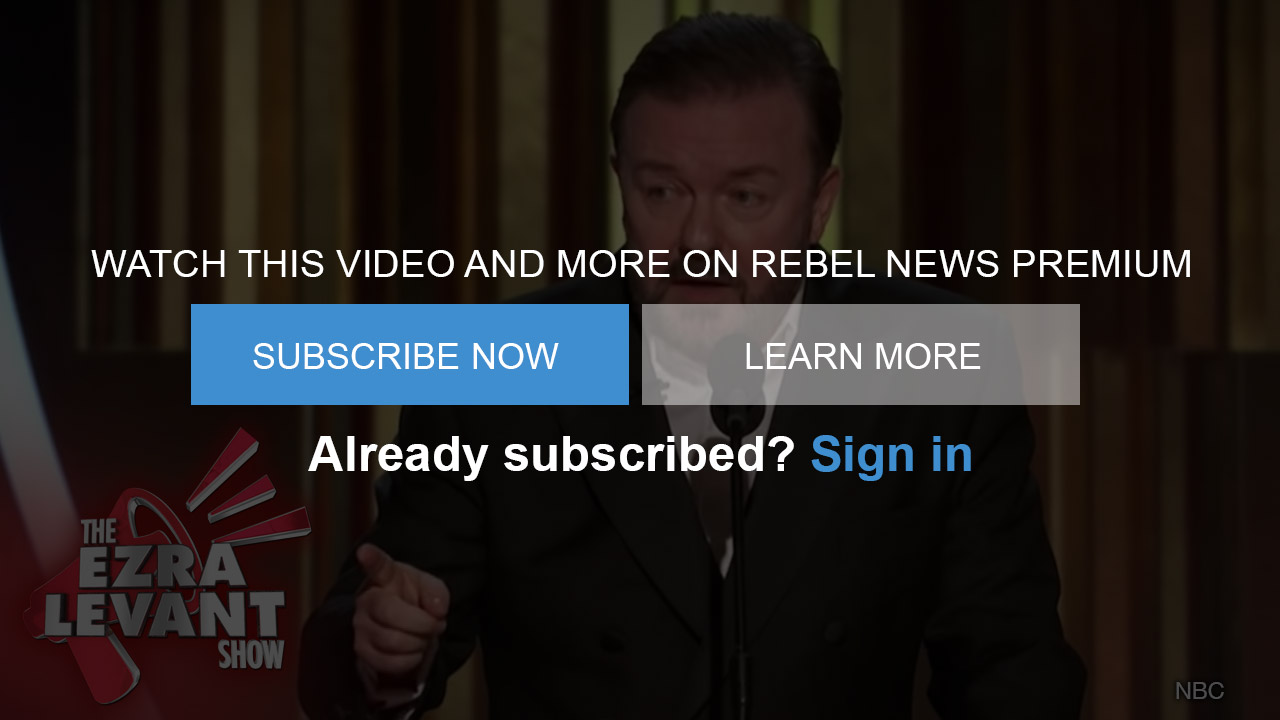 So many Hollywood awards shows, and the ratings keep falling every year. Why? We’re still celebrity obsessed as a culture — you could say we have a reality TV show president. But I think the awards shows are the worst — because instead of celebrating what people like about celebrities: their art, their style, their prettiness or handsomeness, or you know, their movies, their music — celebrities make the mistake of thinking that it’s their political judgement that we are all just dying to hear about.

These celebrities gather together at awards shows to celebrate themselves — okay, fair enough — but then they lecture us. Actors and singers should be seen and not heard, as the saying goes. But they can’t help themselves.

But something funny happened last night at the Golden Globe awards, because they hired someone actually funny as the emcee.

Ricky Gervais is funny, very British and still becoming better known in America. He’s political in his own way — very atheist, that’s his big thing. A bit braver taking on Christianity than Islam, as usual. But still — he takes on sacred cows most others won’t including Greta Thunberg.

Ricky Gervais was let loose on the most smug, condescending, pretentious, hypocritical group in the world. And it was fabulous. I haven’t seen the ratings yet, but I bet they were good. On tonight's show, I'll go over why his jokes on everything from Jeffrey Epstein to Jonathan Yaniv to the human rights abuses in Apple's Chinese factories worked so well.

NEXT: Daniel Pipes of the Middle East Forum calls in to discuss President Trump and the situation in Iran.