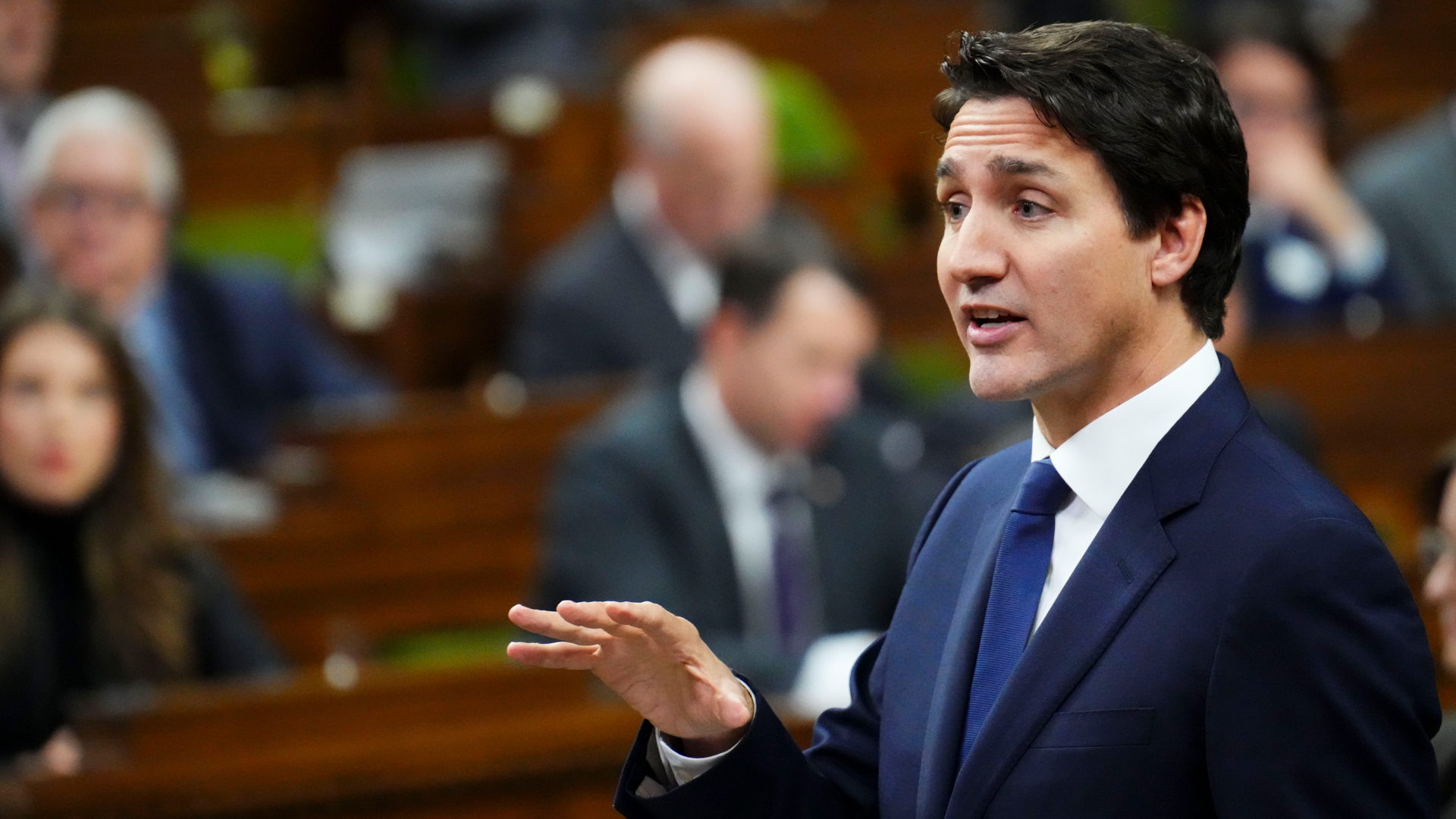 "If I were to send people all the money they need in the provinces, there is no guarantee those folks would be waiting less time in the hospitals," Trudeau said in an interview with CBC's Rosemary Barton.

According to the Fraser Institute and Secondstreet.org, Canadian patients waited longer than ever this year for medical treatment, including critical surgeries, treatments and procedures. In 2022, median wait times for Canadians were 27.4 weeks — the longest ever recorded — up from 25.6 weeks in 2021 and 195% higher than the 9.3 weeks in 1993 when the Fraser Institute first tracked wait times.

"There is no point putting more money into a broken system. And those are harsh words," added Trudeau.

Discussions between Canada's premiers and the Trudeau Liberals ended in a stalemate, with the federal government noncommittal increasing its healthcare funding share from 22% to 35%.https://t.co/pejHRSfDaI

Discussions between Canada's premiers and the Trudeau Liberals ended in a stalemate last month, with the federal government noncommittal in increasing its healthcare funding share from 22% to 35%.

In December, Saskatchewan Premier Scott Moe said that the current healthcare cost-sharing arrangement with the feds needs revision. "I'd just put forward that's not sustainable moving forward, and the healthcare cost-sharing, an investment-sharing arrangement brought forward several decades ago, was never anticipated to be with this small of the federal share," said Moe.

The Trudeau Liberals did not push forward on requests from their provincial counterparts to bolster the Canada Health Transfer by $28 billion on top of the $45.2 billion given in 2022. Ottawa is offering more money, though it has yet to say how much.

With the feds and provinces unable to agree on an updated cost-sharing agreement, hospitals across the country need help to meet regional demand. Staff shortages are an ongoing problem exacerbated by the COVID-19 pandemic.

Saskatchewan's Provincial Auditor Tara Clemett authored a report about the critical need for maintenance at healthcare facilities in Saskatoon. One of the more urgent topics was the ongoing shortage of healthcare professionals.

The Saskatchewan Health Authority (SHA) anticipates a shortage of over 2,000 workers in hard-to-recruit positions over the next five years.

Though the surgical backlogs indicate that COVID-19 and related hospital closures exacerbated backlogs, Bacchus Barua, director of the Fraser Institute's Centre for Health Policy Studies, said they are not the cause of Canada's historical wait times challenges. "Previous results revealed that patients waited an estimated 20.9 weeks for medically necessary elective care in 2019 — long before the pandemic started," he said.

Barton asked Trudeau about the impact caused by the ongoing political fighting on Canadians' health. He responded that putting more money into a "broken" system will not guarantee better outcomes.

The prime minister referenced a November 2022 CMA videoconference that claimed current healthcare budgets are 'unsustainable' and the current models of care are "out of sync with the way we live and the care we need now."

According to an Ipsos poll, less than half of Canadians surveyed last month expressed satisfaction with health services over the past year, down from 66% in 2021 and 68% in 2020. Fifty-seven percent of people also said they believe the current spending rate is unsustainable, up from 52% in 2021.

Trudeau contended that although some healthcare systems in the country work better than others, he said his responsibility is to "ensure all Canadians have access to healthcare."

"One of the only levers I have is saying, 'I'm not giving you this money with no conditions.' I will fully participate in funding it as long as those real improvements are made," conveyed Trudeau. However, the provinces said they have near-exclusive healthcare jurisdiction and that the feds cannot tie funding to conditions.