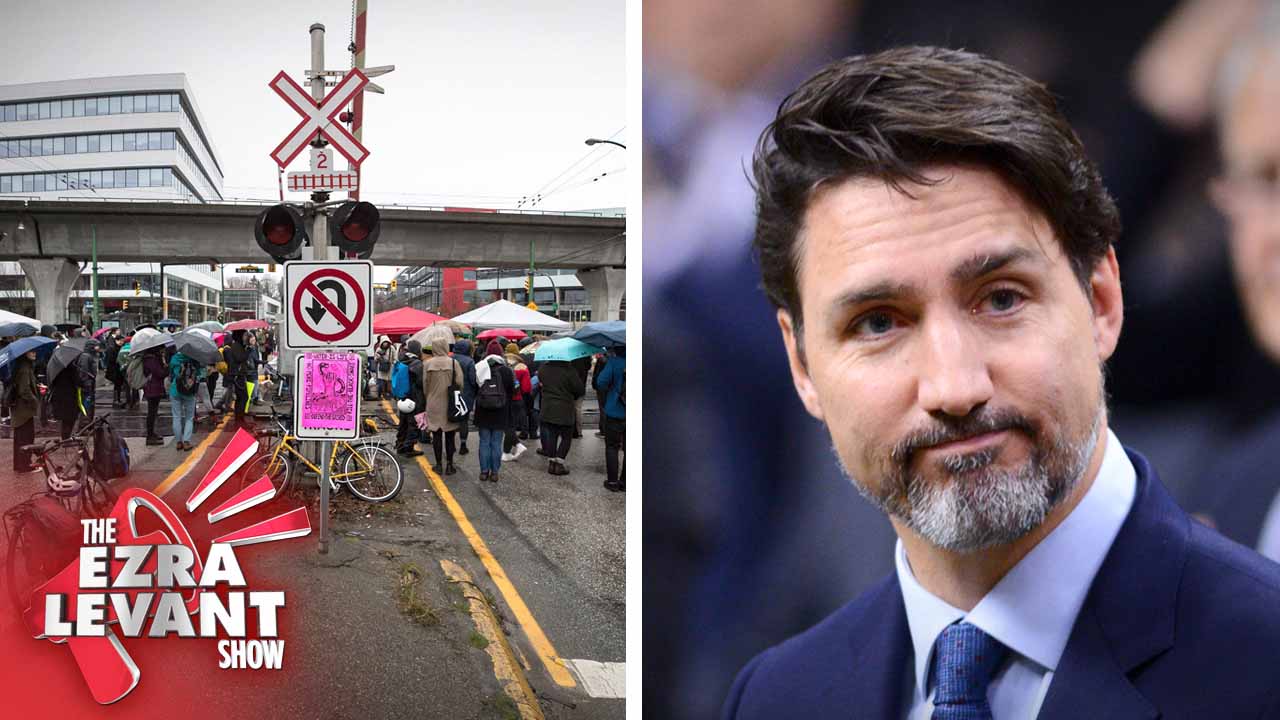 Justin Trudeau has finally made a definitive statement about the pipeline blockades, and it's a statement of surrender.

When Justin Trudeau’s father, Pierre Trudeau, brought in martial law to crack down on the Front de liberation du Quebec — a paramilitary group, a terrorist group really, that was agitating for Quebec separatism, Trudeau made no apologies for how brutal he would be.

I think the response to terrorists should always be brutal, by the way; the trouble with Trudeau’s martial law is that it treated everyone as a terrorist, the whole province was essentially put on lock-down.

That was Pierre Trudeau — play-acting as a tyrant, like his friends Mao and Castro. But Justin Trudeau lacks his father’s — everything, really, other than his name and inherited wealth.

But we actually need a leader to do things now. The whole country is being shut down by the most pitiful group of protesters ever seen.

I don’t think we need to deploy the armed forces, as Pierre did.

On tonight's show, I'll discuss why it's almost like Justin doesn't mind the economy being shut down in order to block a pipeline.

NEXT: Aaron Gunn on the blockades.