A group of Freedom Convoy protesters who appeared to be Canadian Armed Forces veterans removed the barricade surrounding the National War Memorial in Ottawa before shovelling snow off the monument. 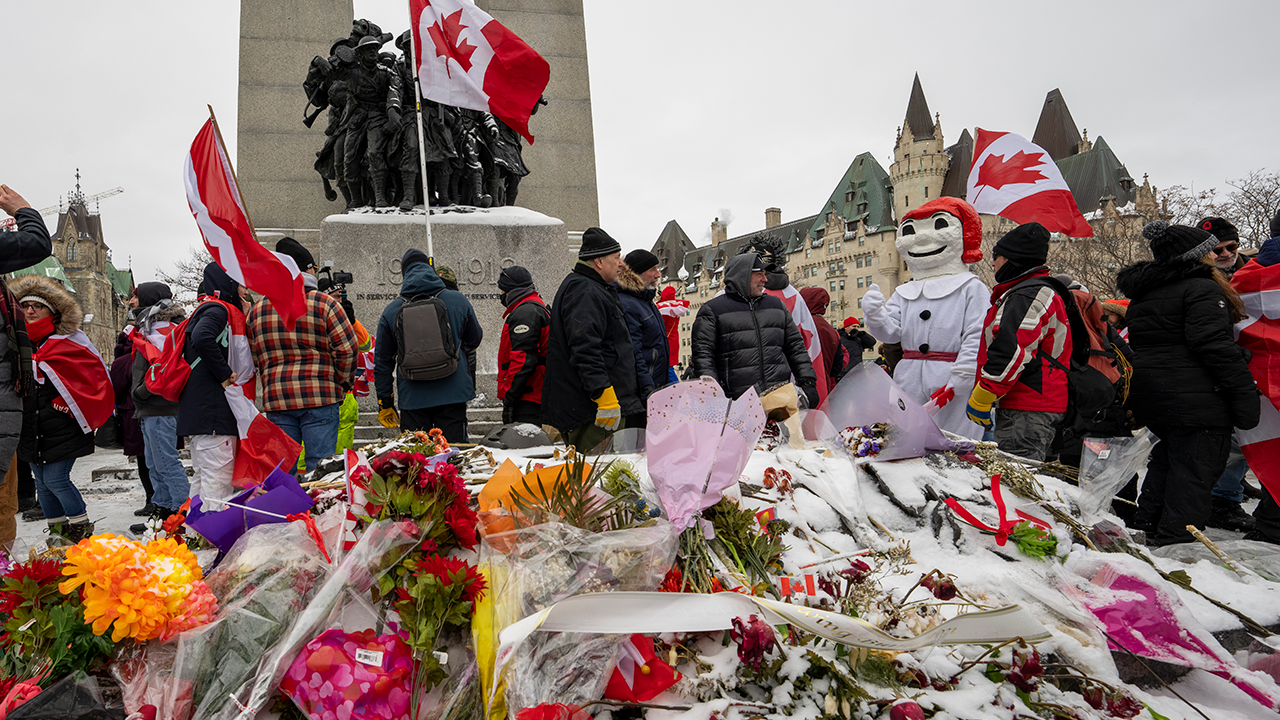 On Saturday, veterans of the Canadian Armed Forces took to the National War Memorial on Ottawa to remove the barricade surrounding the monument, and to perform some much-needed maintenance.

According to the veterans who spoke to some members of the press, the barricade surrounding the memorial prevented the city from maintaining it. The veterans showed respect to the monument by cleaning the ice and the accumulated debris around it, as shown on social media.

NEW: Protesters, many of whom appear to be veterans, are removing the fencing that was put up at the war memorial. Only two police officers that I can see, and they just showed up now as most was dismantled. pic.twitter.com/Aqvtnjkplw

Police who moved in to the location did not stop the veterans from removing the barricades or cleaning up the location. An attempt was made, to little avail. According to Global News reporter Abigail Bimman, Liberal MP Filomena Tassi’s office stated that the Public Services and Procurements department of the federal government erected the barricade and intends to replace it.

Following the barricade’s removal, the Royal Canadian Legion released a statement on social media condemning the veterans, as well as the police for their inaction.

“The National War Memorial is a site of collective remembrance & must be treated with respect,” the organization that ostensibly represents military vets wrote. “The removal of protective barricades & the reported inaction by those charged with safeguarding this memorial is deeply disturbing. Those who sacrificed for our freedoms deserve better.”

Their remarks were spurred on by the reporting of Canadian state journalists who’ve been painting a false narrative of the Freedom Convoy protesters as “white supremacists” and “Nazis,” in line with Prime Minister Justin Trudeau’s remarks about the truck drivers, farmers and their supporters in cities.

WOW. A veteran in Ottawa UNLOADS on CBC: “Get out of here!”

In scenes captured by The Post Millennial reporter Beth Baisch, one of the military veterans can be seen scolding a CBC state broadcaster for their skewed coverage of the ongoing protest, which has spread internationally.

“It has been hard for the government journalists at Trudeau’s CBC state broadcaster to find out just how deeply they are distrusted and hated. I mean, not hard enough for them to quit their government journalism jobs, but still,” remarked The Rebel’s Ezra Levant.

It has been hard for the government journalists at Trudeau’s CBC state broadcaster to find out just how deeply they are distrusted and hated. I mean, not hard enough for them to quit their government journalism jobs, but still. pic.twitter.com/uI1iCeVYyI

“The Legion head office has been colonized by woke, anti-veteran extremists,” said Levant in response to the Legion’s condemnation of the veterans at the memorial.

“They’re hated by the grassroots members (including me). Discount anything from this official twitter account — it’s obviously just Trudeau talking points,” he wrote.

“The Legion hired a leftist named Nujma Bond who has brought Critical Race Theory into the heart of the Legion. I remember when she freaked out that I had a book launch there. She said I was banned -- the local veterans laughed at her and welcomed me,” he remarked, explaining the organization’s descent.

“This is the perfect example,” Levant continued. “Actual veterans are taking down the atrocious fences around the war memorial and cleaning the place up. Police agree with it. But it embarrasses Trudeau, so Nujma Bond falsely speaks in the Legion's name, attacking the veterans. So gross.”

“P.S. I'm not a veteran myself -- but non-veterans can join the Legion in support. We buy memberships for any Rebel News staff, and before the lockdowns we held many of our events at Legion Halls, to spend some money with them.”