The Biden administration engaged with a non-profit group called Gen Z for Change to help identify top content creators to orchestrate a briefing about the United States’ role in the war. 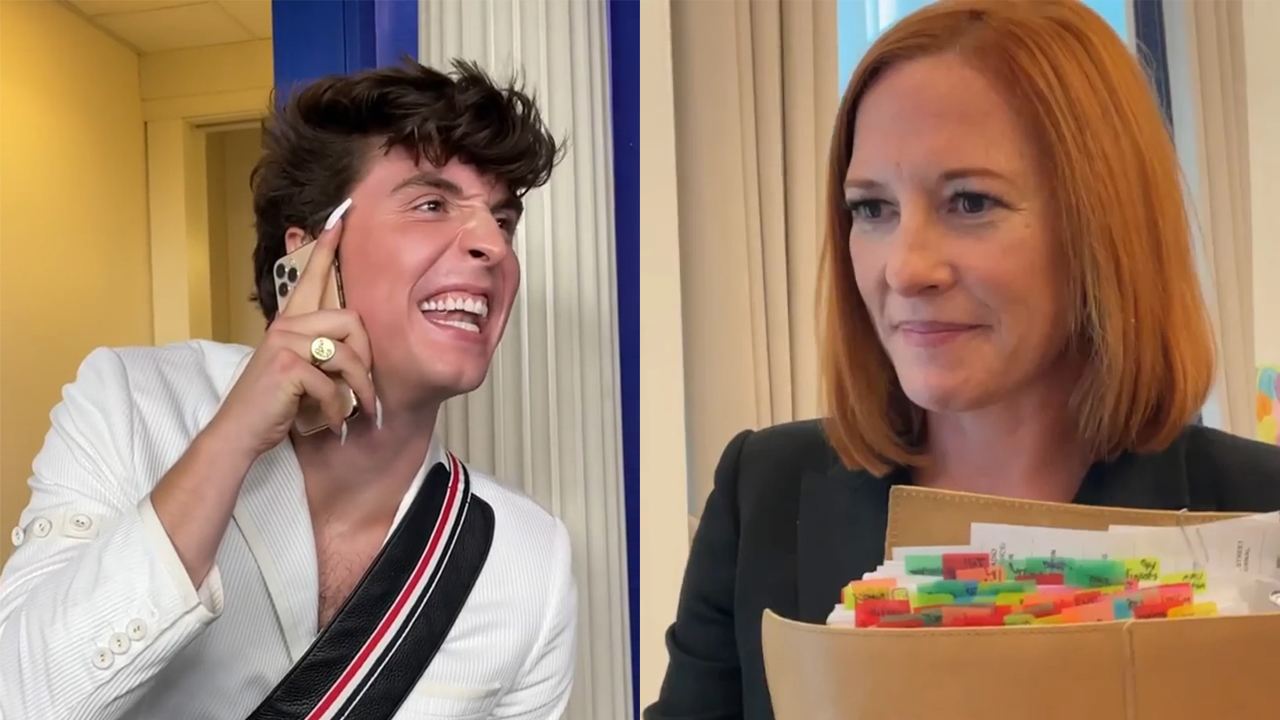 The White House invited a group of TikTok e-celebs on a Zoom call Thursday, presenting them with “key information” about the ongoing conflict in Ukraine to get the Biden administration’s message out to teenagers on the platform.

On Thursday afternoon, 30 TikTok stars were briefed by White House Press Secretary Jen Psaki on the United States’ goals in Ukraine, how the U.S. is coordinating with NATO, and what the Biden administration will do in the event that nuclear weapons are used.

The Washington Post reports that the virtual meeting comes as millions have turned to the Chinese-owned video-sharing social media platform for information on Russia’s “special military operation” in Ukraine.

The platform has served as a “primary outlet for spreading news to the masses abroad,” the Washington Post reported. “Ukrainian citizens hiding in bomb shelters or fleeing their homes have shared their stories to the platform, while dangerous misinformation and Russian propaganda have also spread. And TikTok stars, many with millions of followers, have increasingly sought to make sense of the crisis for their audiences.”

The Biden administration engaged with a non-profit group called Gen Z for Change to help identify top content creators to orchestrate a briefing about the United States’ role in the war.

“People in my generation get all our information from TikTok,” said 21-year-old influencer Kahlil Greene. “It’s the first place we’re searching up new topics and learning about things.”

According to the Washington Post, the briefing was led by Matt Miller, a special adviser for communications at the White House National Security Council, and Jen Psaki.

A recording of the call was published by the Washington Post, which details:

Biden officials stressed the power these creators had in communicating with their followers. “We recognize this is a critically important avenue in the way the American public is finding out about the latest,” said the White House director of digital strategy, Rob Flaherty, “so we wanted to make sure you had the latest information from an authoritative source.”

Following the call, influencers attending the event said they felt “more empowered to debunk misinformation and communicate effectively about the crisis.”

The fact remains that the Biden administration has become increasingly reliant on the efforts of vapid teenagers to produce and help perpetuate its narrative about the ongoing crisis and how it affects Americans.

Although the White House provided the TikTok influencers with talking points on the war, it did not appear to address concerns about surging prices at the gas pump and the grocery store. In recent days, Biden, when asked by reporters about the rising costs of daily living for average Americans, passed the buck to Russian President Vladimir Putin.

This is one of the TikTok stars that the White House invited on a zoom call to get briefed on Ukraine.

Her channel, which is just hundreds of videos of her dancing, is definitely the first place I would go to get Biden approved news on the war 🤡

The adults are back in charge. pic.twitter.com/yzxiPOsZ22