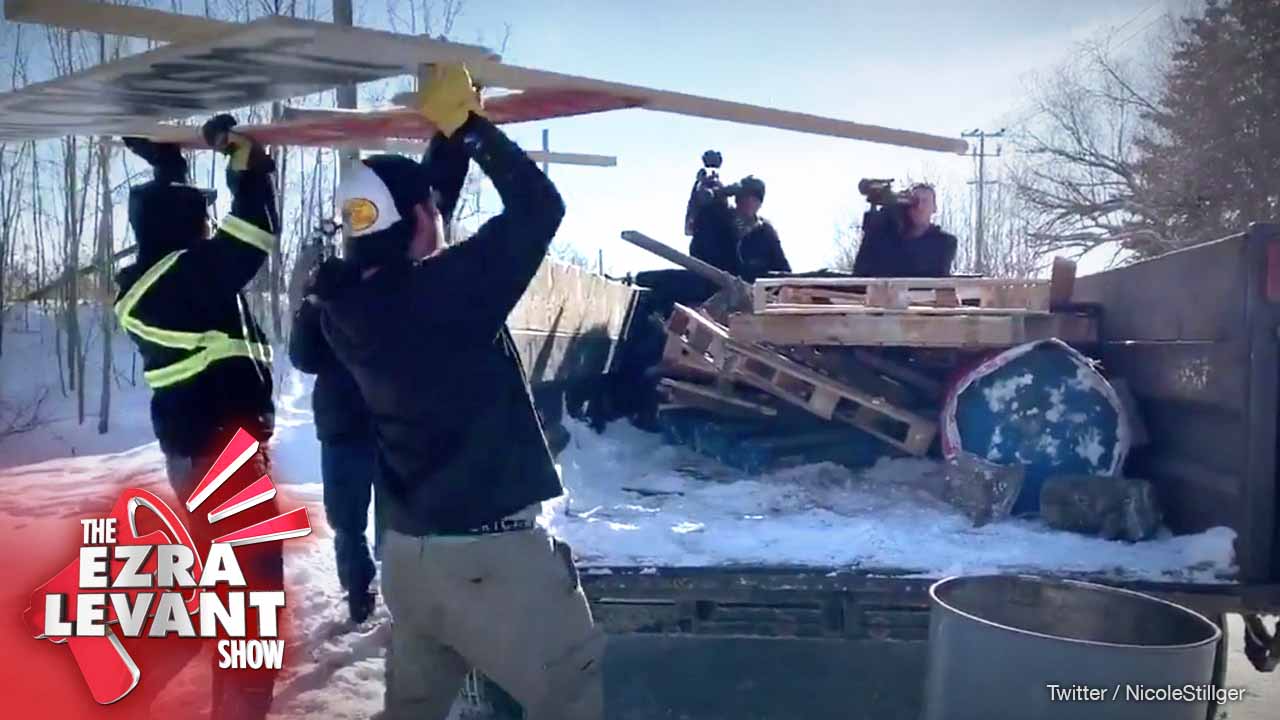 But that’s a lie right from the beginning, and it remains a lie no matter how many times Trudeau’s CBC state broadcaster says it.

In fact, all 20 of the Wet’suwet’en bands along the route support the pipeline.

Keean Bexte went up there to the original pipeline blockade a month ago and we managed to identify a few of the protesters who were actually blocking the pipeline route — they were professional protesters brought in from Ontario!

So a weird thing to fight against, especially when all the local Indian bands want it.

But these blockades are actually a test run for the real fight — blocking the expansion of the Trans Mountain pipeline expansion.

And so far, it’s working amazingly for them.

But yesterday, this happened:

A railway blockade in Alberta. That’s illegal. That’s dangerous. And the RCMP just stood there.

So some real men in Alberta decided to do something about it. TONIGHT I'll show you what happened.

I want all these people to know that if they are arrested by police for non-violently clearing illegal blockades — and I’m sure that will happen — we will provide a civil liberties lawyer for them, free of charge.

Peter MacKay, who is running for the job of Conservative Party leader, tweeted in support of these peaceful problem-solvers.

But then Andrew Coyne, the Toronto red Tory, called those Alberta boys "vigilantes," and there was a few seconds of twitter embarrassment for MacKay, so he actually deleted his tweet.

Now the RCMP has negotiated with the criminals who are currently violating the court order up there in northern BC, and they’ve apparently agreed to withdraw.

The police have agreed to obey the criminals.

Except more Alberta boys fixing problems with their own hands.

NEXT: Viewer favourite, lawyer Manny Montenegrino, joins me to talk more about these blockades.