‘The investigation is in the early stages and will be ongoing,’ said Cst. Chad Neustaeter in a statement. ‘Further investigation will continue once the structure has cooled enough to evaluate better.’ 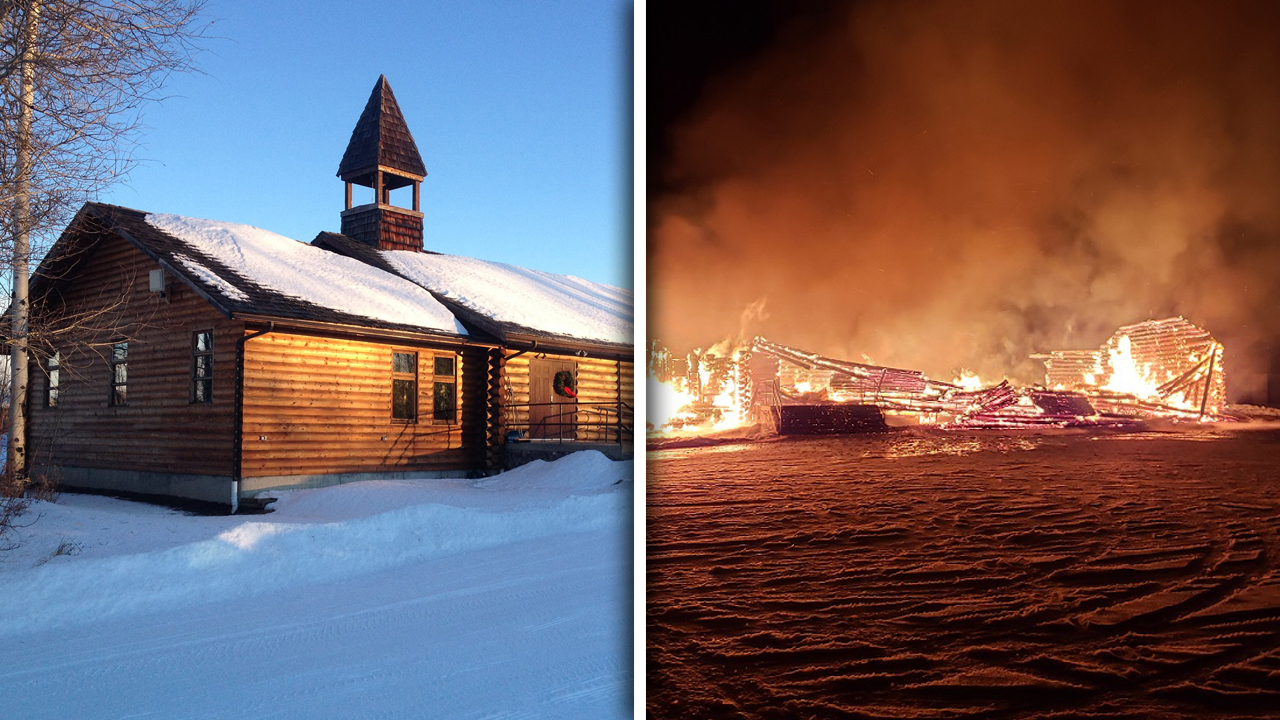 Fort St. John RCMP are investigating an overnight church fire in northern British Columbia that engulfed the entire structure but left no one injured.

"The investigation is in the early stages and will be ongoing," said Cst. Chad Neustaeter in the statement. "Further investigation will continue once the structure has cooled enough to evaluate better."

But, the police did confirm that no one was inside the church at the time of the fire.

The Pine Gospel community, still reeling from the devastating news, has relocated their worship services for its nearly 100 members to a nearby curling club. The chapel has also cancelled all Sunday School "until further notice."

"I'm still a little bit in shock, but I'm sure that God has a plan here for us," said Lawson Peterson, a trustee of the church.

Church elder Andy Burkholder was a kid when he helped build the log church nearly five decades ago.

"It is definitely a tough day, but from tragedy, there's always an opportunity, and that's what we're looking to," he said in an interview with Prince George Citizen.

While Burkholder did not speculate on the cause of the fire, which began a few hours after it closed Thursday night, he informed the publication that he was the last person in the church on Friday before closing its doors for the night.

"The highway guy drove by at 11:30. It wasn't burning," he added. "Shortly after 12, it was going through the roof already. As a log building, it went very fast."

But in light of the tragedy faced by his community, Burkholder said the church congregation is "coming together well."

He thanked members of his community for offering aid and continuing to help those most impacted by the blaze.

"It is appreciated," said Burkholder. "That is what community is about."