China discovers new mineral on the moon, may have potential as new fusion energy source

'It provides fundamental scientific data for future assessment of helium-3 in lunar samples and their exploration,' Wang said. 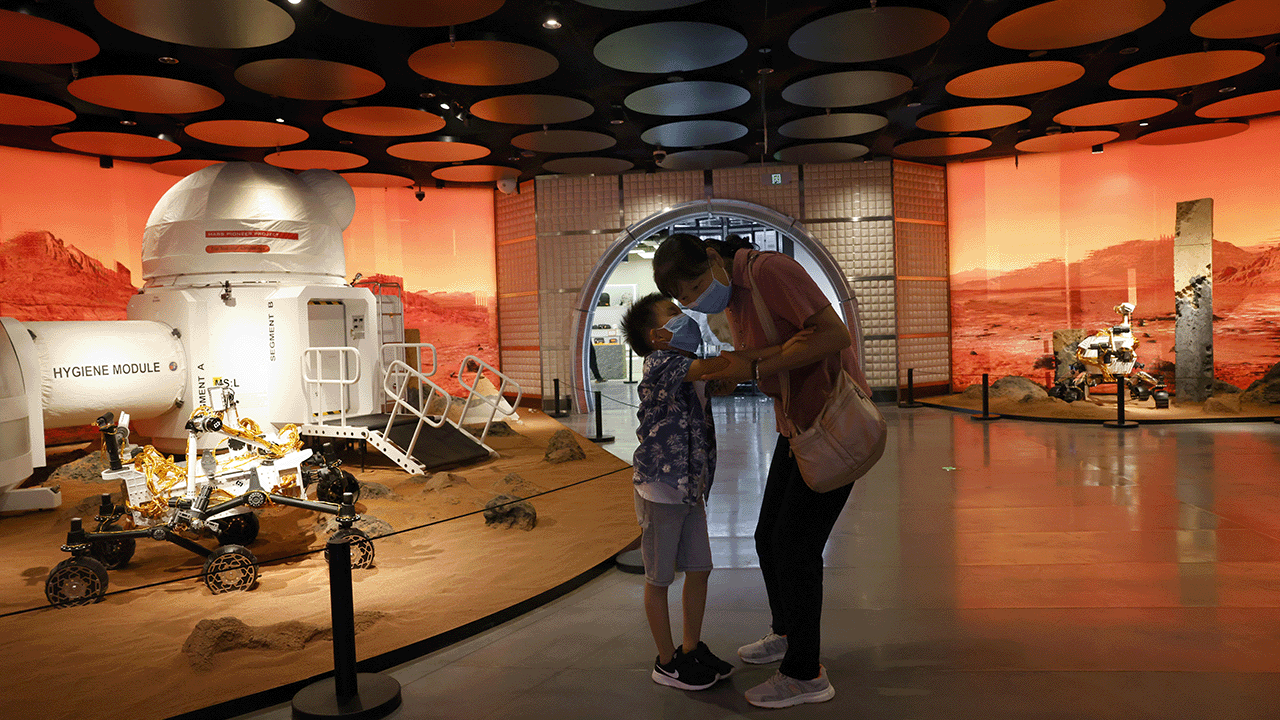 Chinese scientists have discovered a new mineral on the moon, making China the third country to find lunar material after the U.S. and the former Soviet Union, which carried out the Apollo crew lunar landings and Luna sample return missions.

The South China Morning Post reported Friday that the mineral, dubbed Changesite-(Y), named for the mythological Chinese goddess of the moon, was discovered in moon material samples obtained by China’s Chang’e-5 mission in 2020. The mineral may have properties that make it suitable for fusion fuel production.

The sample was analyzed and confirmed by the International Mineralogical Association as a new mineral, New Atlas reported.

Wang Xuejun, an official with the China National Nuclear Corporation said that researchers at the Beijing Research Institute of Uranium Geology made the discovery using X-ray diffraction while studying samples collected on the moon.

“It provides fundamental scientific data for future assessment of helium-3 in lunar samples and their exploration,” Wang said.

He added that the particle is roughly one-tenth the size of a human hair, and is the sixth new mineral discovered on the moon.

“[The discovery] provides more basic scientific data for the evaluation and development of lunar resources and has deepened mankind’s knowledge of the moon and the solar system,” said Dong Baotong, vice-chairman of the China Atomic Energy Authority. “China has also become the third country to retrieve lunar samples and discover new lunar minerals after the US and Russia.”

Helium-3 is thought of as a promising potential fuel for nuclear fusion. With two protons and just one neutron, it's unique as the only known stable isotope of any element that's got more protons than neutrons. Theoretically, a deuterium/helium-3 fusion reaction would liberate 164.3 megawatt-hours of energy per gram of helium-3 – and crucially, neither the helium-3 or its reaction products are radioactive, so they wouldn't turn reactor components into radioactive nuclear waste disposal headaches like a deuterium-tritium reactor will.

There are downsides – a helium-3 fusion reactor will need to operate at much higher temperatures than a tritium reactor, for example, and helium-3 is extremely rare and difficult to isolate on Earth. Indeed, the main way it's produced today is by waiting for tritium in nuclear warheads and related stockpiles to decay, then drawing it off in tiny amounts, totaling about 15 kg (33 lb) per year. It's naturally present in the Earth's atmosphere, but at tiny 7.2 parts per trillion concentrations. It's also present in primordial gases in the Earth's mantle, but generally inaccessible.

The discovery was unveiled before China’s moon festival, which takes place on the 15th day of the eighth month in the Lunar calendar.

The Chang'e 5 mission landed in Oceanus Procellarum in December 2020 and was the first lunar sample return mission since the 1970s, bringing 3.81 lbs (1.73 kg) of lunar samples to Earth for study.