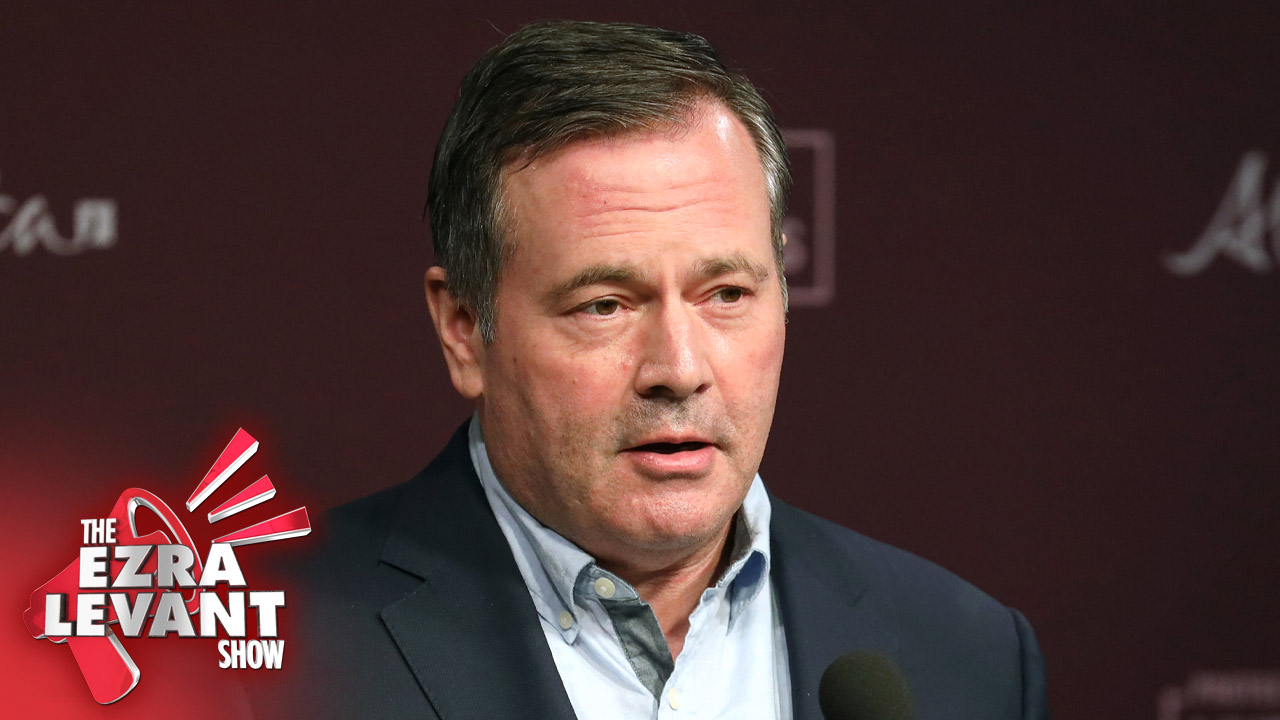 Alberta moving from the freest province to the least-free. I didn’t see that coming.

You know what a curfew is, right? It’s what parents give to their teenaged children. Be home by 10 p.m.! Or whatever. Because they’re children. They can’t make decisions for themselves, at least on certain things. And a teenager can get up to special trouble at midnight that they might not get up to at mid-day.

But the thing is: they’re children. There are some other times for curfews too — in a time of a genuine public safety emergency, like widespread riots that are ongoing. Reading the riot act is a form of curfew, really. But again, that’s for criminals. Not law-abiding people.

I guess a quarantine is a kind of curfew. But again: that’s for sick people. That’s where the word comes from — quaranta giorni, forty days, that’s how long ships had to wait before entering the port at places like Venice, in the Middle Ages, to make sure any sickness in the ship had burned out.

But a curfew, for adults, who have committed no crime, and are not sick? That’s a police state. That’s treating law-abiding, health adults like criminal, sick children.

Except that even some criminals get out for parole.

Look at our footage from Montreal.

Yeah. That’s a curfew. Lots of cops chasing non-criminals. And with all those cops, you’d think there’d be the rule of law.

But it’s sort of the opposite, isn’t it? It’s whatever the individual cop’s temperament is. And this case, they sure don’t like the religious Jews of Montreal, do they? I wonder how the curfew will be applied to different communities. An Indian reserve; a poor neighbourhood where nobody has big backyards to play in, versus a rich community where everyone has a big backyard.

Of course there is no science here. Does the virus bite you at 8 p.m. but not 7:59 p.m.? Of course not. It’s conditioning. It’s obedience training.

Now that’s Quebec — they had the FLQ crisis, they had the War Measures Act. But it was over in a couple of months. And there really was a terrorist group blowing things up, killing people. What’s the excuse now?

Maybe they’re more used to the authoritarian strong-man type ruler; a bit of a Napoleon complex of some sort. They’ve had their authoritarians, like Duplessis.

I dispute completely the assertion that nobody wants this, that everybody is tired by this. That’s manifestly wrong. There are a lot of people — too many — who are absolutely having the time of their lives.

The public health deep state is running the show. Anonymous bureaucrats you never heard of or voted for are now unrestrained tyrants. Parliaments are shut down or slowed down; courts the same thing. But these little dictators say and do what they like. They love the celebrity.

I mean, it’s incredible, but B.C.’s public health officer, Bonnie Henry, actually took a few hundred hours off from this “emergency” to write a book to cash in on her celebrity status. Imagine that.

The lockdownists love it. The vaccine companies love it. Each new variant is a new opportunity for a new product line. A third jab, maybe a fourth. That’s not speculation — we showed you it’s part of Pfizer’s investor pitch these days.

But is it really so bad in Alberta that it demands a curfew?

Actually, no. This is from Alberta Health’s own stats. The death rate was high in January–February. But it has plunged to, what, a quarter of that level? Just one person died yesterday. I know it’s sad. But why would there be curfews now, when things are so much lower than just a few months ago?

The hospitalization rate? There are 151 people in intensive care from the virus. That’s not good. But Alberta has 106 hospitals. So, not quite each patient having a hospital to themselves, but pretty close.

But think about curfews. I no longer have the good fortune of having my own grandparents around, but in their golden years, the thing about grandparents, at least in their 80s and 90s, is that they go to bed a bit earlier than young people, and they don’t actually go out quite as much.

You don’t see a lot of people in their 80s and 90s just tearing up the clubs at 1 a.m. on a Saturday night.

And that’s how old these victims are. No-one under 20 has a died in Alberta from the virus.

And this is even more important: Of those who have died, 97 per cent had a serious pre-existing health condition, like cancer, heart attack, stroke, dementia. In fact, 76 per cent had three or more! Or more!

So, back to the curfew business: if the average person who passed away from the virus was a 81; and the average victim had not one not two but three or more very serious health conditions — are any of them out and about after 8 p.m.? Seriously?

You might see people in their 80s out and about at night. But if they have dementia and diabetes and cancer? I’m sorry, I just don’t think that’s who’s out at night, grabbing a midnight snack at a diner, or going to a late movie. I just don’t buy it.

So why a curfew? Why punish the young and healthy?

And punish is the word — did you hear the part about registries — so you can’t get your drivers licence. Again, lots of people in their 90s don’t drive anymore. But people in their 20s and 30s sure do — they need it to earn a living. The healthy need it. But they’ll be punished,.

And the worst part off all this is that Kenney is giving that power to the abusive virtue-signalling mayors around Alberta — the Naheed Nenshis and Don Ivisons of the world.

The government of Alberta put out this page announcing their new brutal plans.

Let me quote some excerpts. This is from the premier:

“We have no choice but to implement these targeted measures.”

Yeah, no. You do, actually. No other place in North America has a a curfew — other than Quebec. It’s bizarre to say you have no choice. You are the chooser — the premier is the chooser. Isn’t he? Is someone else?

Here’s the health minister: “No one person or community is to blame, but the evidence is showing that certain areas are experiencing significantly higher spread.”

Well, actually, a curfew punishes the young, especially, and the poor. For a disease that targets people in their 80s and 90s. Why the bizarre focus on people who just aren’t involved?

And this is from the unelected health tyrant: “But if we can muster the strength to make it through these next few weeks.”

Does anyone believe them anymore?

Look at this: “While schools remain a safe place and are not a main driver of community spread, in order to limit in-person interactions, all junior and senior high school students (Grades 7 and above) will shift to online learning.”

So they admit there’s no science behind it. But they’ll do it anyways.

“All indoor fitness activities are prohibited.”

Oh. So, just stay home and watch Netflix and order in fast food.

Say: are there a lot of 90 year olds going to gyms and yoga studios and playing team sports in Alberta? Or is this just being vicious?

I’m not being hostile to people in their 80s and 90s. I’m saying: if you really care about them — why are you punishing young people? How on earth does that help anyone? It’s such a disgrace.

You know, I don’t remember if I mentioned it yet, but our Fight The Fines project now has 1,058 clients. We are helping literally 1,058 people across Canada who have received lockdown tickets. We’ve already won 26 just by lawyering up — the prosecution dropped the case because they know they’d lose.

GUEST: Senior contributor to The Federalist Benjamin Weingarten (@BHWeingarten on Twitter) joins me to discuss U.S. President Joe Biden's address to a joint session of Congress, where, given the subject matter of the speech, it sure sounded like Ben's book American Ingrate: Ilhan Omar and the Progressive-Islamist Takeover of the Democratic Party is more relevant than ever.