Alberta's new law fights back against railroad blockades, but why? They don't enforce existing laws now 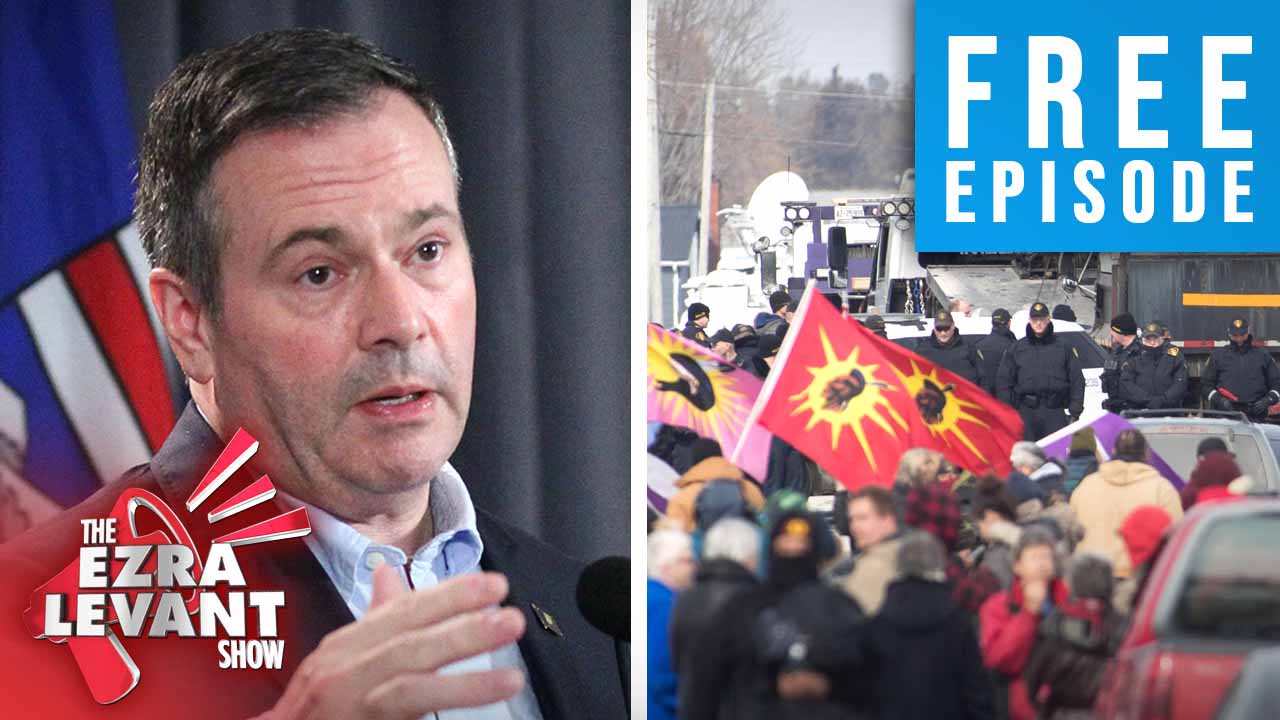 Teck Resources cancelled their $20 billion oilsands mine. Can you blame them?

We showed you on Monday what the company said — they said Canada is just too risky, politically. Which insane, given the other countries that Teck Resources feels comfortable operating in, including Latin American countries that are going through violent uprisings. Teck isn’t pulling out of those jurisdictions.

Yesterday Jason Kenney, the premier of Alberta, gave more information that wasn’t in Teck’s letter. Kenney revealed that the company was told that Trudeau wasn’t going to approve their mine. Teck isn’t dumb — they’ve dealt with authoritarian rulers before. They know what it’s like. They’re out.

One more thing Kenney said was that it was specifically Trudeau’s refusal to uphold the rule of law that was on Teck’s mind when it decided to bail.

Canada is lawless. Not just for companies wanting to invest $20 billion in a project, but for everyone. Yesterday Toronto’s Union Station — the most important train station in the city, connecting Via Rail, and commuter trains, and all the subway trains in the city — was on lockdown because of a handful of low-energy, low-commitment thugs being ushered around by the usual left-wing suspects.

It would take police twenty minutes to clear them out. But Trudeau, and Ontario premier Doug Ford, and Toronto mayor John Tory, all chose to bend the knee to the mob.

Each of them has a police force, but all three men ordered their cops to stand down.

Now, in Alberta, there is no provincial police force. It’s city police forces, like in Edmonton and Calgary, and the railways have their policemen, and then there’s the RCMP, which is really Trudeau's RCMP now, so they're no help.

But this cancelled mine is in Alberta. So what’s Alberta going to do?

It defines "essential infrastructure" to include refineries, pipelines, train tracks, highways, oil sands, coal plants and so forth.

Now here is what will be prohibited if the bill becomes law:

Obviously this is already covered under other laws, both civil and criminal. I like part 4, though:

No person shall aid, counsel or direct another person to commit an offence under subsection (1), (2) or (3), whether or not the other person actually commits the offence.

So that targets the environmental activist bosses back in Toronto and Vancouver and San Francisco. I like that part.

However, I have to tell you, the penalties and fines outlined in this bill are pitiful.

I like that a corporation’s directors are liable. But again, they already are under the law.

But there’s the problem, isn’t it? Who is going to arrest anyone? The RCMP?

Or is it Edmonton’s police, who literally held back traffic to assist environmental extremists shutting down the roads a few months ago.

What exactly is new here, other than another piece of paper? Don’t we have enough pieces of paper? A court order ordered the blockaders out of the Coastal Gaslink pipeline construction zone in December. It was the latest in a series of orders. The protesters just laughed.

There are enough laws afoot to stop these blockaders in a day. But neither the police nor the prosecutors will lift a finger.

I did a video a few months back on how another jurisdiction is taking on eco-extremists. They have a bill against what they call riot-boosting.

It specifically allows private parties to sue for damages. So you don’t have to wait for a lazy Red Tory like Doug Schweitzer, or Trudeau’s RCMP to take action — you can take action.

And my favourite part is that you can sue the eco-extremists for your damages, times three. So, say you have a company that lost $100,000 because of a rail blockade. They can sue for $100,000 times three.

That’s not in Alberta’s new law. Alberta’s new law — just really restates what’s in the old law. With laughably small fines. The Tides Foundation has poured tens of millions of dollars into the fight against the oilsands. And there's a fine of $1,000? Canadian mini-dollars? This law is a joke.

This law could have been drafted by Justin Trudeau himself.