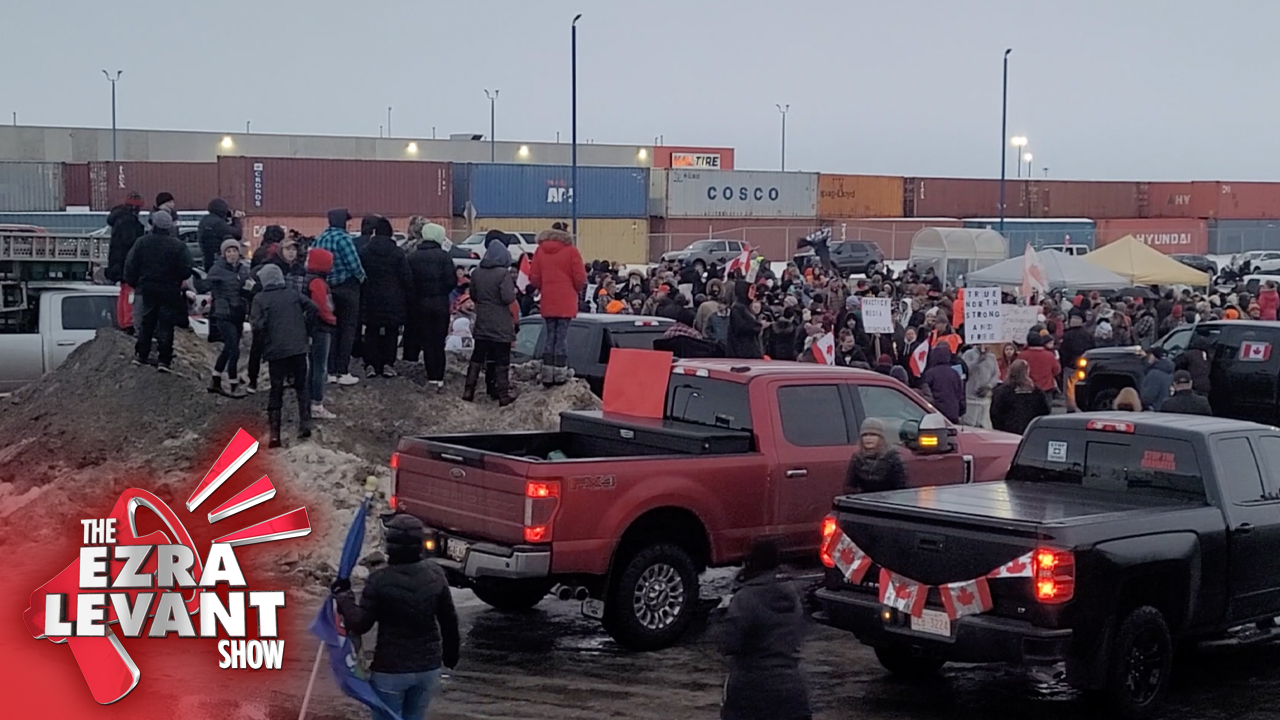 I bet you’ve seen this in an email or on social media:

It’s a crowdfunding campaign on GoFundMe to raise money for the convoy of trucks across Canada, converging in Ottawa, to protest Trudeau’s bizarre and unscientific and destructive and punitive vaccine mandate for truckers.

Last I checked this morning, the GoFundMe had raised more than $3 million. That’s incredible — that’s got to be one of the largest crowdfunds in Canadian history.

The convoy is actually a series of convoys from different parts of the country, converging in Ottawa in about a week or so. The purpose is to protest Trudeau’s bizarre requirement that truckers — perhaps the most solitary profession, alone in their trucks all day — be forced to get a vaccine or to lose their ability to work. It’s punitive; it’s not about public health; it’s about attacking small businessmen and entrepreneurs, which many truckers are. They are free spirits, independent, I’m guessing there aren’t a lot of Trudeau voters in the trucking community — just a hunch.

Besides the obvious point that there is no public health rationale here, there’s the small matter of the supply chain.

I see that Jason Kenney is tweeting about supply chain issues. That’s a utilitarian reason — we need them to work for us.

And here, watch a reporter repeatedly try to ask Erin O’Toole to comment on the convoy:

I think the reporter who was asking him questions was this guy, Glen McGregor. Here’s a tweet he did yesterday.

Statement from GoFundMe to CTV News about the fundraiser for #TruckersForFreedom Freedom Convoy 2022 that has raised $2.5 million. pic.twitter.com/1SIALRLAey

And he shows a response that the crowdfunding website GoFundMe gave him — he obviously was asking them if they were going to cut off the truckers; and it sounds like they were working with the truckers to ensure that everything was compliant.

Say, do you think that’s real journalism? Or is that mob cancel culture?

And I don’t think it’s a coincidence that Trudeau’s disgraced hatchet man, Gerald Butts, has done a dozen tweets attacking the convoy.

An Alberta separatist has collected almost a million bucks on a GoFundMe page to “support” trucker protests. Where will the money go? 🤷‍♂️

The murky matter of protests and the donations that drive them - Truck News https://t.co/lRvBikC1MI

All the institutions that could be bought off — all the media, all the truckers associations, all the politicians — they’re not in control of this anymore, are they? And they took on a very independent-minded group of Canadians — truckers — didn’t they?

And this thing has just started, it has a week to go, and it’s already mustering thousands, tens of thousands of people along the way, isn’t it? And the money that’s been raised — that’s a barometer of how much people care, isn’t it? None of that money has actually been released to the organizers yet; I think it will be, but it might never be; but the hugeness of that number shows how much people want this protest. And it should shame every so-called check and balance in our system who has failed this past two years.

I’m very proud of the fact that we’re embedded in this convoy — two of our journalists, Mocha and a young reporter named Selene. And we have reporters covering it in other cities too.

We’ll show you what’s really happening — not just the smears by Gerald Butts and the rest of the disgraced bought-off media.

Stay with us for more on this.