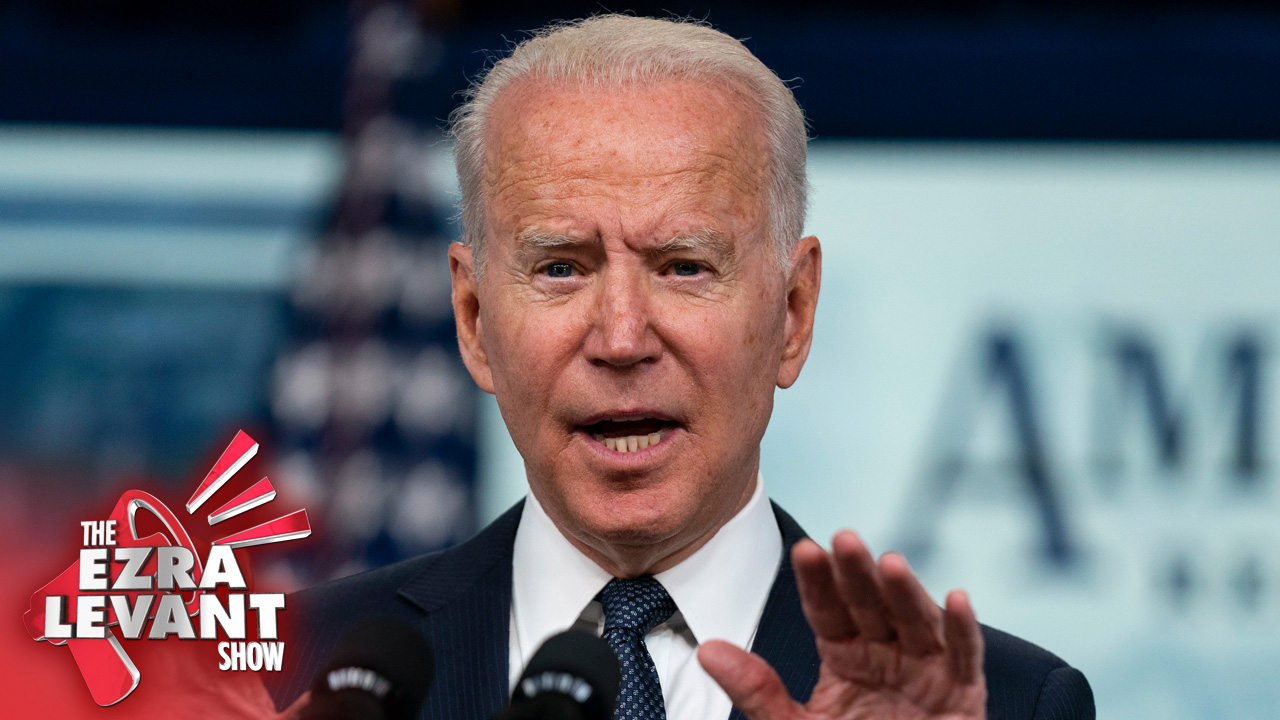 Big Tech censorship is out of control.

You can say that the 2016 U.S. presidential election was unfair, for example — that Hillary Clinton actually won. But you can’t say that about the 2020 presidential election. That’s pretty specific, isn’t it? You can’t promote ivermectin or hydroxychloroquine as remedies for COVID-19. But you can recommend them for any other malady, even ones you make up. You can say you’re the King of the Moon and that’s fine; but if you say that a transgender athlete is a “he” instead of a “she” on Twitter, that’s called “misgendering” and you’ll be censored.

It’s pretty extreme. But it’s not extreme enough for Joe Biden in the United States, or Justin Trudeau in Canada.

Take a look at this clip from Jen Psaki, Joe Biden’s spokesman in the U.S.

There’s a lot in there. The government is tracking 12 people they hate. They’re not criminals. They’re not breaking the law. They’re just saying things the Democrats hate. And they’re being tracked. Imagine if Trump or Harper had done that to liberals.

It’s not just a subject of disagreement, according to Psaki; it’s “harmful.” And “Facebook needs to move.” So that’s an instruction. They need to. They just have to do it. And in case this wasn’t clear enough, they’ve been in constant touch with Big Tech companies — making proposals, engaging with them. To censor people they hate — I wonder who those 12 enemies are! — and to promote “quality” information.

Which of course means people who agree with them.

Here’s a Fox reporter asking a question you’d think every journalist would ask: are you spying on regular people?

Fox News reporter: "For how long has the administration been spying on people's Facebook profiles…?"

.@PressSec Jen Psaki: "Well, that was quite a loaded and inaccurate question which I would refute." pic.twitter.com/9qIh1XYT6E

I thought this part was creepy: Psaki is saying she wants all of the Big Tech companies to act as a cartel — if you're banned from one, you’re banned from all. She’s saying the quiet part out loud!

Look at this. Another reporter from a different network asks a question — why isn’t the government going harder!

Geez, I wonder who gets to define “problematic” for the government? This is kinda concerning. Press Secretary Jen Psaki says that the Biden administration is “flagging problematic posts for Facebook” to censor pic.twitter.com/pa0xVfycLn

They’re flagging posts for Facebook? They’re not flagging them hard enough already? So, just as a friendly help? Because Facebook doesn’t have enough staff? They might miss something? So the White House is just helping a company do it’s work? Senior staff are pressuring Facebook?

But, no, they’re not censoring anything themselves! Keep that in mind!

WATCH: Facebook used to block "lab leak theory" content, @pdoocy says, so aren't you concerned "things you're trying to block or take down might someday turn out to be accurate?"

Psaki dodges, saying "We don't take anything down." No, they're just pressuring Facebook to do so. pic.twitter.com/IsdjIoeNWg

Facebook is already the world’s largest censor — censoring people in almost every country (I say almost every country, because they’re not allowed in China or a handful of other authoritarian countries that don’t want to outsource censorship to Facebook — they want to do it themselves.)

Two billion people are censored by Facebook. And the thing about that is — you’re often being censored by people in other countries, who have their own illiberal authoritarian traditions. I mean, who is this woman, and how is she in charge of anything to do with you?

“Free speech is not an absolute human right,” says Helle Thorning Schmidt, member of Facebook’s Oversight Board and former PM of Denmark. “It has to be balanced with other human rights.”

How does that translate to content moderation? It must strike a balance, find a middle. pic.twitter.com/E5reaQ2bnk

That’s a former Scandinavian politician. But now she’s on Facebook’s censorship committee. Along with this failed British politicians. They’re the ones who decided to censor Donald Trump. Foreign meddlers.

Speaking of foreigners, let me show you something from a left-wing Danish TV station. This was on YouTube, by the way, but they took it down. Let me give you the background:

Tommy Robinson was set to go to Copenhagen for a free speech award and this local TV station wasn’t happy about it. They don’t like Tommy Robinson, they think he’s intolerant. And they don’t tolerate intolerance! So they were going to do a show condemning him. And they put on their Facebook page a post asking their viewers to help them.

So if I’m not clear: they hate Tommy Robinson. They were going to attack him. But when they simply put his name and face on their Facebook page, it was deleted by Facebook. And they couldn’t believe it, they had never been censored before. The left-wing TV station, I mean. They just always thought it happened to the bad people, like Tommy Robinson, not to the good people, like them. So they called up the Facebook boss for all of Scandinavia to ask him about it. And you’ve just got to watch a few minutes of this. It’s amazing.

I’d show you the whole thing but we don’t have time for that; you can’t find this video on YouTube by the way, you have to go to a dissident video site called Bitchute. It’s worth watching — this Facebook guy can’t actually name anything Tommy Robinson did or said that promoted violence, but he equated him with a terrorist, I’m serious. You can only denounce him — not praise him, and not even just say what he says.

So that’s what happened. But look at what the Facebook boss said: there is a list of people who are blacklisted, you can’t see who’s on it, you can’t appeal, you can’t get off it, and just trust us.

That’s from years ago. Imagine them now. And now they’re going for 12 people — they won’t say who — who have the wrong ideas about the pandemic.

Funny, because what is a wrong idea about the pandemic? Is it still wrong to say the virus came from the Wuhan Institute of Virology? Becacuse that’s what was banned last year. Is it still banned this year?

I just showed you Jacinda Ardern, and I thought she was an extremist. But she’s no worse than that American.

And, of course, then there’s Canada.

Got it. If we want to really democracy-ize our democracy, we’ve got to censor our democracy. Democratically, of course.

My friends, it’s about to get worse.

GUEST: Our FightTheFines.com Legal Coordinator Victoria Solomon joins me to provide an update on the status of our largest civil liberties project to date.