Antifa is trying to burn down America. Can Trump beat them? And whose side is Canada on? 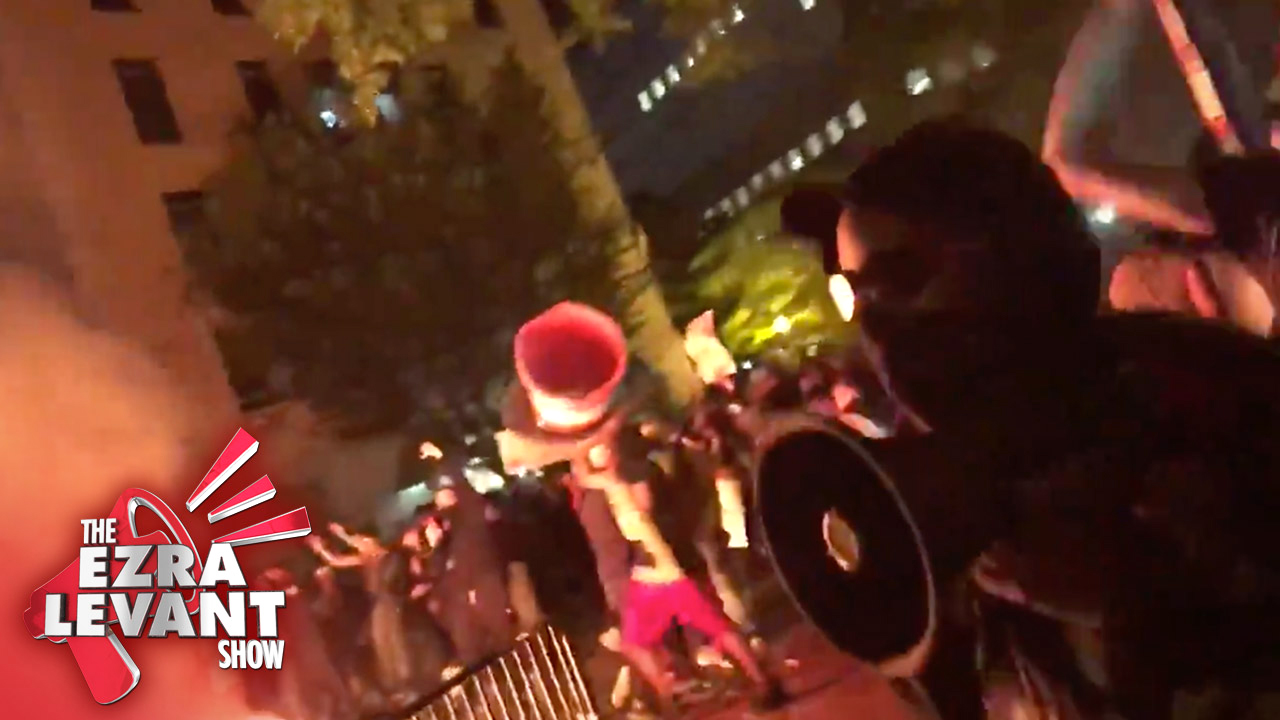 I’m sure you’ve seen the shocking footage from across America — protests, riots, arson, vicious assault. Some of it peaceful. Much of it not.

Much of it committed by masked men and women — a strange thing, now that masks have been normalized in public life, which they never have been in the West.

It was nominally in reaction to the killing of a black man named George Floyd by a white police officer named Derek Chauvin. Chauvin has been fired as a cop and charged with a crime. hauvin’s wife, a woman of colour, has filed for divorce from him. Chauvin had a raft of complaints against him before, none of which obviously took him off the force. There are a lot of questions to be answered.

But those answers will not likely be found in downtown Montreal, where a march in solidarity with Floyd led protesters to... smash through the windows in a guitar shop and steal guitars. Because you know, a Quebec guitar shop is the perpetrator of a possible murder in Minnesota; and stealing the guitars will set things right.

If you think I’m going too far, well that’s exactly what the media is saying.

In fact, they’re saying that these riots — often in black neighbourhoods, with Black Lives Matter signs, in support of a black victim, the media are actually saying it’s — get this — far right white supremacists.

Charles Palmer, an NBA journalist, was literally cheering for the fire — until they started to get a close to his fancy gated community:

"Get these animals TF out of my neighbourhood. Go back to where you live.”

There are peaceful protesters who are upset about the world, about being locked in their homes for two months, who want to go out and do something positive. I think there are people of good faith amongst them. But as I'll show you TONIGHT, there is plenty of evidence that peaceful protesters were infiltrated by the violent leftist group, Antifa.

I don’t know who is behind it. I know that George Soros has supported Antifa in the past — he brags about sponsoring civil unrest around the world, including outright revolutions. Why wouldn’t he try to do the same in America, against his nemesis, Donald Trump?

As I write this, Donald Trump has yet to address the nation. I wish he would; it’s time that he did.

He has tweeted a lot, including asking governors to get tough, to call in the national guard. But we need something grander, something to show solidarity with the communities that have suffered from the riots, and to say that these riots are over.

Trump has vowed that Antifa will be declared a terrorist group.

I hope so, but I’m not yet convinced.

But one thing I’m absolutely convinced by is that Canada, under Trudeau, will not follow suit.

After all, Trudeau relies on Antifa thugs for his agenda, just like Obama did for his. (You don’t actually believe that those railroad blockades we witnessed earlier this year were a natural, organic act, do you?)

NEXT: One of our newest Rebels, Anna Slatz, is now in Washington, DC, covering the ongoing protests and riots. She joins me via Skype to talk about what the situation is like now.