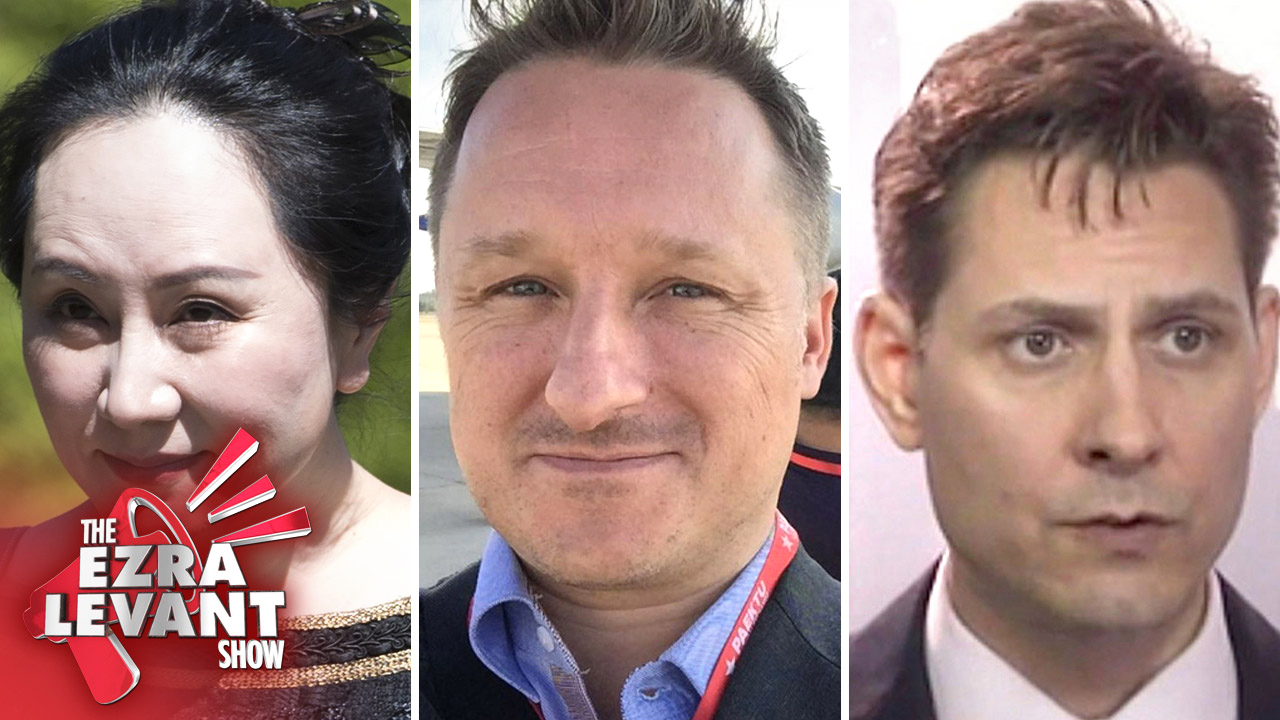 Which country had committed sin to African people in history, which country is more friendly & respectful to Africa today, which is sincerely supporting development of Africa? African people have their own judgment. They don’t need American white supremacist govt to speak for them.

Imagine saying that at all —let alone imagine being China saying that.

China, that has a million Uyghurs in a mass internment camp; China, that invaded Tibet and had an ethnic cleansing project of bringing in millions of ethnic Chinese people to dilute the Tibetan people in their own country.

China, that declared that black people from Africa were a source of the coronavirus.

And here’s what their counterparts in Canada look like:

China has repeatedly rejected suggestions there is any connection between its detention of former Canadian diplomat Michael Kovrig and entrepreneur Michael Spavor and Canada’s arrest of Ms. Meng in December, 2018, on an extradition request from the United States.

On Wednesday, however, a top spokesman for China’s Ministry of Foreign Affairs linked the two matters.

Our government is compromised.

Justin Trudeau’s own brother, Alexandre Trudeau, wrote a pro-China propaganda book that was literally published by the Chinese dictatorship, called Barbarian Lost: Travels in the New China. As in, we westerners are Barbarians; China’s dictatorship is the civilized one.

The Chinese Communist Party has assets deeply within the Canadian government. Our foreign minister, the brother of the prime minister, and obviously Trudeau himself.

Huawei, the Chinese Communist Party-controlled tech company that is the centre of this political battle, are a big donor to the Liberal Party's think tank, Canada 2020. They even had their corporate logo on Canada 2020’s home page until the hostage crisis.

Huge Chinese donations to the Trudeau Foundation too.

Which brings me to this latest move:

Did they not miss that an actual court had an actual hearing and Meng Wanzhou lost, and a neutral, non-partisan Canadian court said Wanzhou committed what, on the face of it, is an illegal act in Canada, and that the extradition process should proceed?

And this is timed coincidentally with the Chinese Embassy making the same demand?

TONIGHT I'll take you through this disgraceful, un-Canadian letter. I'll show you some of the fancy people who signed it — you need to know more about them, and I've got all the background information.

There are a number of things in this letter that are word-for-word what the Chinese Embassy has been saying.

The only good thing I can say about it is that the signatories have done us a favour by signing it, and thus outing themselves. We now know who the apologists are.

How many of these very senior establishment figures who signed this letter have taken cash from China? Directly or indirectly?