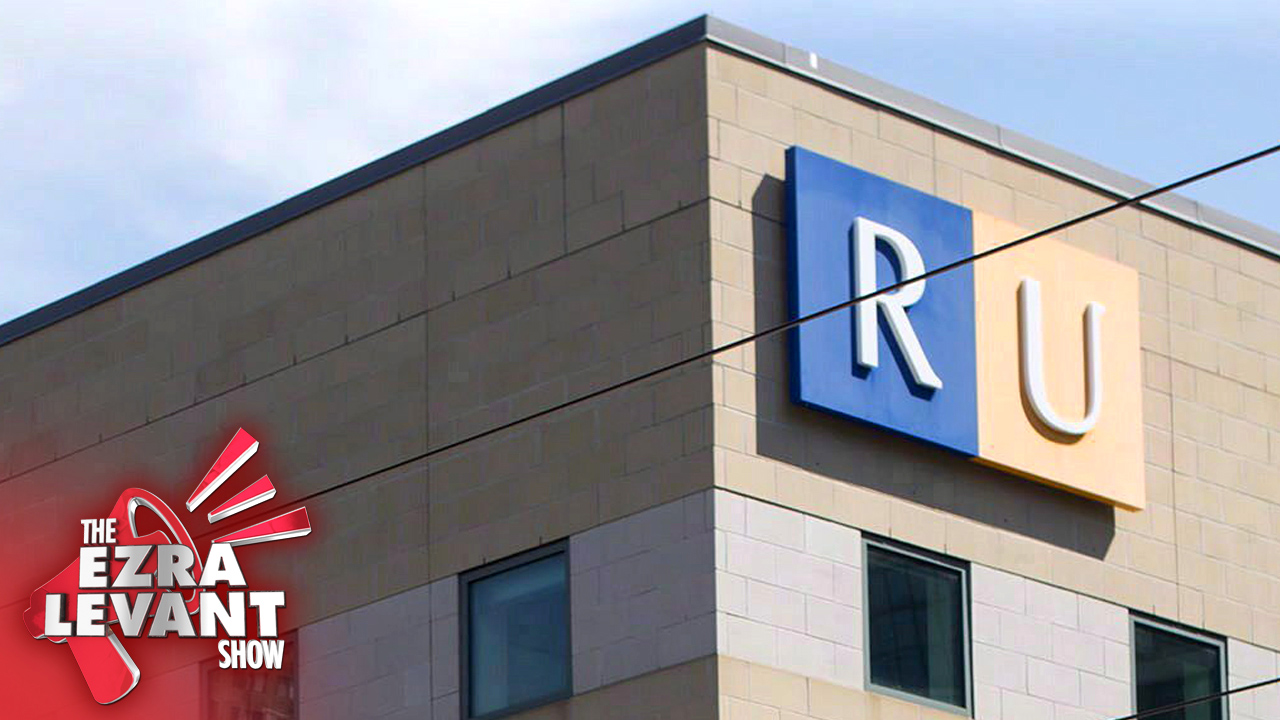 You know, I think the only person in our whole company who has a journalism degree is David Menzies. But of course his real talents and skills are not taught in schools — it’s street smarts, and intuition, and a friendly way with people, never losing his cool, a stubbornness that you don’t really even realize because it’s done with a smile. It’s a clever approach, reminds me a bit of Columbo, sometimes.

My point is: David’s our only j-school grad, and his strengths as a journalist didn’t come from there, and even then, it was a quarter century ago.

You know, we’re hiring here at Rebel News, looking for a few journalists. And I wouldn’t discriminate against someone who went to journalism school.

But if they had a journalism degree, I’d sure check them out to make sure they weren’t brainwashed from it.

Anyways, I’ve just go to show you the news today, out of Ryerson's School of Journalism. It’s incredible. But I want to show you one more thing first.

Look at this, just in the past few months:

I don’t know if you saw that, but the entire Huffington Post organization in Canada, which had been around for years, which had published thousands of stories, was just deleted by its new owners, the site literally erased, everyone fired. And they learned about it by going on the Internet and seeing literally nothing where their website once stood.

My point is journalism, as an industry, is in a crisis. Although there has never been more news, more demand for news, more ways to get news.

And let me now take you for a walk through Ryerson’s journalism school, which is truly like taking a walk through an insane asylum one hundred years ago. It is sheer madness. I actually think my analogy is strong — it feels like a mental illness.

This is from The Ryersonian, which is the official in-house news publication of the journalism school. So this is who they want to be, who they think they are. This is the best of the next crop of journalists:

Students are being taught how to bitch and complain and think of themselves not based on talent or merit but based on race and sex and sexuality and other irrelevant criteria, that have nothing to do with reporting the news.

And they’re a laugh; and they’re a joke; and it’s pitiful; and most of them won’t find work; but they’ll have debt; and they’ll be taught that it was someone else’s fault.

But some of them actually will get hired — by the CBC mainly, because there’s never a recession there; but at CTV and Global TV and Postmedia and The Globe and Mail and Toronto Star.

None of them have put together the thought that maybe their insane ideology is one reason why so much media is dying — and that alternative media like ours are growing.

But I want to let you know the future of our government journalists coming out of government schools. It’s bleak.