Peaceful protester arrested for sitting alone in front of Alberta’s Legislature. Why? 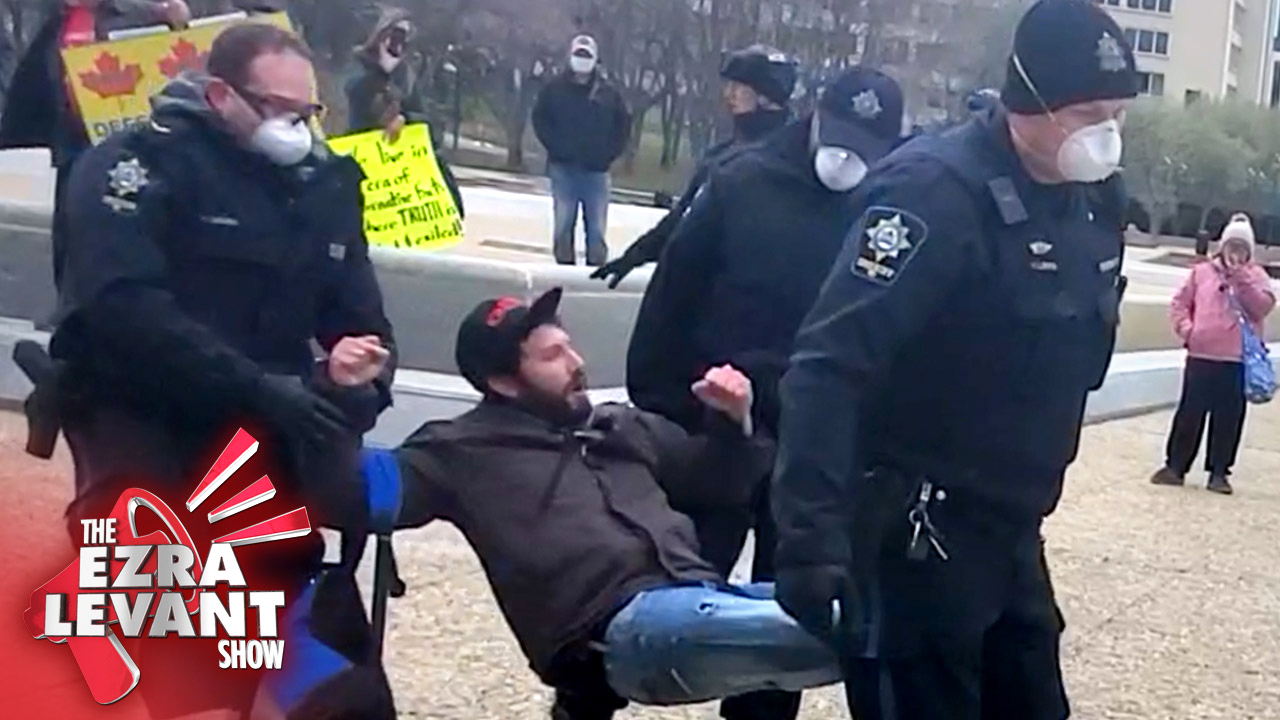 I’m really mad — a harmless protester sitting in front of the Alberta legislature, on the big public plaza, was physically picked up by police, by his arms and legs, and detained, and hauled off. For what?

For hollering at an empty government building on a Sunday afternoon? For rambling on a bit about his own theory of the constitution and government legitimacy?

TONIGHT I'll show you video of what happened. I want you to understand how harmless and banal, and even how touching his statements were.

There was no violence, no call to violence. Just his own theories. No-one crowding around.

These cops were doing what the cops across Canada have been doing — just capriciously applying laws that are likely unconstitutional, surely vague, and absolutely will be thrown out by the time they get to court in six or twelve months, if they ever do. But in the meantime, the police are literally ordering the country to remain under house arrest — and cracking down on peaceful protests.

When he asked what he actually did wrong, first the police got it wrong. Then they corrected, and said he violated 73(1):

A person who contravenes this Act, the regulations, an order under section 62 or an order of a medical officer of health or physician under Part 3 is guilty of an offence.

You heard the cops. They said he could fight it in court, or fight it “legislatively,” I think the one cop said. What does that mean — that this rough protester could become a lawmaker?

So what was the problem, exactly? That required him to be picked up by his arms and legs and dragged away and detained?

And I want to know who told the police to be out in massive force, dozens of police, to meet a handful of physically separated, peaceful, unarmed protesters.

The pandemic is past its peak. It wasn’t a general threat — 82% of its victims in Canada were in nursing homes. That’s not a nation-wide crisis. Not a single Canadian under age 20 has died.

The virus crisis is over, but the economic crisis is here.

I fear we are entering the worst part of it all.

NEXT: Leslyn Lewis is one of the candidates campaigning to become the next leader of the Conservative Party of Canada. Tonight she joins me to talk about her policies.