Speaking to the Swiss press, an energy department official said that the federal government has nothing to do with the poster. 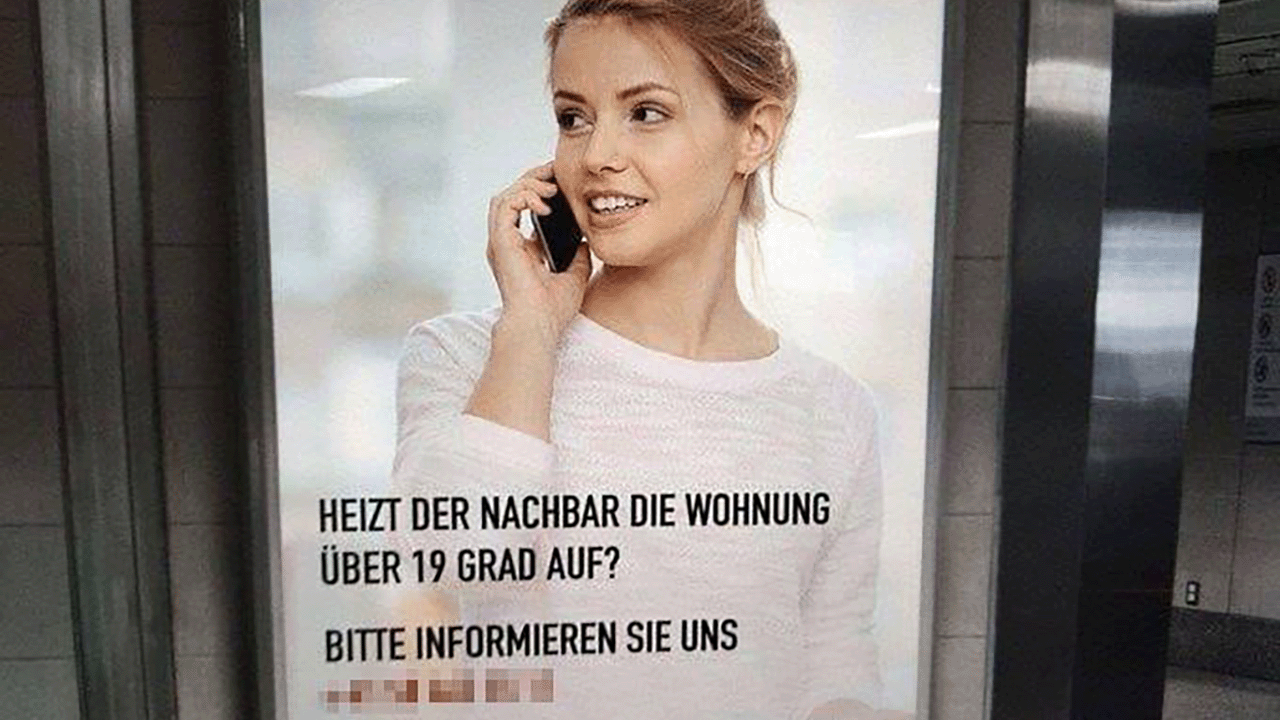 Switzerland is taking drastic measures to reduce its gas this coming winter, including fines and a threat of three years in prison for anyone who violates the rationing regulations. Now, a new poster circulating on Swiss social media is telling citizens to tattle on their neighbours who heat their homes above 19C (66.2F).

As reported by Swiss Media, the poster reads, “Does the neighbour heat the apartment to over 19 degrees? Please inform us.”

However, the poster is fake.

Speaking to the Swiss press, an energy department official said that the federal government has nothing to do with the poster, and that the government does not want anyone to inform on their neighbours for violating the rationing regulations.

According to Zero Hedge:

Outlet ‘20 Minuten’ says it’s easy to conduct a google reverse image of the alleged poster, where it can be found on ‘freepik,’ which hosts over 25 million images, and lists the template as “blank billboard mockup.”

That said, the fact that so many people believed that the post was real comes as no surprise given the government’s extreme measures to save energy – including the prohibition on home temperatures above 66.2F, as well as a maximum hot water temperature of 60 degrees, and to turn off saunas and swimming pools. ‘Willful’ violators risk three years in prison, while negligent violators face a daily penalty between 30 francs (US$31) and 3,000 francs (US$3130) and up to 180 days in prison.

Despite the fact that the poster is fake, Swiss citizens still have reason to worry. According to Economic Minister Guy Parmelin, the government may conduct spot checks to ensure public compliance.

Furthermore, anyone who is reported to the police could face action for violating Switzerland’s rules on heating.

“Precisely, checks are not excluded, especially if one is denounced by a disgruntled neighbor or a neighborhood vigilante who is a little too zealous. In these cases, whoever heats up to 20 degrees instead of 19 can expect a fine,” Blick reported.