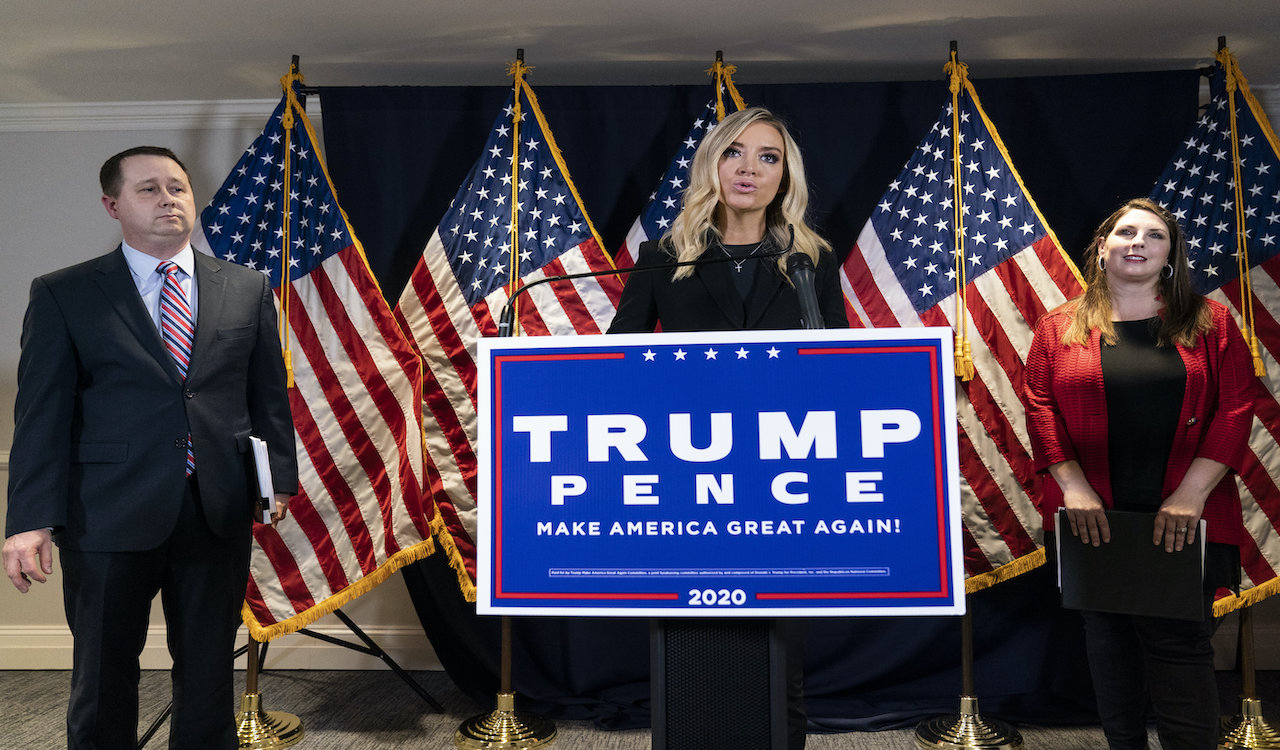 Kayleigh McEnany, the White House Press Secretary, stated on Tuesday that President Trump is in “great spirits” following the 2020 US Election and his legal efforts to combat voter fraud.

"I think at this point, it probably will make its way up to the Supreme Court," McEnany stated in an interview on Just the News. "Right now we're at the district court level. And we will see how they rule in Pennsylvania and on our upcoming lawsuits here in Michigan and elsewhere. And I think it's really anyone's guess where this goes."

McEnany, who also serves as an advisor to the Trump campaign, also told show host David Brody that new revelations are being uncovered on the Michigan balloting case that will be revealed shortly.

Several media outlets on Saturday declared Democrat Joe Biden the victor of the election, based on projections, particularly in swing states. The Trump campaign has contested the tabulation in key states such as Michigan and Pennsylvania where new cases of alleged fraud continue to surface.

In reference to the suit filed on Monday, McEnany stated on Tuesday that more litigation is forthcoming.

Fox News cut McEnany’s press conference on Monday at Republican National Committee headquarters, with host Neil Cavuto stating that he could not allow McEnany to continue to say the opposition was "welcoming fraud and welcoming illegal voting."

McEnany responded to the accusations by telling the Just the News host that she was merely trying to bring light to the irregularities in the election.

She stated: "It's a tenet of the Republican Party to support voter identification because to not support it welcomes fraud. It's a basic principle and it's one that I don't believe should be censored by the media but allowed to be said. The Democrats – they tried to delegitimize the 2016 election for four years. All we're asking for is transparency. And we have the media attacking us simply for asking to put light on the system."