Pastor Artur has been in jail — in solitary confinement — since he was arrested at his home on February 8. 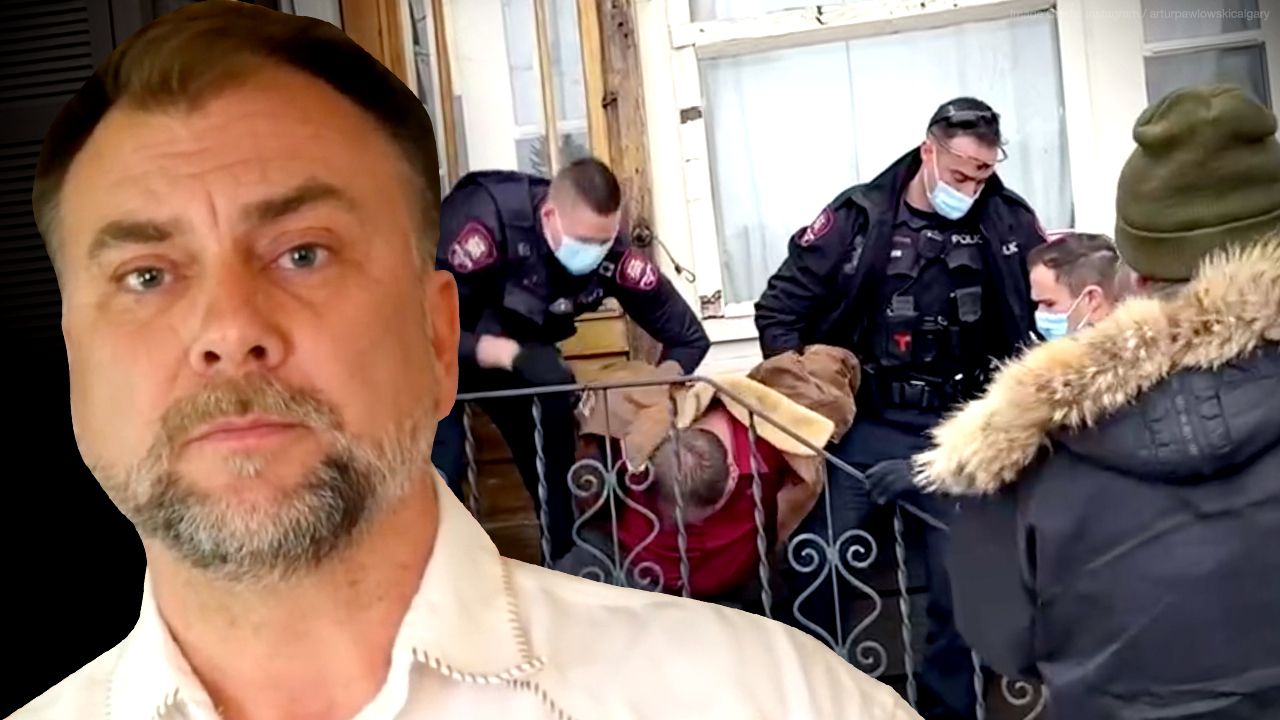 Pastor Artur Pawlowski is back in court today after being arrested last week and charged under Alberta’s Critical Infrastructure Defence Act for allegedly abetting the Coutts, AB trucker blockade. Pastor Artur has been in jail — in solitary confinement — since he was arrested at his home on February 8.

In a virtual hearing for Art Pawloskwi. He was picked up last week on something akin to a terrorism charge - the first person to be charged under Alberta’s Critical Infrastructure Defence Act for allegedly abetting the Coutts, AB trucker blockade.

Pawlowski's longtime lawyer is Sarah Miller from JSS Barristers, she has been with him since his first lockdown ticket for illegal gathering in the covid times; that's what the government of Alberta calls feeding Calgary's homeless in the winter.

Pawlowski gave a speech to truckers at the Coutts Alberta border blockade, telling them to hold the line. For that, it seems, he was charged with interfering with critical infrastructure and he has been held in jail - solitary confinement- since Feb 8.

There are many media orgs in the virtual court for Art Pawlowski. I wonder if the Lethbridge Herald and the National Post had the same sort of ordeal I had to get the courthouse to provide me remote access to the hearing.

My colleague Adam Soos will be at the Calgary Remand where Pawlowski is being held. He will have reaction from the family. I understand that the crown is opposing bail for Pawlowski - who gave a speech at a blockade and was charged under the critical infrastructure defence law.

I can see that Art Pawlowski is on the line from the CRC but his camera is off.

Judge Erin Olsen is rendering her decision on bail for Pawlowski. Pawlowski is wearing blue and black prison issue coveralls and carrying a Bible.

Pawlowski faces 3 charges for a speech the crown alleges aided and abetted mischief and interfered with critical infrastructure. Olsen is now saying the actions at the border blockade inconvenienced people's travel plans. (Yeah,welcome to the last 2 years).

Olsen: Crown argues that it has strong evidence and a compelling public interest in prosecuting the accused.

Olsen: (The Crown's case, continued) The accused recent history is such that he poses an ongoing threat to the public and that because the accused opposes any and all rules, his release would bring the administration of justice into disrepute.

Olson acknowledges that Sarah Miller raised Charter issues about free speech. Olsen says speech is restricted by reasonable limits, and counseling someone to commit an offense is not protected speech.

(I think they're going to keep Art in prison)

Olsen says that Pawlowskis speech at the border to the truckers could be inferred to be a call to violence. (I'm paraphrasing but she specifically refused to quote his words directly because of the alleged implied violence)

Now Olsen is reading from Adam Germain's outlandish ruling against Artur, his brother and Chris Scott. Citing Germain's remarks about fame and money ( that Germain thinks this is why Art does what he does) See those remarks at firethejudge.com.

(in Canada, pretrial incarceration is the exception and not the rule, because of the presumption of innocence). At the bail stage, as in much of Canadian law, a balancing must occur. The rights of the accused versus the safety of the community.

(Artur is praying, I think)

Olsen is rendering decision: the accused will, if released from custody, commit a criminal offense or interfere with the administration of justice. The accused pattern of behavior speaks volumes about his willful commission of offenses and/or violations of court & health orders.

Olsen: I have also concluded that the provision of cash bail with or without conditions of release would be unwise and fruitless, given the accused's recent history of paying fines and costs potentially with other people's money. Olson says perception Art is buying his way out.

Olsen: I have concluded that the accused cannot be released on a release order with sureties. In conclusion, I cancel the accused existing release documents pursuant to section 524 sub. 3. And order his detention on the charges before me. (They're keeping Art in jail).

There you have it. Crown successfully argued to Judge Erin Olsen that Art Pawlowski is such a danger to the public that he must remain in pretrial custody. His crime? giving a speech to truckers at the border blockade. Next hearing March 11 2022