David Zegarac has a history as an anarchist activist. 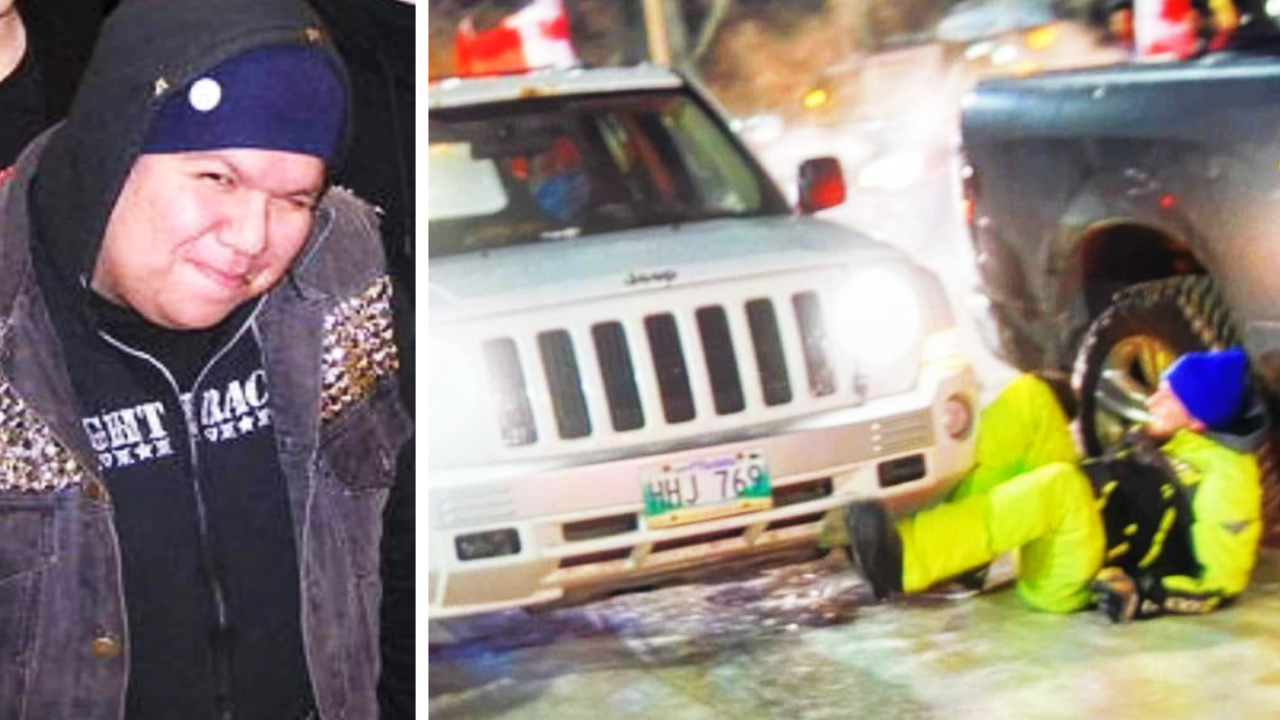 The man charged in Winnipeg for an attack on a convoy protest is a radical far-left anarchist. Police, however, are still treating the incident as a hit-and-run, rather than a hate crime.

Four people taking part in a convoy protest in Manitoba's capital city were injured and rushed to hospital after a car plowed into the crowd. The man alleged to be the driver of the vehicle, Dave Zegarac, was taken into custody an hour later after a brief struggle with police. A white jeep can be seen hitting one person, before accelerating and hitting three more.

VILE: A freedom protester was mowed down by an SUV late last night. Suspect has been arrested. Trudeau vilified these peaceful protests, and now this happens. Shocking. pic.twitter.com/G08LWmExV6

The crowd had gathered in Winnipeg in support of the ongoing peaceful protest by truckers and their allies in Ottawa, where they are demanding an end to COVID restrictions and vaccine mandates.

Police have not said if the attack was a politically motivated hate crime, instead charging Zegarac with four counts of assault with a weapon, two counts of dangerous operation of a conveyance causing bodily harm, dangerous operation of a conveyance, two counts of failure to stop after an accident knowing that the driver was reckless, and failing to stop at the scene of an accident times two.

This is the full statement by @wpgpolice Constable Rob Carver detailing the hit-and-run targetting #FreedomConvoyCanada2022 protestors at 9:10 PM last night near Broadway and Memorial. pic.twitter.com/cWmDR1J4fx

However, Zegarac — a 43-year-old musician from Winnipeg who describes himself as Indigenous, Serbian and Irish — is the frontman of Canadian punk bands The Brat Attack, Dead Peasants Revolt, The Black Mass Brigade, and Class War Kids.

Zegarac's Wikipedia page is now deleted, but an archived version is still available which links back to several web pages detailing Zegarac's politics.

His online bio states that his song lyrics deal primarily with anarchist politics and that he is an outspoken vegan and a long-time anti-racist activist. A feature on Zegarac in the now defunct alternative online publication The Scope published in April 2008 noted Zegarac's radical left-wing activism:

The Applecart Collective is officially kicking off with a series of band shows for International Workers’ Day—more commonly known as May Day—featuring acts like Skull Face And Others, Are You Phobic, Adam Baxter, and Devastator.

Back in Davey Zegarac’s hometown of Winnipeg, there are massive protests in the streets every year, an actively political punk-rock scene, and a sizeable community of anarchists. So it’s not hard to see why he feels a bit restless here in St. John’s.

“I was surprised by the lack of activists when I got here. I get the gist that maybe Newfoundland is more community-oriented than Winnipeg. I mean, in Winnipeg there’s a greater division between the haves and the have-nots,” said Zegarac.

And since there’s no such thing as hierarchy in anarchism, people can be involved any way they want—from contributing to the zine, to pursuing more radical activism.

Winnipeg police have claimed they were unable to address the motivations behind Zegarac's alleged striking of protesters, but said he did speak to officers while being arrested.

CBC reports that police said “some comments made by the accused that tends to suggest this was not specifically about the [vaccine] mandates,” adding that Zegarac “wasn't for or against any of the general views that are floating around this country.”

A post on a local Winnipeg punk Facebook group disavowed Zegarac, describing how he “is despised by every group or organization he's ever claimed to represent,” making reference to Antifa. The anonymous post also referred to allegations levied against Zegarac that claimed he acted inappropriately with underage females in the punk rock scene.

“I have no love for the convoy group at all and hate to see what's happening in Canada right now but NONE of them deserve to be hit with a vehicle,” the anonymous author wrote. Some of the allegations directed at Zegarac can be found online on microblogging website Tumblr [WARNING: GRAPHIC LANGUAGE].

Zegarac's lyrics suggest that he was a man with deeply-held political beliefs.

In My Declaration As An Internationalist, Zegarac sings about choosing not to recognize borders or countries and declares he stands “with those who oppose social injustice”.

Selling Revolution sees Zegarac describe how it is “our duty to fight these f**ks, to raise our f***ing voice” against “corporate imperialists”.

In July 2015, Rebel Time Records announced that it would no longer be carrying releases by The Brat Attack or the Class War Kids due to allegations of sexual assault levelled at Zegarac. Police have described the lack of serious injury from the attack as miraculous.