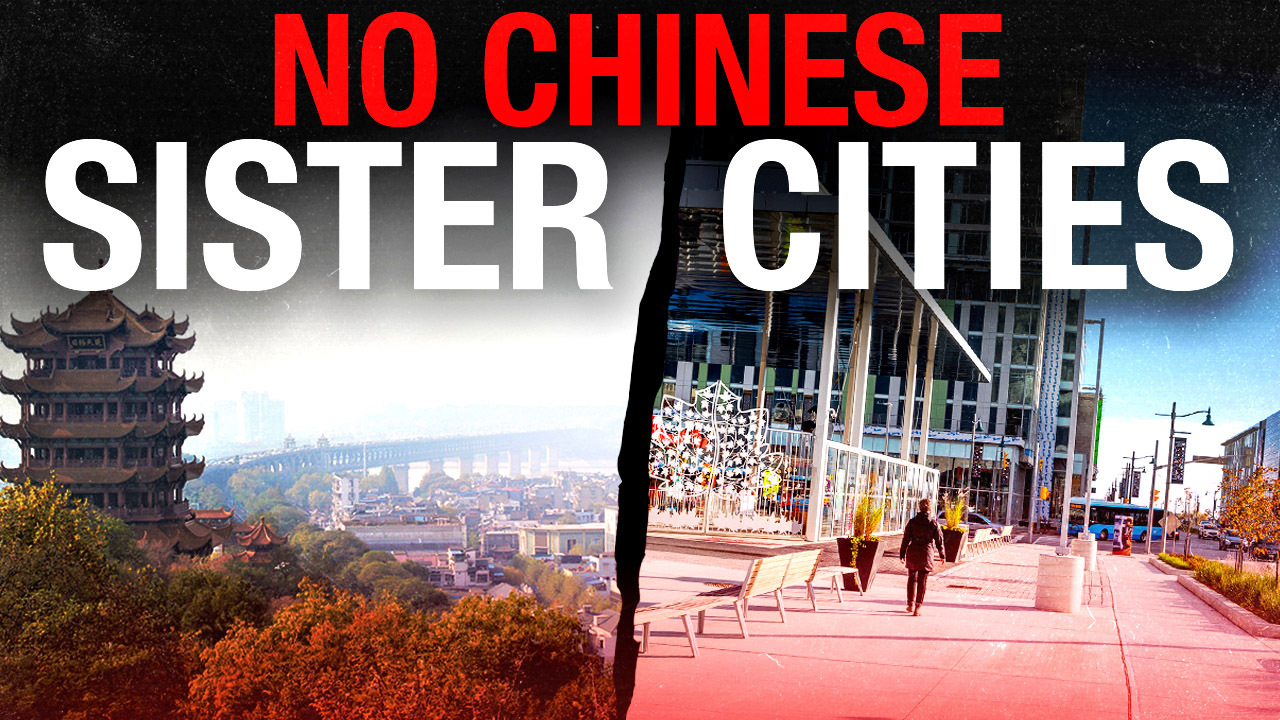 After appearing in an official Chinese document as a target of Communist influence, Calgary Mayor Naheed Nenshi found out that it is a political risk in Calgary to appear closely connected to the Communist regime.

The majority of Canadians agree: the Chinese government can not be trusted. Nenshi knows this, and he likes his job.

That might be why he took the unusual step on Monday of actually thanking a Rebel News reporter for asking him why the City of Calgary remains “twinned” with the Chinese city of Daqing China.

In light of the ongoing Uyghur genocide in western China, and the illegal incarceration of Canadians Michael Kovrig and Michael Spavor, (two blatant violations of the Vienna Convention), why would the Canadian cities continue to give China the public relations gift of tying themselves to Canada’s good name?

Thirty eight distinct municipalities in Canada are twinned with Chinese cities. Ottawa and Beijing, Markham and Wuhan, Montreal and Shanghai — the list goes on.

Each partnership was created with the intention of developing cultural and economic ties between the two cities, but ask yourself this: if Ottawa was twinned with Berlin in 1939, how good of a look would that be?

All 38 of these relationships need to be scrapped and replaced with a sister city that respects human rights.

Add your name to the petition here, calling on the cancellation of these “sister city” propaganda stunts, and I will be delivering it to the mayors of the Canadian cities involved.