In a Wednesday morning press conference in Milk River, police said they want the road to open up today and encouraged those at the Coutts protest site to leave on their own. 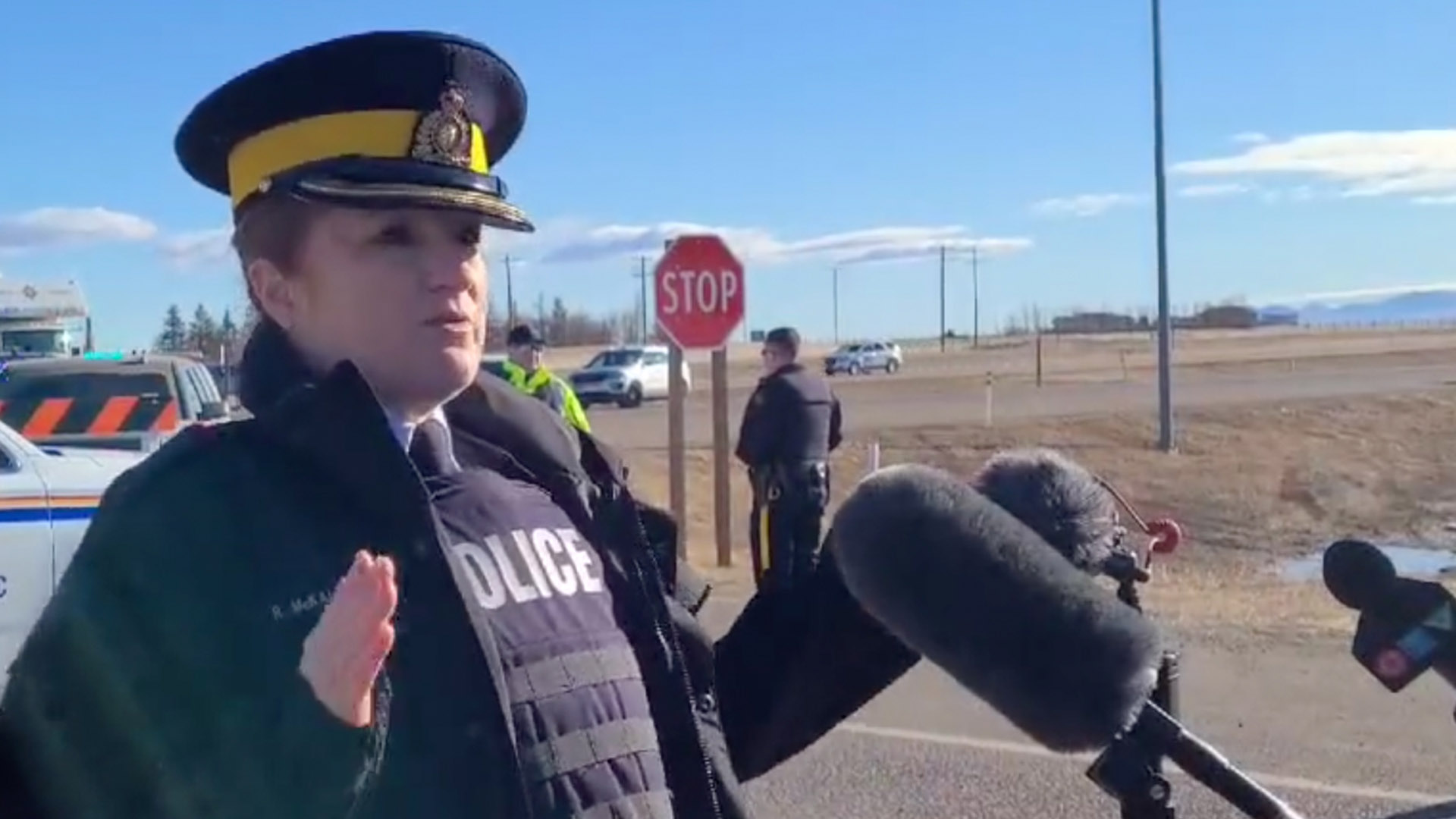 UPDATE: An earlier version of this story said enforcement was likely in Coutts. That enforcement action is related to Milk River.

Truckers and farmers have been intermittently blocking the border since Sunday, January 30, after they began protesting public health restrictions at the Coutts border crossing on January 29.

The protest is part of a nationwide movement of truckers and their supporters that have banded together for freedom from COVID-19 restrictions, including an end to cross-border vaccine mandates for truck drivers.

Rebel News reporter Adam Soos has been on the ground in Milk River since Monday night where a crowd has amassed to show support for the blockade in Coutts. Supporters are being obstructed by police from travelling to Coutts, which is 20km away.

Police have said the blockade of the main crossing between Alberta and Montana is illegal:

BREAKING: Enforcement imminent at the Milk River, Alberta RCMP blockade. Police insist this is an illegal and unsafe protest and are directing people to move to a legal protest location closer to Milk River. Tickets and arrests possible.https://t.co/wNs1JyO9FD pic.twitter.com/82KlSGYXp4

In a Wednesday morning press conference in Milk River, police said they want the road to open up today and encouraged those at the Coutts protest site to leave on their own. The officers stated they set aside a place where people can “legally” protest closer to Milk River:

RCMP statement on looming enforcement against those who choose to stay at the RCMP blockade protest site along the highway outside of Milk River, Alberta.

Rebel News has a team of reporters at the Coutts border and in Milk River. To support their journalism, please visit www.ConvoyReports.com.

To crowdfund the lawyer hired to help the truckers in their negotiations and interactions with RCMP, please visit www.TruckerLawyer.ca.