BC’s Freedom of Information (FOI) office confirmed that Horgan’s government texts three days prior to officially retiring as premier have been deleted. 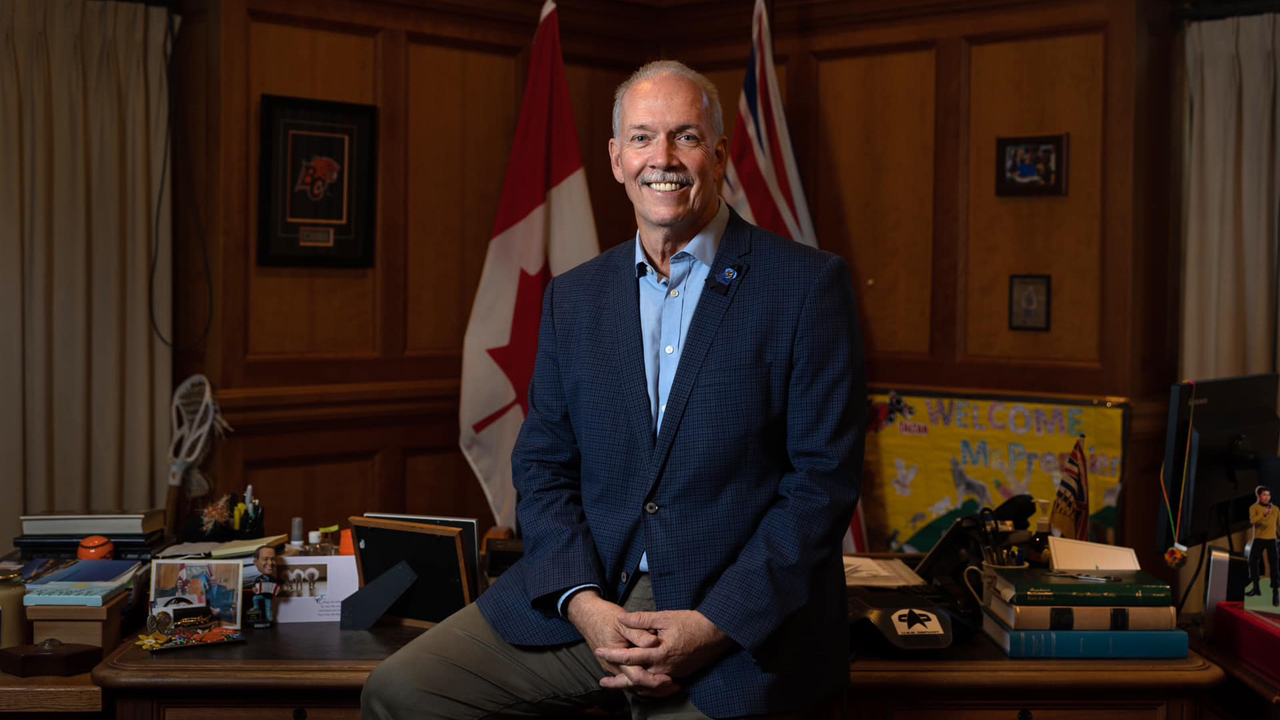 If there is one thing incidents like the blacked-out pages of the Trudeau We Charity Scandal or the smashing of Hillary Clinton’s cell phones before the FBI could probe them have taught us, it’s that the political transparency the public may think they have in a democracy is far from absolute.

‘This is a cover-up’: Poilievre shows us some of the 5,000 ‘unsealed’ WE Charity documents.

Blacked out documents, committees canceled, parliament shut down. No accountability. This is disgusting @JustinTrudeau pic.twitter.com/RWGFCephjB

The latest political figure to join the suspicious omissions club is BC’s recently retired former Premier John Horgan. As reported by Business Intelligence for BC, a request to access Horgan’s incoming and outgoing text messages from his last three days as premier established that they have been deleted.

If my mom was still around, she'd be on her way to the Legislature with a bar of Irish Spring. pic.twitter.com/T27OxScmH8

“I can confirm that the ex-premier’s government phone was searched, and Office of the Premier did not locate records,” a Freedom of Information Analyst for the province named Sascha Pannwitz, stated in an email.

BC’s Freedom of Information (FOI) office officially confirmed that the texts in question between the dates of November 16th and November 18th (the day Vancouver-Point Grey MLA David Eby was sworn-in as premier ) have in fact been deleted under the excuse that the “messages were casual, non-substantive and not required for ongoing business needs” and thus “were deleted under the transitory records schedule.”

The government of BC defines transitory messages as communications that “are casual or non-substantive messages, in any format, including attachments, that are of only passing value and not needed to document an action or decision.”

But who exactly makes the official call as to whether any government text messages, transitory or not, should be deleted?

Executive Director of the B.C. Freedom of Information and Privacy Association (FIPA) Jason Woywada, says that “deciding what is genuinely transitory is subjective and open to abuse.” Furthermore, Woywada said during an interview that the association has “no ability to trust that the Premier’s Office is making a decision that is in the public interest and that they are retaining the records that they should and/or are withholding the records that they should.”

While there is some justification for not every text message sent to and from a provincial leader needing to be accessible to the public, Woywada raised a fair point about the likelihood of the “transitory records” excuse for all of the texts in question that are gone. According to Woywada, the odds of Horgan not making “a decision via text message in the last three days in the office” is seemingly an “incredibly low possibility and incredibly low probability.”

“By not releasing information, they create the very scandal that starts to give rise and entrench a narrative that they have something to hide all the time,” expressed Woywada.

Adding a layer of hypocrisy to the Horgan text scandal is that back in 2015, whilst Horgan was BC NDP opposition leader, he described the deletion of “mostly transitory” government texts under the then BC Liberal Premier Christy Clark’s watch as being part of a “culture of deception, deceit, and delete, delete, delete”.

Rebel News reached out to John Horgan’s MLA Office for comment to request a statement regarding this developing text scandal and has yet to receive a response.

If you appreciate that Rebel News brings you the other side of the story and is free of government interest, consider donating here to help us fight to survive the Trudeau government’s online censorship bill at SaveRebelNews.com.