Danielle Smith’s government should not be afraid to ask the public in a referendum for Alberta Independence. This does not mean that Alberta will leave Canada, it simply permits the Alberta government to negotiate with the federal government and the other provinces from a position of strength. 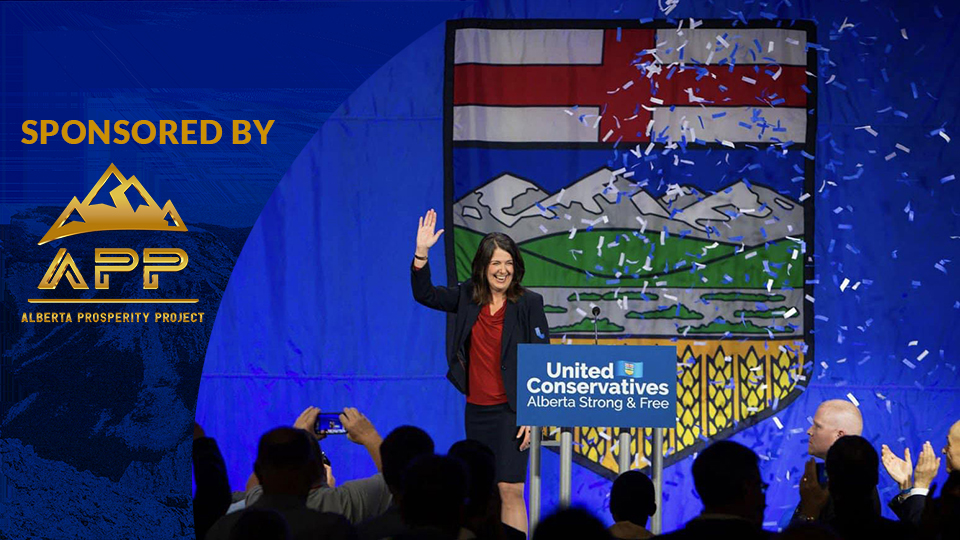 This is a sponsored post written by The Alberta Prosperity Project. To see the original article, please click here.

The non-partisan Alberta Prosperity Project (APP) acknowledges Danielle Smith on winning the UCP Leadership contest and her swearing in as the new Premier of Alberta. APP encourages her to honour the commitments she made during her campaign. In particular Ms. Smith promised, for the first time in 117 years, to protect our interests, individual freedoms, rights, prosperity, and self-determination.

The tangible reflection of the aforementioned commitments includes the constitutionally legal establishment of an Alberta Provincial Police Force, taking control of pensions, employment insurance, immigration, and provincial tax collection to the benefit of all Albertans. The process should start immediately and should be completed within 18-24 months to demonstrate both competence and commitment. The bureaucrats tasked to achieve the aforementioned must be committed to success, armed with the knowledge that they will be replaced for failure to hit required milestones of performance. More studies are not required.

Alberta Health Services (AHS) and the College of Physicians and Surgeons (CPSA) deserve special mention. The corruption by these two institutions requires a complete restructuring, and the incoming Premier and her government must deal with this immediately. Several of the UCP Leadership candidates have also expressed the need to replace AHS management and the CPSA, as well as fix healthcare, which currently functions in the lowest quartile of quality at the highest quartile of cost.

While improvements to education have been made by the UCP, more is needed to ensure that parents are the moral, social, and cultural pillar of society, to pass on principles, beliefs, values, morals, ethical behavior, accountability, knowledge, and critical thinking to future generations. Parents must always be informed on any matter relating to their children. Woke teaching, critical race theory, and multiple gender education must be expunged from the curriculum.

Further, the UCP has a mandate from Albertans to end equalization. Accordingly, once the UCP passes the “Alberta Sovereignty Act” in the Legislature, the Premier and Caucus also have a moral and economic obligation to honor the successful October 18, 2021, referendum to end equalization. The APP recognizes that the provincial government’s attempt at this will fail, simply because it will be impossible to overcome the five hurdles to open and change the 1982 Constitution Act. For the benefit of Albertans, the provincial government must ask the people for a mandate to negotiate with Ottawa from a position of strength, which is a successful referendum on Alberta Independence.

Danielle Smith’s government should not be afraid to ask the public in a referendum for Alberta Independence. This does not mean that Alberta will leave Canada, it simply permits the Alberta government to negotiate with the federal government and the other provinces from a position of strength.

A successful referendum on independence is the tool that gives Alberta the leverage needed to chart a new path forward towards prosperity.

The legal pathway for a province to leave Canada is defined in the Clarity Act, which states that “negotiations might lead to secession,” which also means that negotiations might lead to Alberta remaining in Canada if negotiations resolve the outstanding problems. Regardless of the outcome of negotiations, an Alberta Constitution that protects the individual freedoms, rights and prosperity of Albertans must be created which will always trump the Canadian Constitution if individual freedoms, rights, and prosperity are to be protected.

Finally, Ms. Smith and others in the UCP know what will definitively protect the prosperity of Alberta, which is to completely restructure its relationship with Canada. This means, in addition to ending equalization, that Alberta constitutionally takes control of federal taxation, ends the carbon tax, ends the pipeline and tanker bans, ends the Canada Health Act, protects freedom of speech, protects firearm rights, and most importantly, protects Albertans from the Orwellian policies promoted by the WEF-UN (I.e., Digital ID, central programmable digital currency, and a social credit score based on environmental, social or governance compliance metrics).

Will Ms. Smith be the “Iron Lady” to save Alberta and, in the process, restructure confederation within or without Alberta? We don’t have too much time to find out before we cross the Rubicon and Trudeau destroys Alberta altogether.

In the meantime, APP will continue to build our movement to save Alberta by staying focused on our mission: To engage, inform, educate, inspire, and unite Albertans to protect their prosperity, freedom, rights, and self-determination by pursuing a more independent Alberta.

The Alberta Prosperity Project (APP), a not-for-profit, non-partisan educational society, uniting all Albertans, businesses, and organizations to protect their prosperity, interests, freedoms, rights, and self-determination. If you want to help save Alberta, purchase a membership, make a donation and sign our petition to hold a referendum on Alberta Independence.