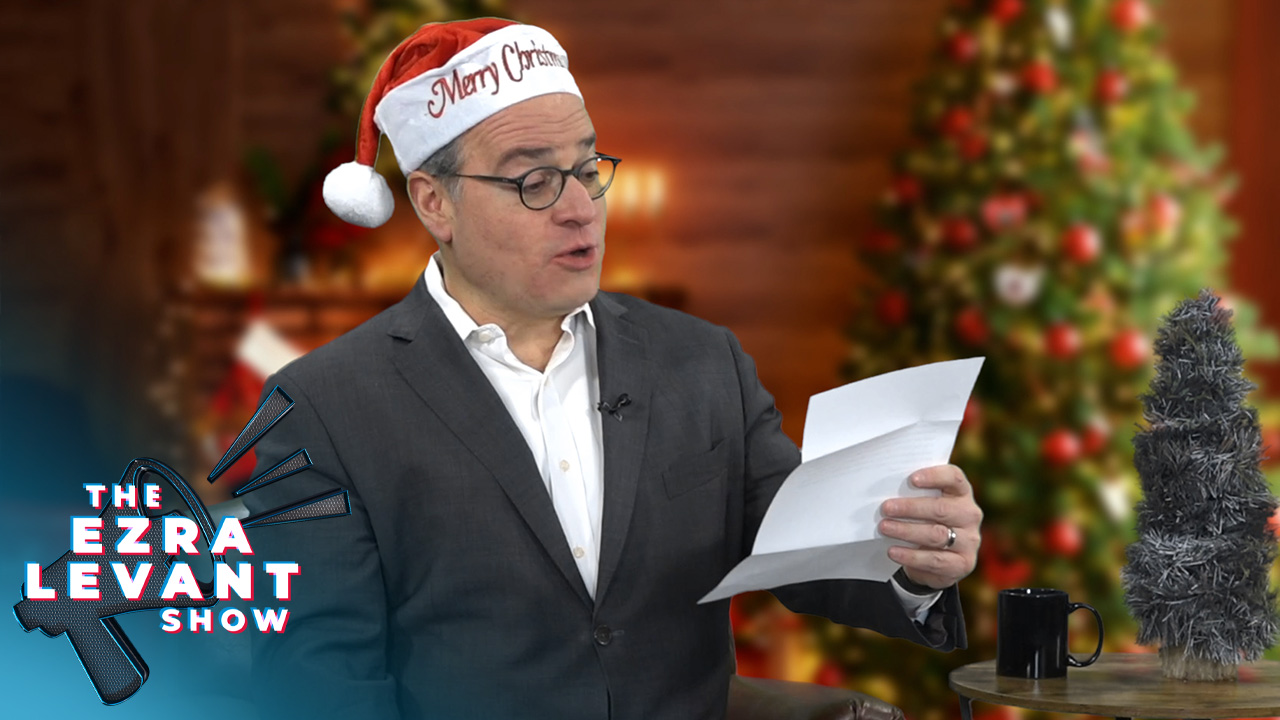 Hi, everybody it's a tradition that we've done before. I think it's fun. I put out the call for questions about anything, literally anything, whether it's world affairs or personal things. I have not looked at them, but we have an entire bag full of letters. There's got to be it's got to be a hundred of them here. I'm not going to read them all, but I really will pick them out randomly and just read them just a little bit of fun.

Thank you from the U.K. for all you do to expose the woke madness taking over the world. Especially appreciate Callum's reports our GB news broadcasts here, a lone voice standing up for ordinary people.

Great Ruth, you're right. I deeply admire GB News, I think it's actually, by some measures, more interesting and even tougher than Fox News is in America.

I know they're following some of the same model. I deeply admire Neil Oliver, who's such a brilliant commentator, Calvin Robinson. So that's GB News is one of my favorite news networks in the world. And thanks for your shout out to Callum Smiles, who is doing journalism for us in the UK and has done important work on the migrant crisis over there. So nice that you're watching over there.

Thank you all for the opportunity to ask a question. My question is twofold, and I would like to know how you two reporters, both David Menzies and Alexa Lavoie are doing after being beaten up by Trudeau's personal RCMP squad and Alexa being harmed by the RCMP in Ottawa.

Remember that in the emergency act inquiry which stated that no one was injured during that time? Another lie, Candice Sera was trampled by a horse. And Alexa was shot. What is the status of both lawsuits filed against the officers involved?

Thank you very much for that question, George. In fact, just last week, Alexa and I had a meeting with the lawyers. The case is proceeding, both sides have undergone questioning calls or depositions or an examination for discovery is sometimes called, and we're now doing what's called undertakings.

Both sides have to provide some more documents to the other, and then we're going to set it down for trial.

Is Jeremy Loffredo safely back in Canada from Russia? I have just prayed for him.

You know, Florence, thank you for that. I want to tell you something that I that a decision we made before we sent him that we kept secret until now, and that is we made a decision that we would take the artistic license of waiting until he was out before publishing his first video. So, we sort of shifted time by a few days.So, he went in, recorded his videos, sent us the video files, and it was only after he was safely out of the country that we started to put them up.

What do conservatives think of a central bank, digital currency? Will they be implementing it in Canada if they come to power in the next elections?

Well Vik, my point of view is that, you know, having the government involved in a digital currency like government Bitcoin would be terrible because it would defeat one of the main purposes of cryptocurrency, which is privacy and freedom.

And I would be worried about two things with a central bank, digital currency. Number one, they would know every they would know where every drop of your money was. They would know who you're buying from, who gave you money. They could track you in ways that would be impossible with cash or even with private cryptocurrency.

Imagine if they could literally track your money and turn it off. No central bank Digital currency for me, please.

Hi Ezra, loving rebel news, is there anything in the works to get a sit-down interview with Elon Musk? A half hour (or even better, an hour) session with Elon would be very edifying and illuminating.

Well, that's a great idea. He really is one of the most interesting men in the world. He's obviously the richest man in the world. He is an innovator, he's brilliant, and I think he is making a real difference for free speech. I wouldn't know even how to get in touch with them. But two of our rebel journalists on Twitter regularly banter with him in public, it's quite remarkable to see.

The courts move very slowly. There is a chance that trial will be in 2023, but it actually might be in 2024, which is so slow.

If you want to hear more of these letters that you all sent in, please subscribe to RebelNews+ to watch the premium version of The Ezra Levant Show.