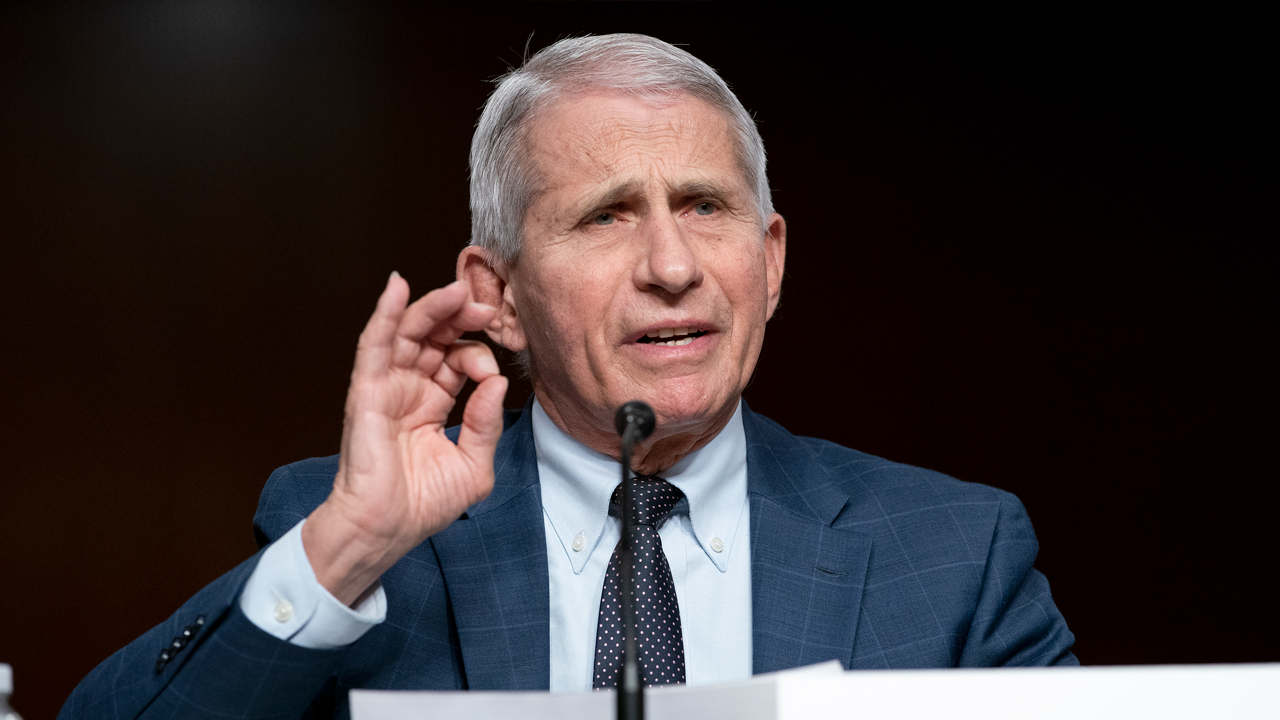 During the hearing addressing COVID-19 variants, Fauci was caught by a hot mic calling Sen. Roger Marshall a “moron,” and uttering the words “Jesus Christ,” after the two got into a heated exchange about financial disclosures.

Carlson said in his monologue, “Turns out, Tony Fauci’s even more loathsome and complicit even than his toughest critics ever alleged.”

“Today, two Republican congressmen, James Comer and Jim Jordan, released emails that show Fauci was warned by scientists at the very beginning of the Corona pandemic this virus very likely leaked from the Wuhan Institute of Virology,” Carlson continued. “That’s the same lab where a Fauci agency was funding gain-of-function research.”

During his monologue, the Fox News host cited a letter from the House Oversight Committee Republicans, which stated, “On February 1, 2020, Dr. Fauci, Dr. Collins, and at least 11 other scientists convened a conference call to discuss Covid-19. … It was on this conference call that Drs. Fauci & Collins were first warned that Covid-19 may have leaked from the WIV &, further, may have been intentionally genetically manipulated.”

“So that’s news,” Carlson quipped. “By the way, that was a year before it became the common view of the origin of COVID. During that year, anyone who raised the question was denounced as a racist. Anti-Asian or something. But it turned out to be very likely true.”

Carlson then turned his attention to the confrontation between Sen. Rand Paul and Fauci, which Paul began by criticizing the scientist’s handling and response to the pandemic. Carlson introduced a clip of the exchange.

Fauci:  Senator, we are here at a committee to look at a virus now that’s killed almost 900,000 people, and the purpose of the committee was to try to get things out how we can help to get the American public, and you keep coming back to personal attacks on me that have absolutely no relevance to reality.

“Doesn’t answer the question, makes it all about him, solipsist that he is, and then he whips around and accuses Rand Paul of endangering his life,” Carlson continued. “Fauci held up a page from Rand Paul’s website that read ‘Fire Tony Fauci.’ Now, Fauci is the highest-paid federal employee and one of the longest-serving. He works for us, so we have a right not to want him to work for us anymore, that’s called democracy. But according to Fauci, that’s illegitimate. He blamed Rand Paul’s webpage for alleged threats of violence against him. In other words, if you criticized me you’re trying to get me killed.”

“Meanwhile, Fauci refused to take any responsibility for the lockdowns that he supported that wrecked the country in a lot of ways.” Carlson added, and played the clip of Sen. Paul asking Fauci about the lockdowns.

Fauci: Senator, first of all, if you look at everything that I said, you accuse me of in a monolithic way telling people what they need to do. Everything that I’ve said has been in support of CDC guidelines: wear a mask; get boosted —

“Are you following the reasoning here?” Carlson snapped. “So the first time Rand Paul asks him a question, Fauci says almost a million people have died, you can’t ask me that question. So then Rand Paul says yeah, almost a million people have died but you were making the rules. So you’re not taking any responsibility for that? And Fauci, rather than answer the question, or manning up in any way, says, well, I wasn’t really in charge; I was just giving suggestions on TV.”