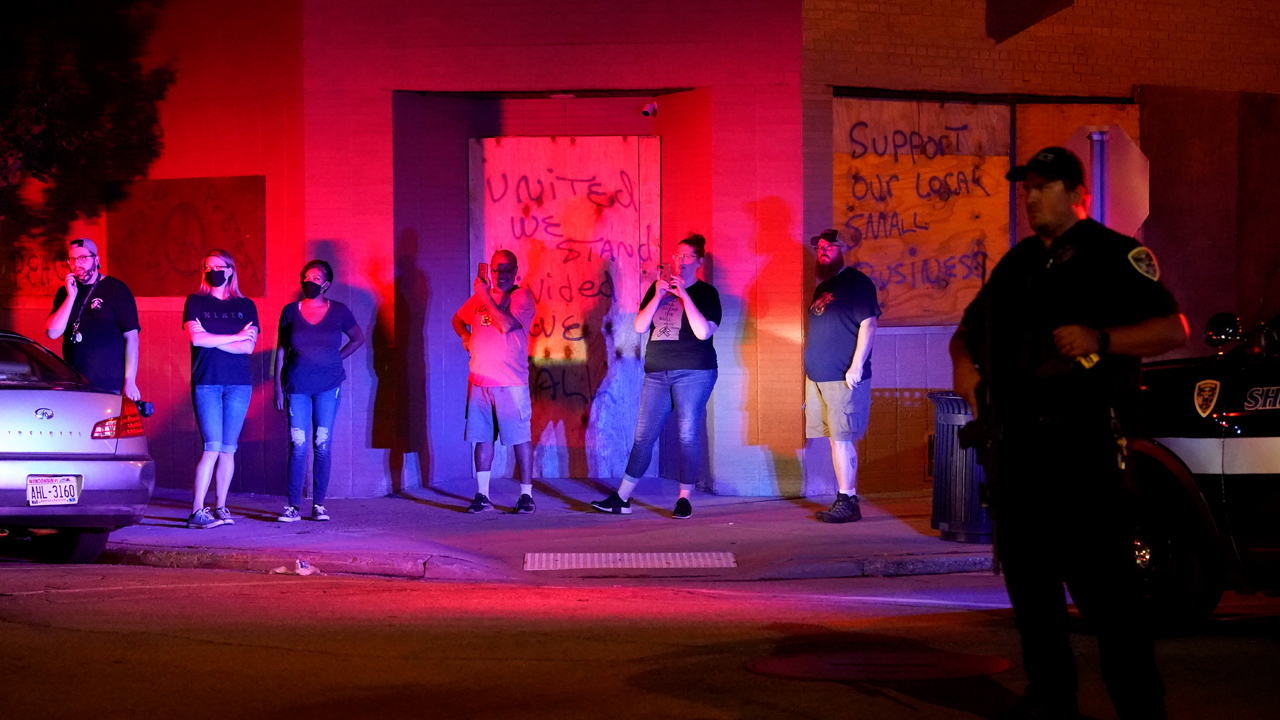 Two people are dead and another is seriously injured after shootings broke out repeatedly in Kenosha, Wisconsin on Tuesday night. The violence occurred following the state’s Democrat governor’s reported refusal to accept the Trump administration’s offer for support in quelling violence.

The shooting of Jacob Blake on Sunday in Kenosha, which went viral in a video, sparked riots and mass looting in the city. Protests have since spread to several cities just three months after the death of George Floyd in Minneapolis.

Following two nights of violence, local law enforcement in Kenosha put out a call to the White House and the state’s governor to reinforce their numbers to prevent violence for a third night in a row. Gov. Tony Evers (D) rejected offers for support from the White House to bolster police presence.

“I got a call today from congressman who represents that district, and from Senator Johnson as well, really just pleading for help, saying that the local sheriff and the mayor and police chief need some additional assistance,” White House Chief of Staff Mark Meadows said Tuesday. “I got on the phone right away and offered assistance in the form of additional National Guard help.”

“The president was on the phone with the governor today … we have National Guard standing by, and if the general for the National Guard [in Kenosha] needs additional help, we’re there to do it, but today, that request was denied by the governor,” Meadows added.

🚨🚨🚨: Multiple gunshots are fired after people chased a guy with a rifle. Rifle dude tripped and fell. He fired his gun at a guy who jumped on top of him. pic.twitter.com/BfV244MMnc

BREAKING: RIOTER HAS BEEN SHOT IN THE HEAD pic.twitter.com/l1NYqUYpD3

Most of Kenosha’s police force was already protecting the courthouse from rioters as numerous others made their way through the city in violation of a curfew instituted by Kenosha County.

“Kenosha County has declared a State of Emergency curfew for 8PM tonight, August 25th,” the Kenosha Police Department tweeted. “Citizens need to be off the streets for their safety. Curfew will be enforced.”

Groups of armed men patrolled the streets of Kenosha in what appeared to be an attempt to stop rioters from creating a repeat of previous nights, which saw several businesses ransacked and torched. Several protesters got into a series of violent altercations that left two dead and another seriously injured, much of which was caught on video. Individuals involved in the shooting remain unidentified.

Several hours after the shootings, the Kenosha police department issued an update detailing the situation:

On August 25, 2020 at about 11:45pm Kenosha Police, along with assisting agencies, responded to the area of 63rd Street and Sheridan Road for reports of shots being fired and multiple gunshot victims.

The shooting resulted in two fatalities and a third gunshot victim was transported to a hospital with serious, but non-life threatening injuries.

The shooting investigation is active an ongoing. No further details regarding the shooting will be released at this time. The names, ages and cities of residence for the victims are still being determined.

If anyone witnessed the shooting, please contact the Kenosha Police Department Detective Bureau at 262-605-5203. Callers wishing to remain anonymous can contact Kenosha Area Crime Stoppers at 262- 656-7333. Investigators are aware of the social media videos being circulated regarding this incident. If anyone has uncirculated video or photos, please call.