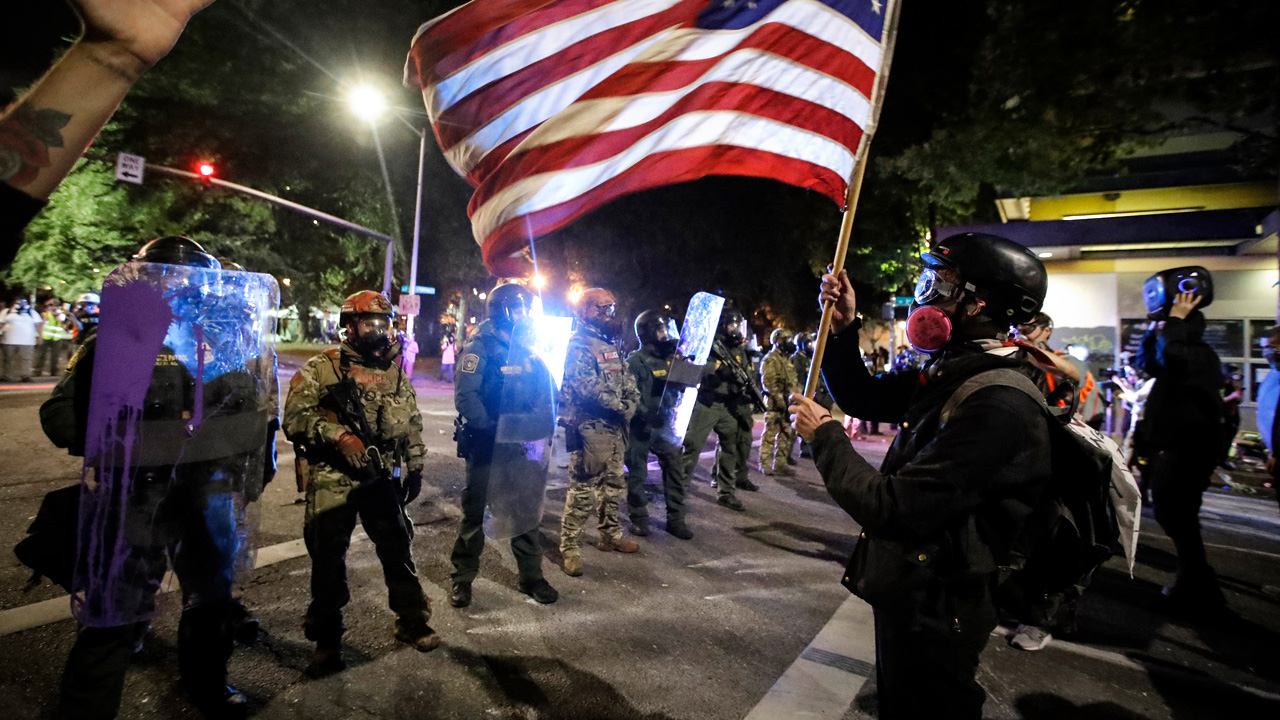 The American Civil Liberties Union is suing the Portland Police Bureau to stop them from documenting the nightly riots that have besieged the city for more than 60 days.

The lawsuit, which was filed on late Wednesday, contends that the police union’s practice of filming and broadcasting the riots — which are filmed and broadcasted by numerous journalists, independent documentaries, and livestreamers — violates an Oregon state law that bans police from collecting or even maintaining information about the political, religious or social views, associations or activities of people who are “not suspected of criminal activity.”

As documented by both the local police, the Department of Homeland Security, and numerous journalists across the political spectrum, the riots have been anything but peaceful, and fit the very definition of criminal activity.

This past week alone, rioters affiliated with the far-left Antifa movement were filmed throwing an improvised explosive device at the federal courthouse in downtown Portland and cheering at the aftermath.

An independent videographer and black Trump supporter Andrew Duncomb was also stabbed by a protester near the scene of the riot on Wednesday.

“I was stabbed for being a conservative journalist,” Duncomb told The Oregonian. “My main goal was to show that it wasn’t just the feds creating the problems.”

According to the ACLU, the police livestream’s zoom on individual faces makes protesters vulnerable to face surveillance technology, which would enable them to be apprehended following the commission of a crime. The Portland police linked to its livestream three times this month.

“Unlawful police surveillance threatens our First Amendment rights,” said Jann Carson, interim executive director Oregon’s ACLU branch. “The Portland Police Bureau has no constitutional reason to train its video cameras on demonstrators — or to broadcast those images publicly on the internet, where federal agents and others can analyze them.”

The ACLU’s opposition to the arrest of violent rioters can only be summed is an open call for criminals to be let off the hook for their crimes.