The lockdown, which is set to begin next Monday, will come ahead of the mandatory COVID-19 vaccination rule for all Austrian citizens, which is set for February 1, 2022. 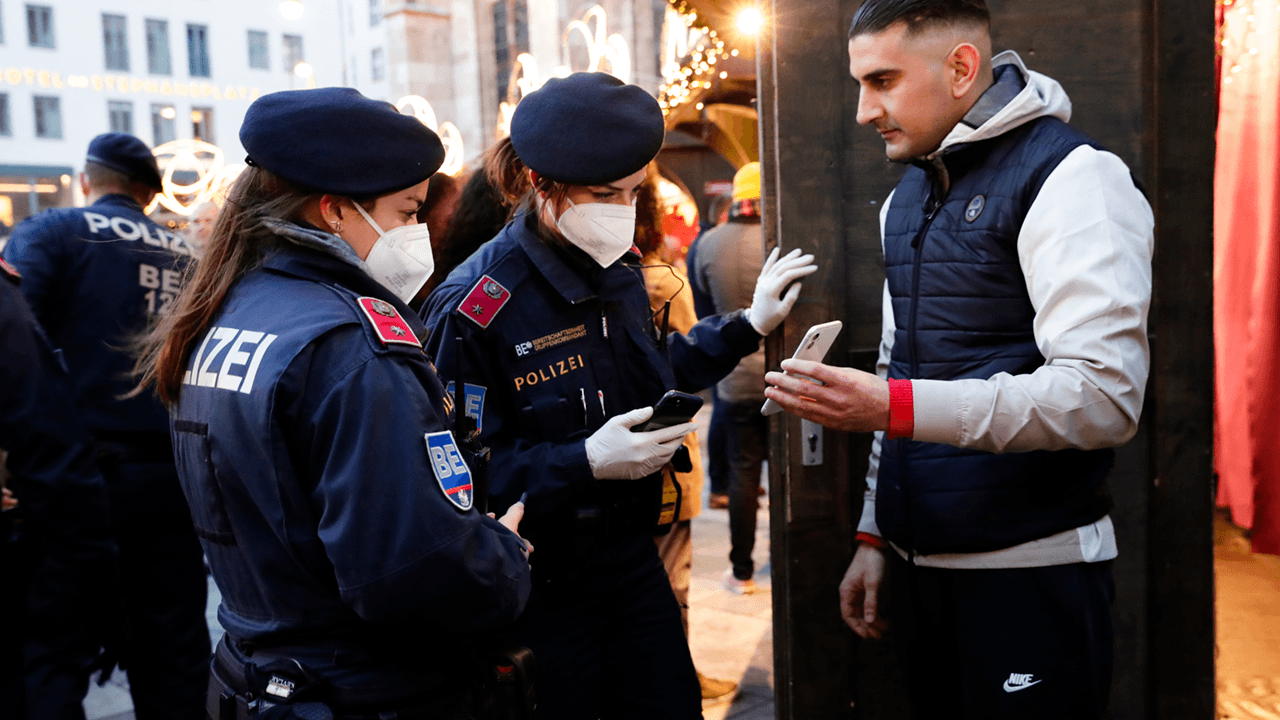 Austria announced on Friday it will impose a full lockdown and mandatory vaccines as COVID-19 case numbers continue to climb ahead of winter. It is the first country in the European Union to impose such harsh measures as Europe struggles with surging cases.

Austria’s imposition of a new lockdown and mandatory vaccines comes amid efforts by other European countries to tighten restrictions on COVID. Thus far, none of the other countries have reimposed full lockdowns. Only the Vatican has mandated vaccinations for its residents.

The lockdown, which is set to begin next Monday, will come ahead of the mandatory COVID-19 vaccination rule for all Austrian citizens, which is set for February 1, 2022.

According to Chancellor Alexander Schallenberg, the first stage of the lockdown will last 20 days, followed by an evaluation after 10 days.

"Despite months of persuasion, we have not succeeded in convincing enough people to get vaccinated," Schallenberg said at a press conference in Tyrol, where he met local leaders, France24 reported. "Sustainably increasing the vaccination rate is the only way to get out of this vicious circle."

Schallenberg blamed those who refused to get vaccinated for an “attack on the health system,” referring to the rising number of hospitalizations in Austria. He stated that vaccinations are the “exit ticket” out of the pandemic.

Under the Austrian lockdown, citizens will no longer be allowed to leave their houses, with few exceptions such as going to work or shopping for essentials. The move mirrors lockdowns seen in the earliest days of the pandemic worldwide.

Schools will remain open, but parents have been asked to keep their children home if possible. Businesses have also been told to practice telecommuting, and working from home.

The full lockdown follows a previously imposed lockdown for the unvaccinated, which was implemented earlier this week. However, the rise of infections, which saw more than 15,000 new cases recorded on Thursday — a record high number of infections — prompted the swift and almost immediate proposal to lock down the country entirely. The country’s rising number of hospitalizations has placed an undue burden on the country’s already-struggling healthcare system.

In Austria, only 66% of the population is fully vaccinated, slightly below the European average of 67%.

Opposition party NEOS blames the sitting government for the rising case numbers, stating that much of the current situation could have been avoided had the government taken decisive action earlier in the summer.

"Austria would have spared itself all of this if decisive action had been taken in summer and early autumn," NEOS chief Beate Meinl-Reisinger said.

Over the week, thousands of Austrians took to the streets to protest the lockdown for the unvaccinated. The government is now preparing for even larger crowds to show up ahead of the full lockdown and vaccine mandate.

Austria 🇦🇹
Austrian citizens take to the streets in protest over Austria having a lockdown for the unvaccinated. If you think this policy by the Austrian government is sensible, ethical or indeed, liberal, then you are part of the problem.pic.twitter.com/aaWflX4Rqf