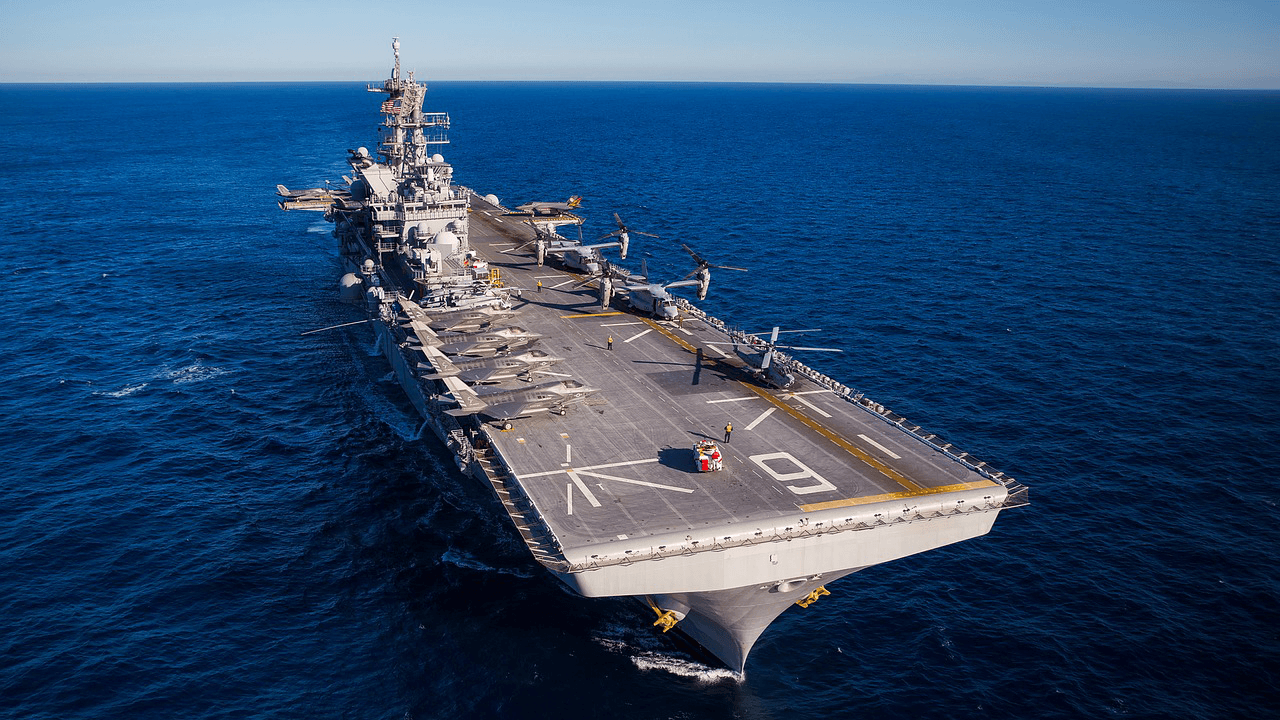 As tensions mount between China and the United States, newly published satellite photos show that the Chinese military has constructed full-scale mockups of U.S. warships, including an aircraft carrier, to use as target practice.

Details of the satellite photos revealed by the U.S. Naval Institute on Sunday show that the Chinese military constructed targets in the shape of destroyers and an aircraft carrier in the Taklamakan desert as part of a new target range complex. The photos were taken by satellite imagery companies Mixar and Capella Space and provided to USNI News.

“The full-scale outline of a U.S. carrier and at least two Arleigh Burke-class destroyers are part of the target range that has been built in the Ruoqiang region in central China. The site is near a former target range China used to test early versions of its so-called carrier killer DF-21D anti-ship ballistic missiles,” the U.S. Naval Institute reported.

“This new range shows that China continues to focus on anti-carrier capabilities, with an emphasis on U.S. Navy warships. Unlike the Iranian Navy’s aircraft carrier-shaped target in the Persian Gulf, the new facility shows signs of a sophisticated instrumented target range,” the report continued.

AllSource Analysis said that the satellite photos revealed “several probable U.S. warships, along with other warships (mounted on rails and mobile), could simulate targets related to seeking/target acquisition testing. This, and the extensive detail of the mockups, including the placement of multiple sensors on and around the vessel targets, it is probable that this area is intended for multiple uses over time.”

Analysis of historical satellite images shows that the carrier target structure was first built between March and April of 2019. It underwent several rebuilds and was then substantially dismantled in December 2019. The site came back to life in late September of this year and the structure was substantially complete by early October.

The Department of Defense’s 2021 report on China’s military capabilities, portions of which were covered by Rebel News last week, suggest that the Chinese military possesses several weapons platforms that could be used to sink U.S. warships, including aircraft carriers.

“I think makes it very clear what our understanding of their intentions are, and their capabilities are. And how they’re developing those capabilities and to what ends,” said Department of Defense spokesman John Kirby on Monday. “And clearly, they have invested a lot and particularly air and maritime capabilities that are designed largely to try to prevent the United States from having access to certain areas in the Indo-Pacific.”