Between COVID19 and 20% unemployment, why are we still bringing in temporary foreign workers? 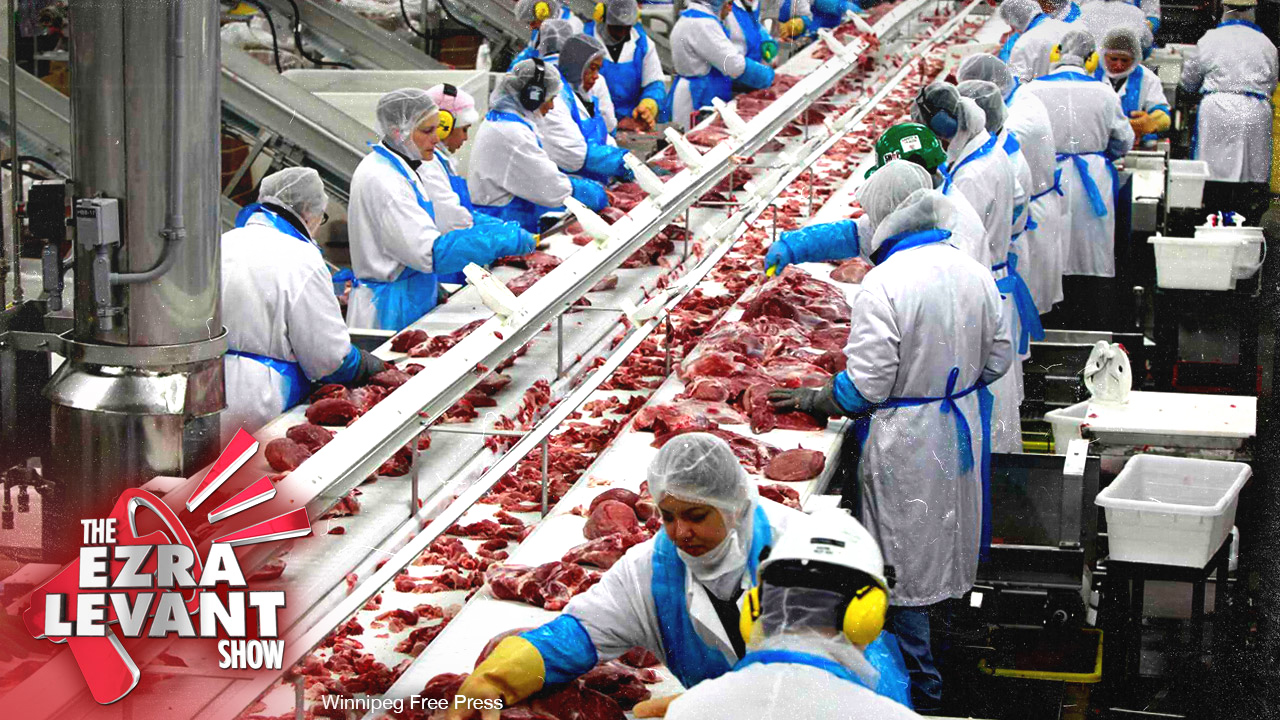 I want to talk to you about our use of cheap, ethnic labour.

They’re not slaves, of course. But they’re all visible minorities, all of them, from poor countries. They’re not slaves, that’s for sure, perish the thought. But don’t think for a second that our temporary foreign workers program isn’t a modern, woke form of slavery.

And this is obviously a problem because now we have 2 million unemployed Canadians. So the idea of bringing in cheap foreign migrants to undercut Canadians — it doesn’t make any sense, does it? I mean, from our own selfish point of view.

Why, again? To save some corporate employers a few bucks an hour? Foreign-owned corporations, mainly.

Why do we owe these corporations our loyalty, above our loyalty to fellow Canadians? Why are we permitting them to bring in essentially foreign, indentured workers?

Cargill, America’s wealthiest private company, owns the slaughter house in High River, Alberta, I know why they like to have foreign workers. It saves them millions of dollars a year.

But how about look at the other problems? — These foreign migrant labourers live en masse — because they’re poor, and they’re trying to save money, because they’re underpaid.

So they’re not really investing in normal housing, are they? They carpool en masse, too. And so, it won’t shock you, the Cargill and JBS slaughter houses in Alberta are where hundreds and hundreds of coronavirus cases have spread. They’re actually the reason why Alberta’s “curve” isn’t flattening. The rest of Alberta is fine. It could go back to work now, were it not for these massive outbreaks at these foreign migrant plantations.

But hey — feel free to foist a couple of billion dollars on Canadian taxpayers, as long as it saves and American and Brazilian multinational a few bucks, amirite?

And look at more news today:

With Southwestern Ontario hit by its first COVID-19 outbreak among the thousands of offshore farm workers it relies on, the head of the province’s largest agricultural group says it was only a matter of time before the coronavirus erupted in the farm belt.

TONIGHT I'll take you through this story, and a similar one out of British Columbia. They point to larger problems we have to come to terms with.

Regions across Canada remain in lockdown in large part because of foreign workers who have contracted COVID-19. The authorities say it themselves.

But don't expect the Conservative Party to mention it. You see, it’s racist NOT to like this new form of wage slavery, don’t you know?

NEXT: It's something you'd expect to read about the former Soviet Union, but it is happening right now in America:

A journalist is being investigated for making a joke on Twitter.

Ben Domenech joins me to talk about what happened after he tweeted a joke about attempts to unionize a far-left online publication.