While national media focuses on the truckers in Ottawa, let me tell you what’s happening in Coutts, Alberta 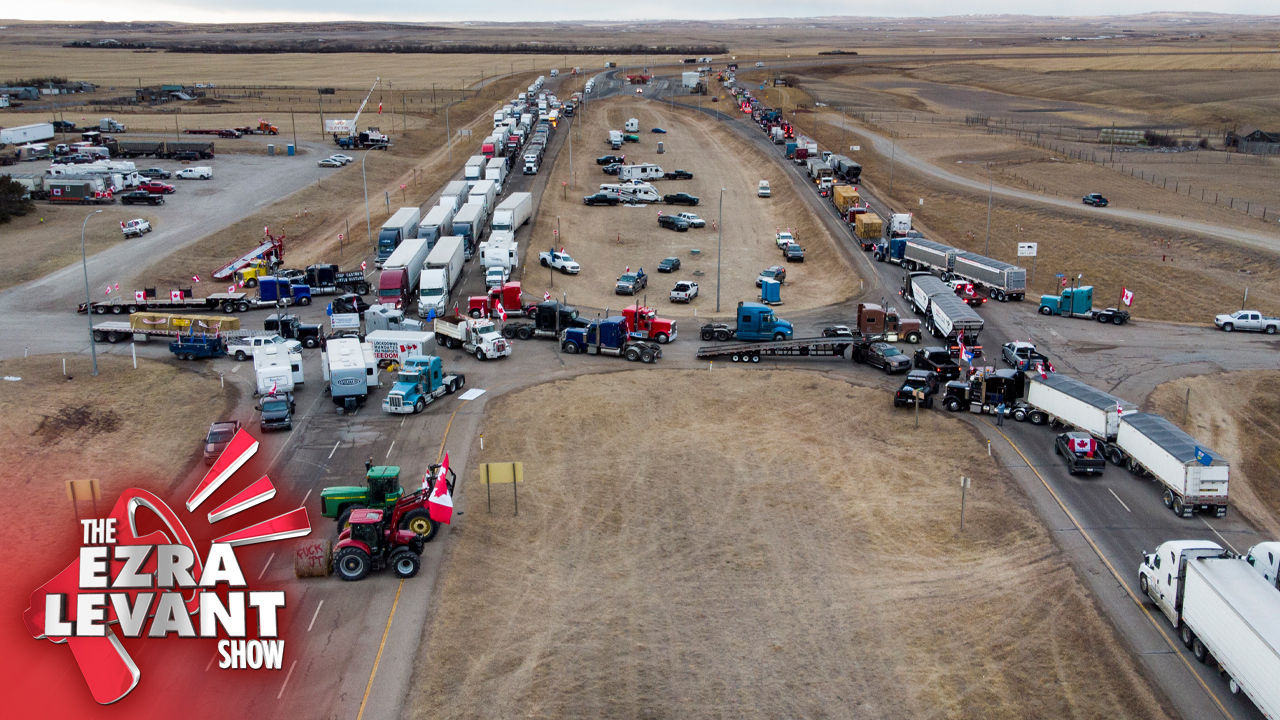 Keep watching our coverage of the trucker convoy in Ottawa. We have three reporters on the ground there: Lincoln, Alexa and Guillaume from Quebec, and we’re sending our friend David Menzies to Ottawa too.

He’s back in action, doing great — he was on our livestream today and he’s excited about the convoy story.

What’s interesting, but no longer surprising, is how foreign coverage of Canada’s convoy is so different from Canadian media coverage of it. And I’m not just talking about foreign conservative media, like Tucker Carlson — I don’t know if you caught this short mention of us on his show last night.

But the news today is from Coutts, Alberta.

A small border crossing between Alberta and Montana. And a sympathetic echo-convoy mustered there. American and Canadian truckers, both upset about the forced vaccines. It would end their businesses; it would ruin commerce; and most importantly, it would destroy their civil liberties. Which I think is the most important part.

So truckers deciding to do something about it. I mean, if they’re about to be put out of business anyway, why not?

They blocked the road.

Now what do we make of that? We’re law-abiders here, aren’t we? I mean, I remember how we covered railroad blockaders two years ago.

How are these truckers blocking the road different from those Antifa types blocking the road? It’s a good question, and one to consider. I have a few answers myself; the truckers have their own answers. I’ll give you my answers, but first let me show you a bit more facts, before I comment on the facts.

So I’m going to show you a series of videos, shot by Kian Simone and Sydney Fizzard, our two reporters on the scene.

These truckers have decided to bear the price — for their families; for us, too. And it’s not a random destruction, like the eco-protesters, like the saboteurs. It’s not dangerous or malicious.

I see that Jason Kenney is against it. Which I suppose you have to be. I would only say that he seems to have locked down the province, not just businesses but people too, for two years.

Last night, I got a phone call from the truckers asking for help. I got on the phone, and the group of them all got together, and asked for a lawyer, and would we crowdfund one for them, and I said yes, of course I would.

And so we did. We set up a page, TruckerLawyer.ca, and we put together some dough, and we’ll probably need more.

And we hired Chad Williamson, who we’ve hired in the past, to help Chris Scott of the Whistle Stop; and who won our Rebel News case against Trudeau, when he banned us from the leaders debates.

As I record this, I hear word that the police are about to make their move. Our lawyer is in place. Our reporters are in place. We’ll keep you posted. This is a big story. And as always, you can’t trust the Media Party to tell you what’s really happening.

GUEST: Kian 'K2' Simone (follow @kiansimone44 on Twitter) joins to talk about his ongoing, live coverage of the Coutts blockade in Alberta. Learn more at TruckerLawyer.ca.