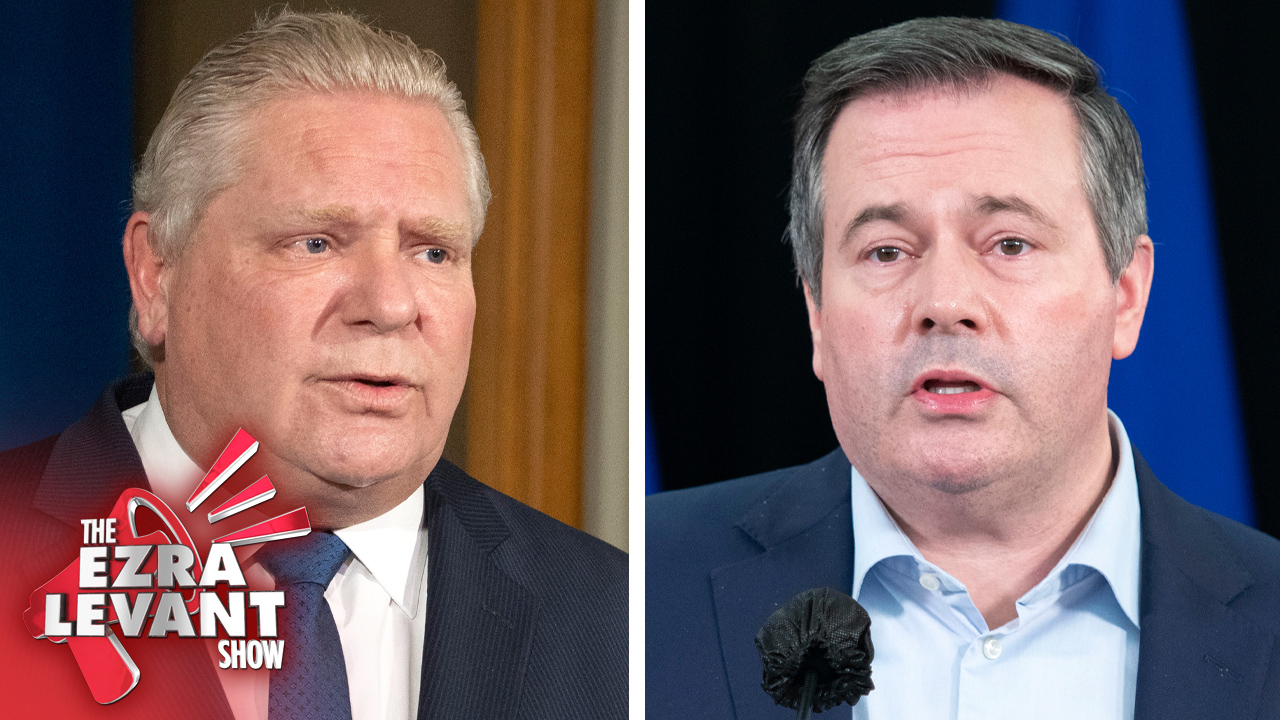 I want to show you a poll that talks about politicians, but it’s really more about the pandemic. And I find it depressing, I apologize in advance.

The poll was actually published three weeks ago, but I only read it now. I’m certain that it’s still accurate; not much has changed in the last three weeks. Actually, one thing has changed — and I’ll get to that.

It’s from Leger, which is generally regarded as accurate. It’s their big North American tracking poll. There’s a lot of stuff in there about the U.S. that I’m going to skip because it’s not relevant to my points today.

Look at page 29. It measures fear of the virus — not of the lockdown, of the bug.

The number who say they’re not afraid at all — it’s highest in Alberta, 16 per cent. Just half that, 8 per cent in Ontario.

Ontario is scared. Fair enough — they are made to be scared by every government, every politician, every journalist, every public health pundit. Young people — they’re the least afraid of any age group. Which makes sense — it’s a disease whose average victim is 82 years old.

So some people love it — those who are paid no matter what; the lockdown class. But Ontario’s entrepreneurial class is starting to hate it.

Alberta is what I want to talk about. Only 26 per cent are satisfied by Jason Kenney’s approach. Seventy-two per cent are not. That’s stunning.

Why is Kenney plunging in the polls?

If you listen to the mainstream media in Canada nationally, or in Alberta, they will tell you why. There’s a socialist explanation — that Kenney its cutting too much and not spending enough and is not green enough and loves oil too much. That’s all garbage — that’s just the media party’s leftism.

But in regards to the pandemic itself, which is what this Leger survey measures, the media party would say: Kenney is too lax. He should be cracking down on those diners that were in a rebellion. He should be jailing more pastors — seriously, I haven’t seen a single media party journalists express concern that a pastor has been in prison for eight days now for opening a church — while Costcos and Walmarts are open.

So the official class wants to go harder, more brutal. The public health bosses. The teachers unions who want a permanent staycation. The entire establishment wants Kenney to go harder.

But that’s not why he’s unpopular.