Should Canada go to war in Ukraine? Against Russia? Should we punish Russian-Canadians in some way? 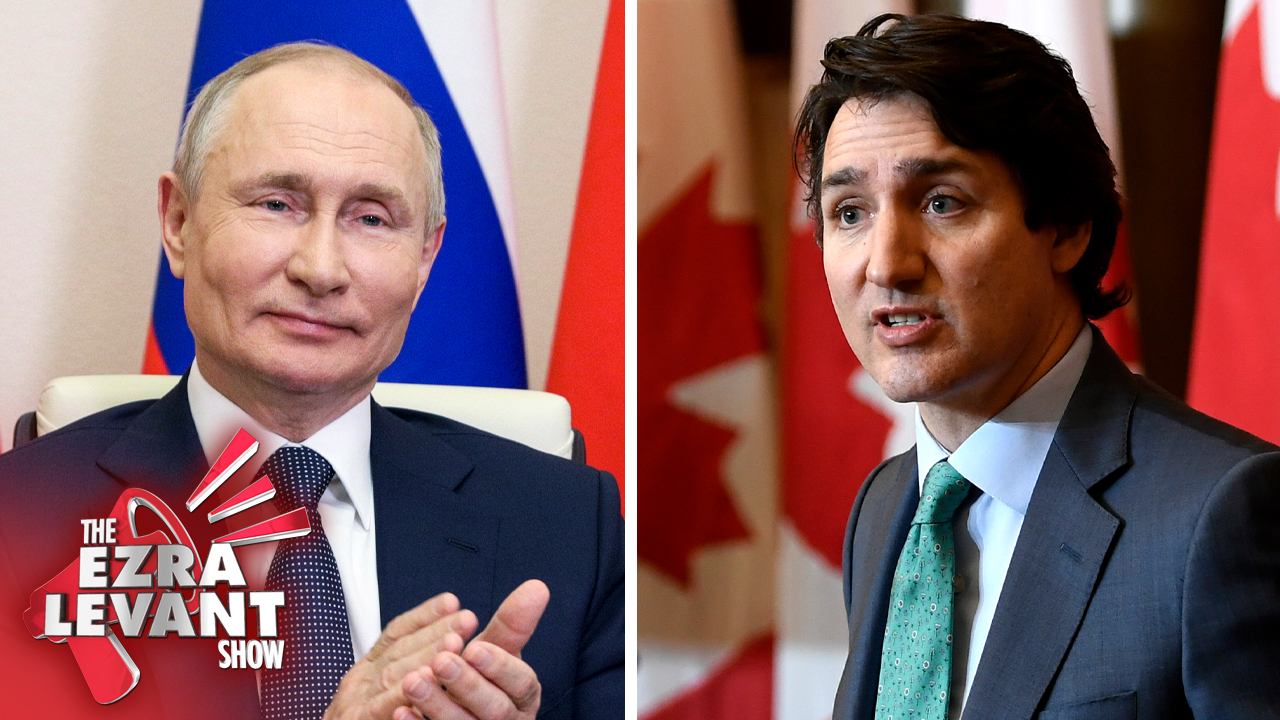 Look, I’m against war. I think most people are. I’m skeptical of Vladimir Putin — he’s an authoritarian ruler who has suspended civil liberties in Russia, and seeks to dominate Russia’s neighbours, to recreate an Empire.

He invaded Georgia, he’s invaded Ukraine several times, and he has eyes on other independent countries that were once part of the “Warsaw Pact”.

One of the main arguments in my books, Ethical Oil, which was about the oilsands, and the follow up, Groundswell, which was about fracking, was that every barrel of oil or every cubic foot of natural gas we produce here in Canada is one less that will be produced and sold by the worlds’ bad actors — mainly OPEC dictatorships and Russia. I tell you all that in case you somehow think that I support Vladimir Putin or his territorial ambitions. Of course I don’t.

And of course I don’t like to see the reports out of Ukraine of violence and casualties, though it’s very hard, in the fog of war, to trust reports, especially on social media. There are a lot of fakes; a lot of propaganda from both the Ukraine and the Russian side; and there are images from other wars that are being republished afresh, pretending to be images from this war. So you have to be very careful about rumours, I think.

The Russian Ministry of Defence said that it has had almost 500 deaths and 1,500 wounded so far — that’s a pretty heavy death toll, especially given the military advantages Russia holds over Ukraine. The fact that they themselves publish this means, I would think, that it’s the minimum actual number. I don’t know what the number on the Ukraine side would be. But that’s a real war.

Here’s Canada’s retired top general, Rick Hillier. I’m going to play an extended clip here. He sounds nice and reasonable, in terms of the tone of his voice. But listen to what he’s actually saying.

This is a clip of him on CBC, but he said the same things on CTV:

Rick Hillier says Canada should enforce a no-fly zone over Ukraine. He also calls for regime change in Russia. Canada’s fighter jets consist of some 1980s-era F-18s, including some used ones Australia sold to us. pic.twitter.com/VmamZq6h9a

There’s a lot in there. If I’m hearing him right, he wants Canada to lead the way in fighting Russia. Canada. I like Canada. I like it a lot. But we are very, very far away from Russia.

And did you hear that part — about regime change? About trying to topple Putin? I would much rather have a liberal democrat running Russia. I’m not sure how many of those there are.

Regime change? That’s your goal? You know, that hasn’t really worked well where we’ve tried it before — Afghanistan, Iraq, Libya, all come to mind. Imagine trying to do that for Russia, the physically largest country in the world, 150 million citizens. Rick Hillier has big plans for them.

Oh — and then there’s the small matter that Russia has nuclear weapons. Just that.

If the decision is to punish Russia, to deter Russia, why isn’t that being done through non-military means? Why is the west still buying oil and gas from Russia?

I’m on Ukraine’s side. I don’t like to see countries devouring other countries; the Russian pretext for the invasion is so obviously just to cover up for Putin’s imperialism. I don’t like the reports of casualties — on any side. I don’t like Putin, a former KGB agent, trying to revive the Soviet empire. And I think I naturally sympathize with a smaller country over a bigger one.

But would you truly send in Canadian fighter pilots, and their support crews, to a war in that place, right now? Rick Hillier would. Would you?

There’s a madness afoot. People pouring out Russian-themed vodka into the sink — even ones made in Latvia, like Stolichnaya. It seems a bit indiscriminate. And like I say, it seems a bit of a placebo, if the west is still buying a billion dollars of oil a day, plus gas too.

I’m uncomfortable with all this. It feels like that old movie, Wag the Dog. I don’t deny there is a real war, and I don’t deny that Putin is a malign force. I wrote about it in two books.

But you’ll forgive me if I don’t sign on to World War Three with old generals who miss the action and old diplomats with personal grudges.

And I think I’ve learned to be skeptical of political leaders who can immediately change into anything, like a chameleon. People who can be anything to anyone. Actors who will read anyone’s script. We Canadians know a bit about that.

Yeah. I’m rooting for Ukraine. But I wouldn’t want any Canadians to fight and die there — or to start World War Three.