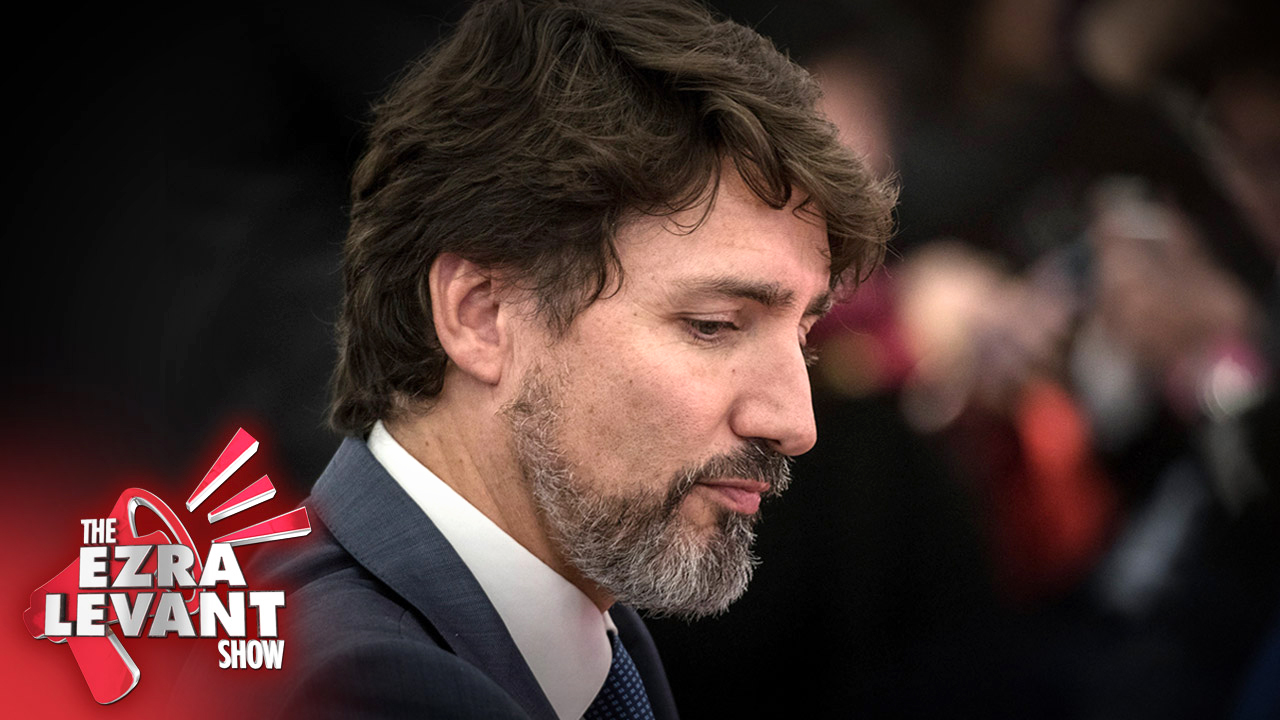 I think Justin Trudeau is the worst prime minister in terms of press freedom since his father, Pierre Trudeau, who brought in the War Measures Act.

But at least you know where Justin Trudeau comes by his love for authoritarianism. It certainly has come out during the virus crisis.

Trudeau really couldn’t rouse himself to do anything about that — he gets out of bed at the crack of 10, does a twenty minute press conference to hand-selected stenographers from the CBC, and then goes back into his house and puts on his pyjamas again.

But he hasn’t been lazy in what he really cares about — censorship.

As I showed you a few weeks ago, he wants to make it illegal to publish “fake news” about the virus.

What does it accomplish? Does it matter if people think it comes from eating bats, which is a theory that I think the Chinese Communist Party prefers, versus U.S. Secretary of State Mike Pompeo, who seems to think it comes from the Wuhan Virology Institute where they handled viruses like this.

Trudeau doesn’t just want to criminalize journalists he doesn’t like; he wants to pay more cash to the journalists he does like. By the way, the largest recipient of Trudeau’s existing bail-out, Postmedia, which currently receives $140,000 a week from Trudeau, is closing a bunch of newspapers and laying off a bunch of staff, and reducing the salaries of remaining staff. I’m not happy about that — but neither am I happy about the other two million Canadians who have been laid off in the past month.

Now, as you know, Trudeau loves the media that he can rent or buy. He loves them. But he hates, with a rage as hot as a hundred suns, the handful of media who just won’t be bought, like Rebel News.

I tell you all this, because — and you’ll laugh so hard — because yesterday, Trudeau “celebrated” World Press Freedom day. And by celebrated, I mean, that someone on his staff wrote up some nice words, while Trudeau stayed at home in his pyjamas.

There’s some comedy here — the guy who is proposing new laws to censor people with incorrect opinions, talking about being free from censorship. Then again, the deputy prime minister, Chrystia Freeland, was literally at a media freedom conference when she tried to ban Rebel News. Remember that?

He is bringing in pandemic censorship.

He is blocking conservative reporters from attending his press conferences.

He has instructed his ministers to licence journalists and punish them deeply if they resist his censorship fiats.

It’s up to us, it’s up to you and me, to stand up for our freedoms, don’t you think?

NEXT: We're suing Trudeau to gain access to his daily press briefings. I speak to our lawyer, Aaron Rosenberg about our case. See how you can support our fight at LetUsReport.com