Antifa burns down Minneapolis with help from the mayor. But Twitter thinks Trump is the problem. 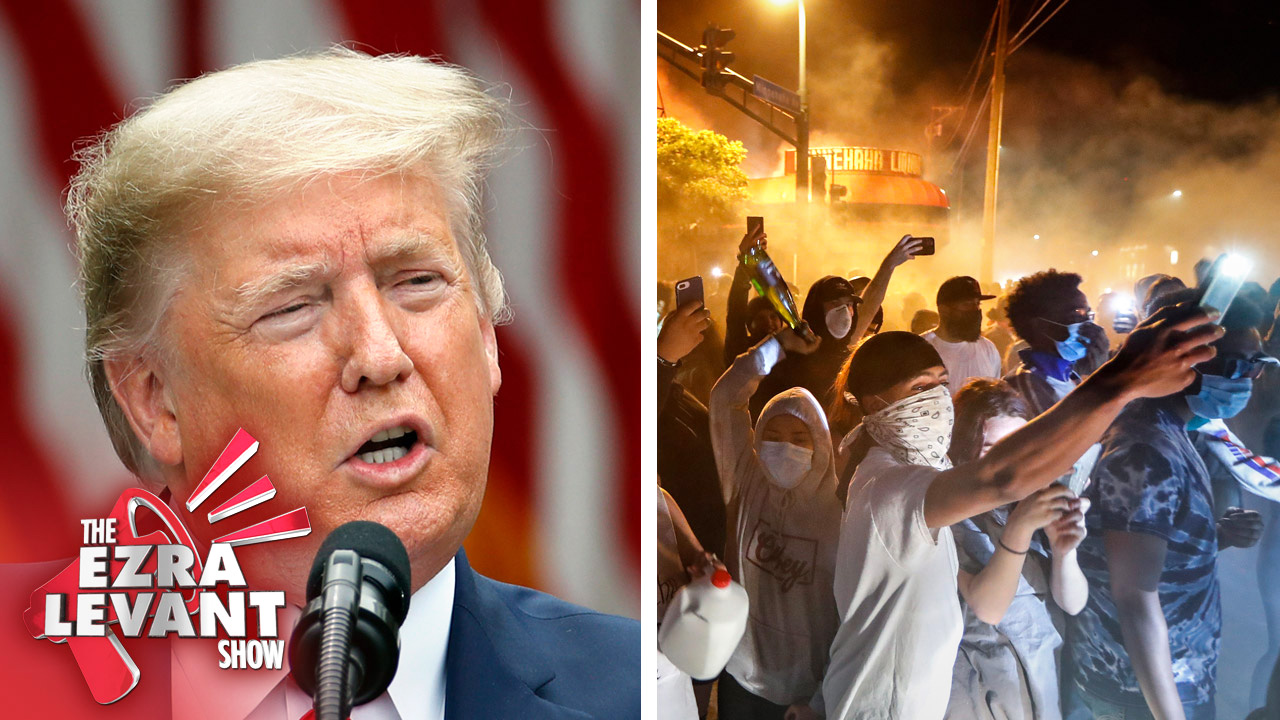 Rioters burned down Minneapolis last night. It’s nominally in response to an act of police brutality against George Floyd — he was killed; cops crushed him; apparently it was in response to a forgery incident, which is a non-violent crime.

The four cops involved in that were fired and surely they will be charged. There are strange details, too — including that one of the cops worked security at the same night club as Floyd did.

But the details are secondary; the video of the brutality is all that mattered. And the city was torched and looted.

I have become more conservative in my middle age on most things — immigration, pro-life, nationalism.

But I have become more liberal on two things — trade deals; and police brutality. Just this week, our own Keean Bexte was strong armed out of a Trudeau press conference for no reason at all, other than Justin Trudeau’s personal staff hate him. Obviously there is no comparison between that and what happened to George Floyd. But I’m getting a bit sick of it. Our reporter David Menzies was literally thrown to the ground by police acting at the behest of the coward Ron Maclean last year.

In both cases, we’re suing. But those are the remedies of a corporation with some legal knowhow and supporters who are generous enough to crowdfund our expenses. What if you’re a poor black man in Minneapolis?

The video of the George Floyd incident is terrible to watch, and if you’re black you surely identify with the victim and it confirms your worst fears. But there are plenty of people who would take that apparent injustice and exploit it for political purposes.

Probably not, if you’re a Democrat.

Minneapolis isn’t what it once was. It’s now the city of Ilhan Omar. The largest Somali population in America. How’s that going?

But it was politicians and activists and Antifa and, I think, a city that has been cooped up for two months going stir-crazy, and of course the media lighting the fuse — and the place just blew up. Lots of looting.

Trump was watching, and he didn’t like what he saw. So he tweeted this, at 1am last night:

I can’t stand back & watch this happen to a great American City, Minneapolis. A total lack of leadership. Either the very weak Radical Left Mayor, Jacob Frey, get his act together and bring the City under control, or I will send in the National Guard & get the job done right…..

....These THUGS are dishonoring the memory of George Floyd, and I won’t let that happen. Just spoke to Governor Tim Walz and told him that the Military is with him all the way. Any difficulty and we will assume control but, when the looting starts, the shooting starts. Thank you!

I think he’s right, about the total lack of leadership. Telling police to run away and let black neighbourhoods burn isn’t leadership. The city is indeed out of control.

But look again at that second tweet by Trump. If you click on it, on your computer, you can’t read it. You get this warning:

And if you click through that warning, you can see Trump's tweet, but you can’t share it normally. And of course there’s the denunciation of it all.

Just like Twitter did this week to Trump when he warned about voter fraud in mail-in ballots.

There are literally thousands of tweets glorifying the riots, calling for murder. I don’t know if a single one of them has been censored.

Trump has had enough.

Yesterday afternoon he rolled out this executive order on preventing censorship.

TONIGHT I'll take you through this order and what it could mean for the future of social media.

I expect more riots before the 2020 election — it’s the George Soros way; he’s a major funder of Black Lives Matter and Antifa.

And I expect that Twitter and the rest of Silicon Valley knows that if they don’t knock Trump out now, his second term will be something they and all other liberals hate.

We’re in the big battle now folks. I wonder how it will end.

NEXT: Allum Bokhari, investigative reporter for Breitbart.com, joins me to talk about the war between President Trump and Twitter.