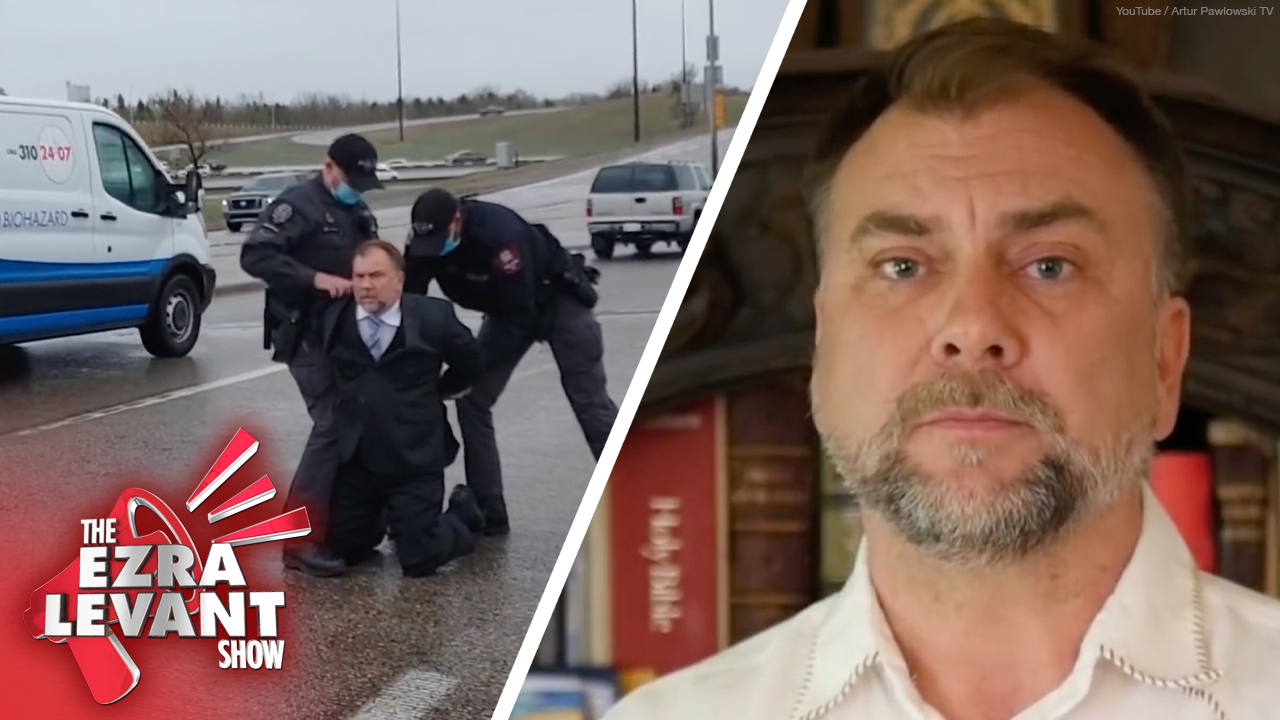 In a bizarre, 40-minute rant, Justice Adam Germain ordered that for the next 18 months, whenever Pastor Artur talks about lockdowns, the pandemic or vaccines — in tweets, in speeches, in media interviews — he must immediately repudiate himself, and give the “official” government view condemning himself.

He must argue against himself. He must condemn himself. Or go back to jail.

It’s compelled speech, like a Maoist “struggle session” in Communist China. You have to say what the government tells you to say.

Forced speech is unheard of in Canadian law. Even convicted murderers cannot be ordered to apologize for their crimes — and anyways, such a forced apology would be meaningless.

But a convicted pastor must now violate his own conscience and repeat an angry judge's talking points, or face prison.

That’s the whole point of it: this judge wants Pastor Artur to submit, to acknowledge the government as his master. And if he can’t convince Pastor Artur of that voluntarily, he’ll force him to say it.

It’s like forcing him to kneel. Which the police have already done.

What a disgrace this judge is. Especially to Alberta, whose official motto is “strong and free”.

And that’s not all. In his 40-minute rant, the judge repeatedly criticized Pastor Artur for talking about civil liberties to the media. He specifically mentioned Pastor Artur’s appearance on Fox News.

But what does that have to do with allegedly breaking a Canadian law? Nothing. But it has everything to do with politics.

So to stop more media appearances, the judge has ordered Pastor Artur to self-denounce after every public statement.

The judge also raged at Pastor Artur for going on a speaking tour, warning other churches around North America about the threat to civil liberties. So to stop that, the judge also banned Pastor Artur from leaving the province of Alberta for 18 months.

There is no legal precedent for this; it’s completely unconnected to Pastor Artur’s alleged lockdown crimes. It’s simply a power-mad judge’s revenge on Pastor Artur — a blatant attempt to stop him from speaking freely.

This truly is the most absurd, un-Canadian and clearly illegal court ruling in recent memory. In fact, to find anything like it, one has to look back nearly 90 years to William Aberhart, the former Alberta premier.

Aberhart passed a series of laws called the “Alberta Press Act”, which forced newspapers to print the government’s rebuttal to their own editorials. That laughably illegal law was struck down in 1938 by the Supreme Court, and the Edmonton Journal, the newspaper that led the charge against it won a special Pulitzer Prize for its efforts.

Justice Germain has brought back that illegal law, but applied it to just one citizen. Alas, today, the mainstream media are cheering for the censors.

It will probably not surprise you that Justice Adam Germain is a failed Liberal politician who was appointed to the courts by Jean Chretien after he lost his election.

Obviously Pastor Artur intends to appeal — and obviously we’ve got to help him. I just got off the phone with Pastor Artur’s top-gun lawyer, Sarah Miller.

We’re relieved that Pastor Artur was kept out of jail: Jason Kenney’s prosecutors had demanded a 21-day prison term. But Justice Germain is smart enough to know that actually throwing a pastor in prison again would have made international headlines again — and clearly that’s been on the judge’s mind.

But what he’s done here — issuing a political self-denunciation order — is just as bad.

Sarah and the rest of Pastor Artur’s team are already working on the appeal. I promise to send you a copy of their appeal the moment she files it in court.

I’m glad that Pastor Artur will sleep at home tonight, instead of in prison. But the judge’s Communist-style sentence must be fought with everything we have.

Please help us crowdfund Pastor Artur’s appeal. Our lawyers are great — they kept him out of jail today, and they’re running circles around the government’s abusive prosecutors.

I promise we’ll keep interviewing Pastor Artur — and I promise we will never bend the knee to an out-of-control judge who thinks he can force us (or anyone we interview) to repeat some government mantra.

FINALLY: What are your thoughts on the court compelling Artur's speech?