The First Black Lt. Gov elected in North Carolina is a Republican 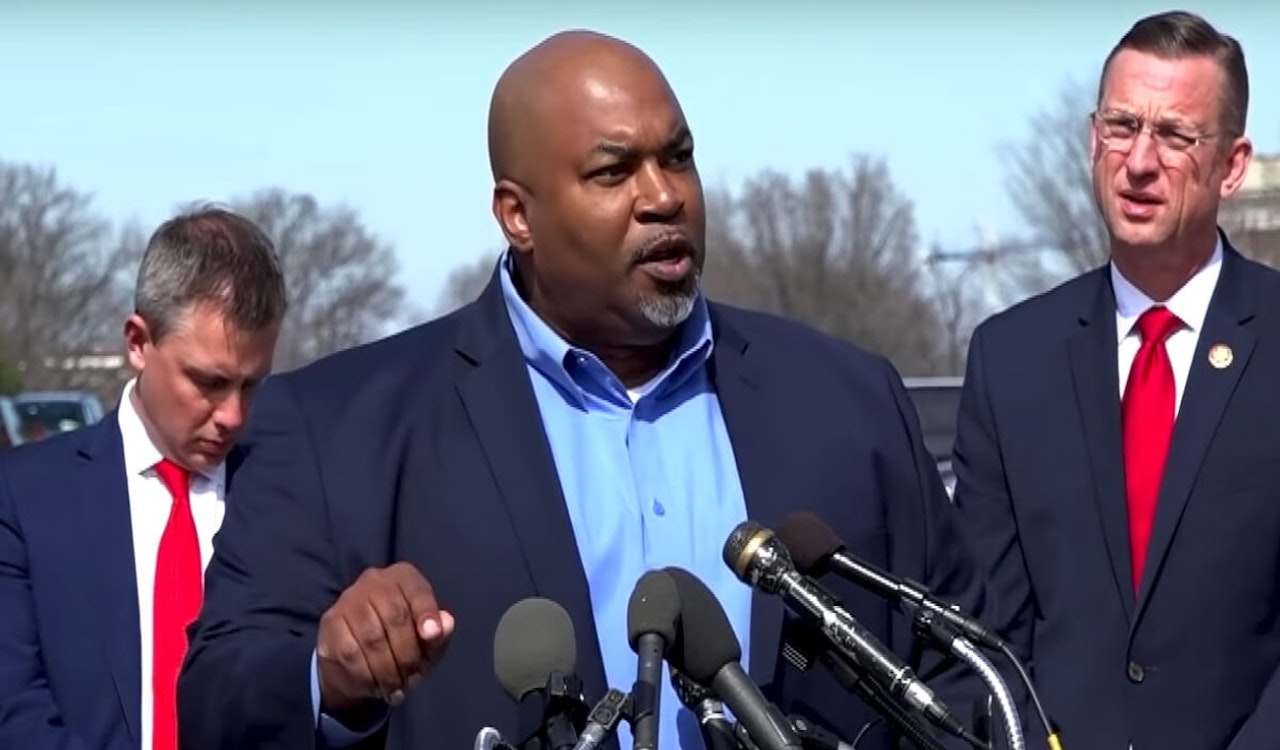 According to WTVD, Robinson supports school choice and giving parents the right to have options for their children’s education.

Robinson arrived onto the political scene in 2018, giving a speech to the city council of Greensboro, North Carolina, supporting the Second Amendment.

Transcript and video of Robinson’s speech below:

I didn’t have time to write a fancy speech. I didn’t have the resource of an English teacher to sit down and write a speech with at school today and be brought over here and practice or anything.

What I really came down here for is this, I’ve heard a whole lot of people in here talking tonight about this group and that group and domestic violence and blacks and these minorities and that minority. What I want to know is when are you all going to start standing up for the majority? And here’s who the majority is, I’m the majority.

But it seems like every time we have one of these shootings, nobody wants to blame, put the blame where it goes, which is at the shooter’s feet. You want to put it at my feet. You want to turn around and restrict my right—constitutional right—it’s spelled out in black and white.

You want to restrict my right to buy a firearm and protect myself from some of the very people you’re talking about in here tonight. It’s ridiculous, I don’t think [inaudible] could come up with a better script. It does not make any sense.

The law-abiding citizens of this community, and many communities around this country, we’re the first one taxed and the last ones considered and the first ones punished when things like this happens because our rights are the ones being taken away.

That’s the reason I came down here today. Gun show or no gun show, NRA or no NRA, I’m here to stand up for the law-abiding citizens of this community because I’m going to tell you what’s going to happen.

You can take the guns away from us all you want to, you all write a law, I follow the law, I’ll bring my guns down here, I’ll turn them in. But here’s what’s going to happen, the Crips and The Bloods on the other side town, they’re not going to turn their guns in, they’re going to hold on to them.

And what’s going to happen when you have to send the police down there to go take them? The police can barely enforce the law as it is, as what I see we demonize the police, criminalize and vilify the police and we make the criminals into victims. And we’re talking about restricting guns? How are going to do that? How are you going to do that when the police department is already hamstrung?

Well, I’m here to tell you tonight, it’s not going to happen without a fight and when I say fight I don’t mean shots fired, I don’t mean fists thrown, I mean I’m going to come down here to this city council and raise hell just like these loonies from the Left do until you listen to the majority of the people in this city and I am the majority.

The majority of the people in this city are law-abiding and they follow the law and they want their constitutional right to be able to bear arms. They want to be able to go to the gun show and buy a hunting rifle or a sport rifle.

So, we need to dispel all these myths and we need to drop all this division that we got going on here because the bottom line is, when the Second Amendment was written, whether the framers liked it or not, they wrote it for everybody and I am everybody and the law-abiding citizens of this city are everybody and we want our rights and we want to keep our rights. And by God we’re going to keep them, come hell or high water.