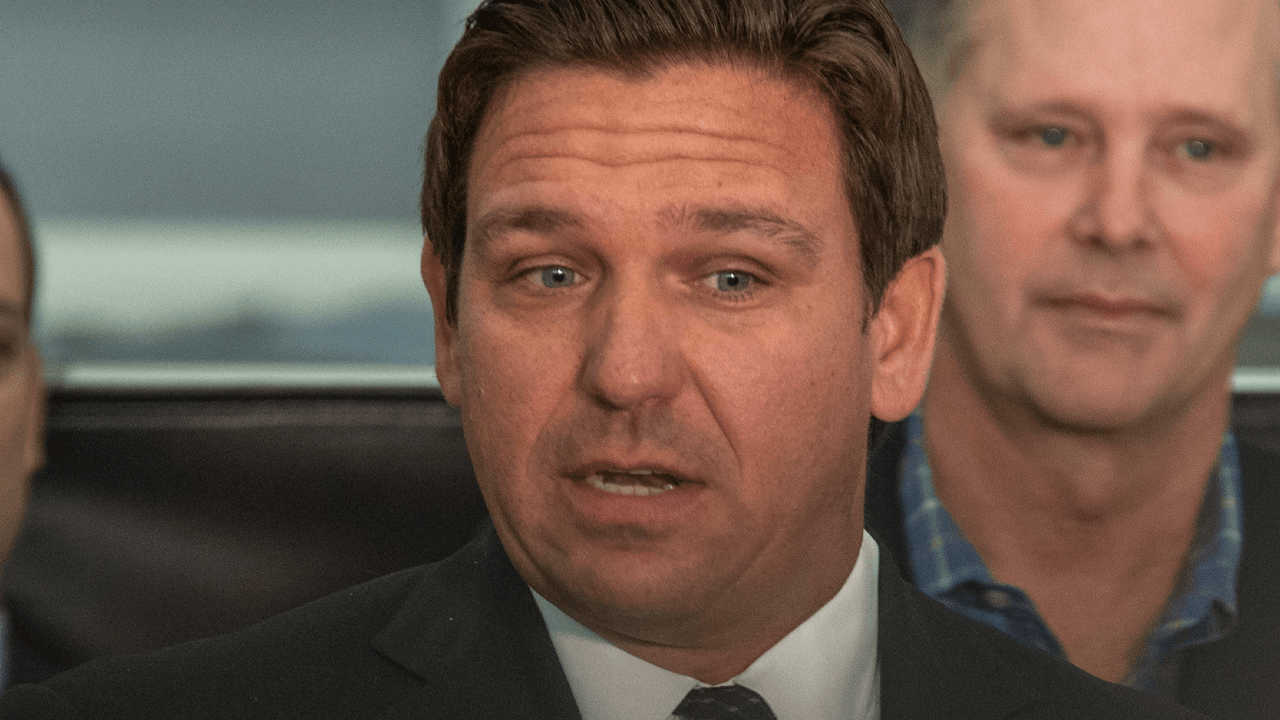 Florida Gov. Ron DeSantis blasted the media for its inability to offer honest coverage of the deliberate act of violence in Waukesha, Wisconsin which claimed the lives of six people, including an eight-year-old.

As reported by Rebel News, Darrell Brooks Jr., a 39-year-old from Milwaukee, Wisconsin, has been identified as the driver of a vehicle that plowed through a Christmas parade in Waukesha. Six people died, and over 60 are injured, many of whom remain in critical condition. The news media described the deliberate attack as a “crash,” an “accident,” and even went so far as to suggest that the car was self-driving — at least in headlines.

Speaking at an Orlando event where he announced $1,000 bonuses for state law enforcement officers, firefighters, and first responders as part of a $400 million funding proposal to increase first responder salaries, DeSantis told the audience on Monday how the media often scapegoated police for violence while refusing to do its own duty as members of the press.

“One of the things that’s been most frustrating to witness in terms of law enforcement is how anti- law enforcement narratives are consistently spun by these national corporate media outlets,” he added. “They will swoop into a community, they will create a false narrative, and then they kind of just leave and they never correct the record when what they’re saying is obviously false. And we’re seeing that right now in real-time with Waukesha, Wisconsin.”

“Is that how it works. The SUVs, they just drive by themselves? This just kind of happened? And they say, ‘Oh, this was a big accident,’ and you never actually hear the discussion about who committed this. What was the motivation?”

Referring to Darrell Brooks, DeSantis described him as a “career criminal let out on- didn’t have any bail basically. Should not have even been on the street. Had clear anti-white animus.”

“And this was an intentional act,” he added. “And it seems like for corporate press they’re more apt to characterize a parent who goes to a school board meeting to protest bad policies as a domestic terrorist than somebody who intentionally rams an SUV into a crowd of innocent people.”

Describing how the driver killed six people and injured many others, DeSantis set the record straight, “Let’s just be clear. This was not a car just driving in. This was an attack by a felon who did that, who should have not been on the street. And we’ll see what the actual motivation was. It may very well have been in response to what happened with Kyle Rittenhouse. And you have to wonder if that's the case, almost assuredly this guy’s view of Rittenhouse was colored by all these media lies.”

“He brought a rifle across state lines – that’s a lie. They said the initial altercation with Jacob Blake, that Blake was unarmed, that’s a lie. They covered up Blake’s criminal history and then they said that Rittenhouse shot …” DeSantis continued. “When your self-defense, it doesn’t matter, you know, kind of what race. But they would say that he shot — most people didn’t know he shot three white people … So that’s what the media’s been doing. And they tend to paint a target on law enforcement’s back, but this is just wrong, and these lies have got to stop,” DeSantis said.

“And if it doesn’t fit your narrative, sweeping the facts under the rug is not doing the service that people deserve,” DeSantis said. “It is what we expect unfortunately from a lot of these places. But it’s wrong and I think the way they’ve treated law enforcement across the board has been an absolute disgrace.”

At a local level, initiatives include a $5,000 signing bonus for new officers and a $1,000 bonus for other first responders.

“Supporting our law enforcement and first responders has been a top priority for my administration, and it has never been more important than over the last year. As a state, we are grateful for their continued service to our communities,” DeSantis said.

“This one-time bonus is a small token of appreciation, but we can never go far enough to express our gratitude for their selflessness,” he added.