Moments ago, Adam Skelly of Adamson Barbecue, the working class restaurateur who defied Toronto’s pandemic lockdown, was arrested, handcuffed, and taken away by Toronto police.

That wasn’t even the worst of it. There were at least 50 police involved in the SWAT-style raid, including mounted police — the sort of thing you send to quell a riot.

Except it wasn’t a riot. It was hundreds of peaceful citizens going to buy a sandwich.

Show your support with a t-shirt! 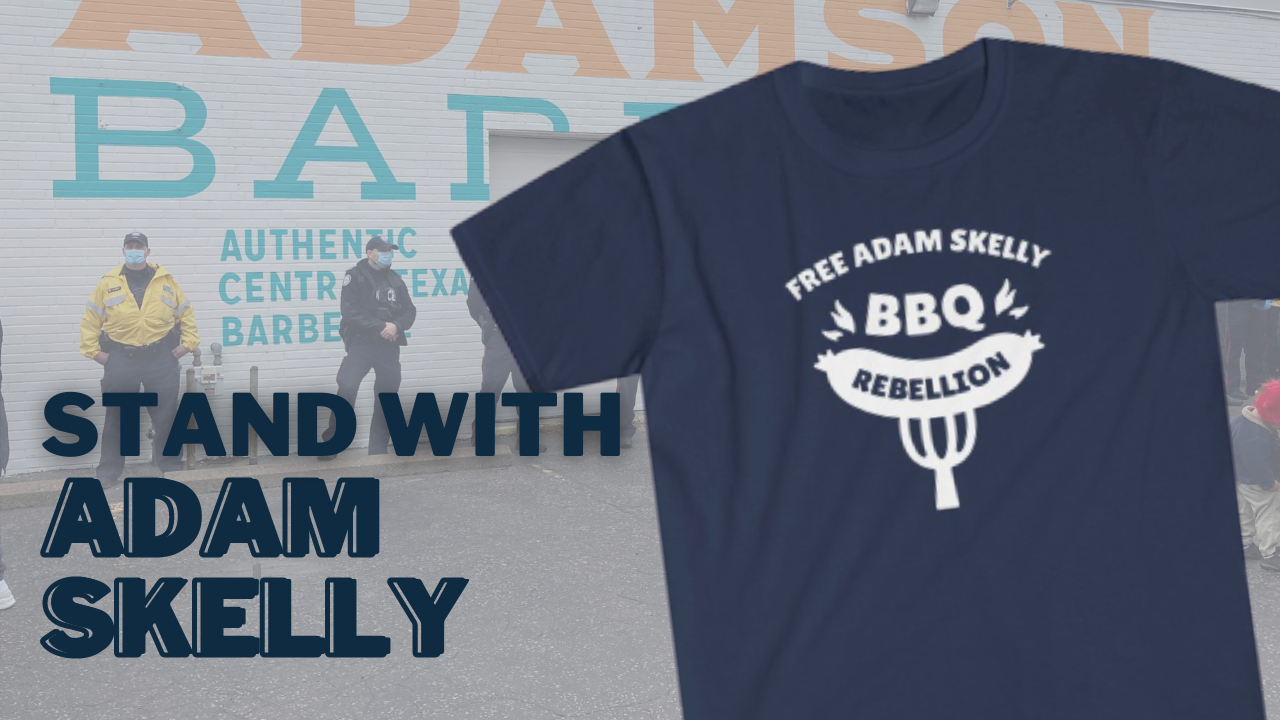 Earlier this year, when Toronto really did have riot-like problems — like the illegal occupation of the plaza outside of City Hall by Antifa thugs — Toronto police did nothing.

Actually, they did something: they brought portable toilets to help make the illegal Antifa encampment as comfortable as possible. For weeks on end!

I’ll personally deliver it to the police chief, and let him know what a disgrace this whole affair has been.

Ontario Premier Doug Ford and Toronto Mayor John Tory allow Walmart and other big businesses to be open and serve meat, but not small businesses like Adamson BBQ. Why?

We need to end the unscientific and unfair lockdown. And we need to free Adam Skelly from his questionable detainment.

A GoFundMe page has also been set up for Adam's legal defense.

Sign this petition if you want to demand that the Toronto Police, Doug Ford, and John Tory release Adam from custody immediately.