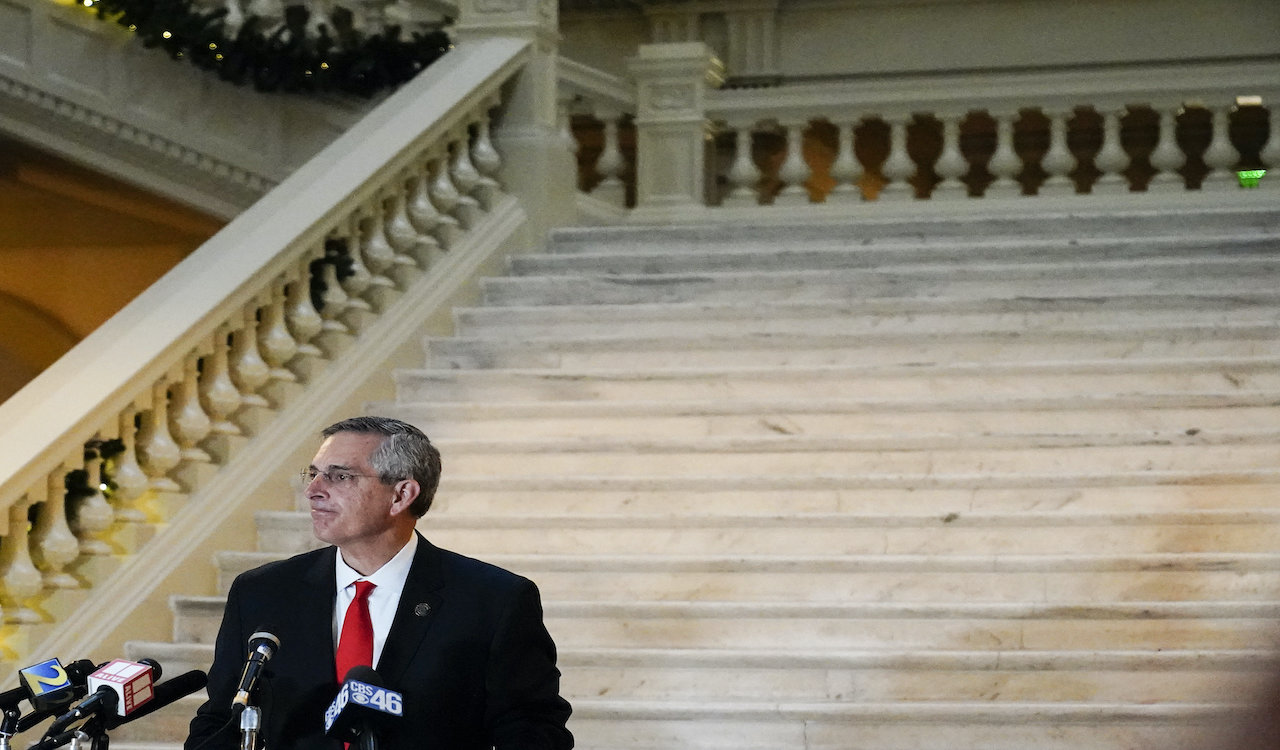 Republican Secretary of State of Georgia Brad Raffensperger announced on Monday that the state of Georgia has opened 250 investigations into “credible claims of illegal voting and violation of state election law.”

During a press conference, Raffensperger was careful with his words during his statement, noting that “dishonest actors” were pumping “massive amounts of disinformation” into the media.

Appearing to slam members of the Trump legal team, Raffensperger stated that they were “exploiting the emotions of many Trump supporters with fantastic claims, half truths, misinformation, and frankly, they are misleading the president as well.”

“As we move forward in the process, we will, as we always have been, we will continue to investigate credible claims of illegal voting and violation of state election law,” Raffensperger stated. “There are currently over 250 open cases from 2020 and we have 23 investigators to follow up on that. Some of these include, a charge Gwinnett County that absentee ballots outnumber absentee envelopes. This is the kind of specific charge that our office can investigate and ascertain the truth.”

“We have multiple investigations underway surrounding absentee ballots in Fulton, Gwinnett, Cobb, and many others. We continue our investigations into potential dead, double voters, and non-resident voters,” he added. “As we move to the December 1st election, which is tomorrow, and the January 5th federal runoffs, we have to remain vigilant.”

“That is why I’m announcing an investigation into third party groups working to register people in other states to vote here in Georgia,” he continued. “We have opened an investigation into a group called America Votes who is sending absentee ballot applications to people at addresses where they have not lived since 1994; Vote Forward, who attempted to register a dead Alabama voter, a woman, to vote here in Georgia; The New Georgia Project, who sent voter registration applications to New York City, at Operation New Voter Registration Georgia, who is telling college students in Georgia that they can change their residency to Georgia and then change it back after the election.”

The groups referenced by Raffensperger are largely Democrat-aligned.

Concluding the press conference by repeatedly reminding people that committing election fraud in Georgia is a felony, which also includes those who are not currently a resident of the state.

“In Georgia, where state law dictates a runoff if no candidate reaches 50% of the vote, GOP Sen. David Perdue narrowly missed avoiding a runoff, winning 49.75% of the vote. Democratic challenger Jon Ossoff trails by roughly 87,000 votes,” Fox News reported. “In the other race, appointed Republican Sen. Kelly Loeffler captured nearly 26% of the vote in a whopping 20-candidate special election to fill the final two years of the term of former GOP Sen. Johnny Isakson. The Democratic candidate in the runoff, Rev. Raphael Warnock, won nearly 33% of the vote in the first round.”