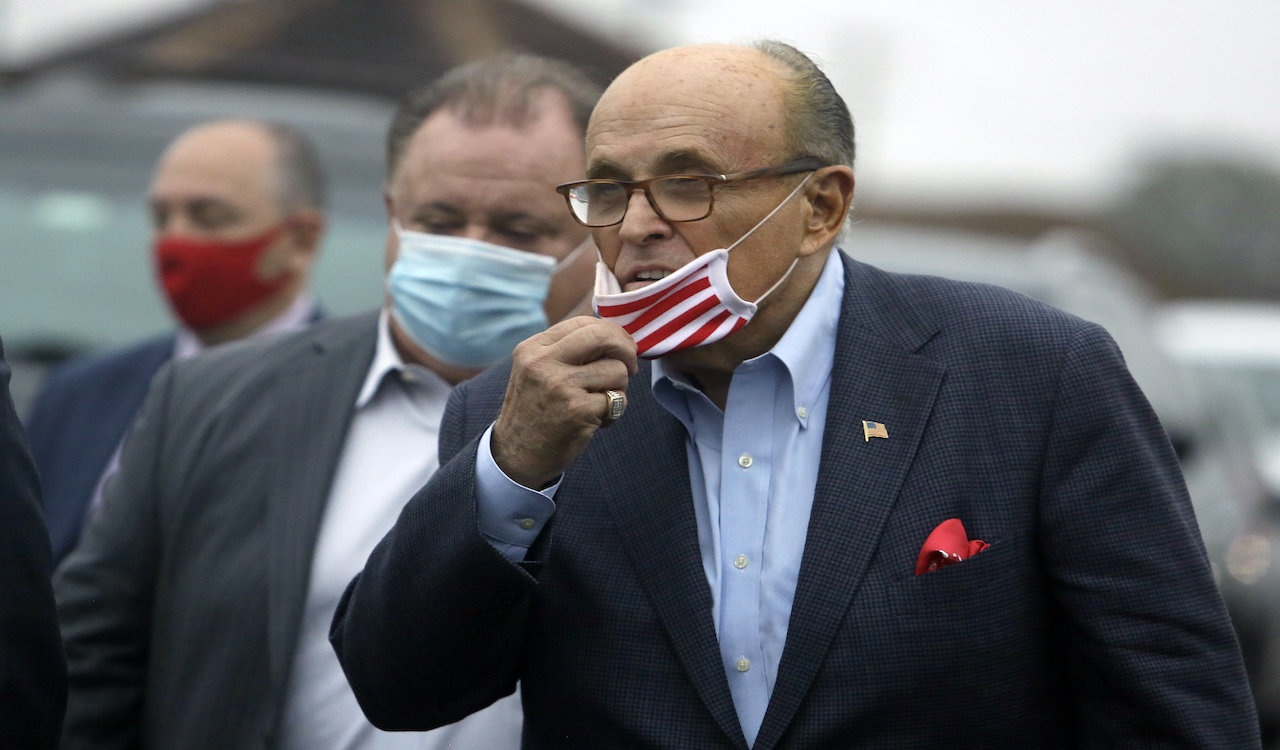 Rudy Giuliani, former mayor of New York City, advisor to the Trump campaign and former U.S. Attorney is warning Americans that the full scale of corruption by the Biden family has yet to surface.

"I have the entire hard drive and the New York Post has only published about five percent of it," Giuliani said.

"The New York Post has at least two more situations even more serious than this. The real big time money corruption takes place with the Chinese Communist Party,” he said in an interview with Alex Salvi, continuing, “China was setting Joe up for years and they have his son by the you know what and they've given them plenty of money and coincidentally Joe has caved into China in every negotiation he's ever had and he's the only man in the world who says China is not a threat to us or a competitor,” he said.

Q: Twitter called it a "distribution of hacked materials." The post says that you got info from store owner.@RudyGiuliani: "There's nothing hacked here ... We have the entire hard drive. We've analyzed it now for about 2 weeks."

“I guess if your family got $30 or $40 million from China, if you were corrupt, I guess you'd say that." Earlier this month Guiliani teased further information about Joe and Hunter Biden, some of which has been published in the New York Post, which garnered a lot of attention due to Twitter’s censorship. Giuliani posted on Twitter, “Biden can’t stand up to China. They own him. His son, brother and sister-in-law are, and have been, partners with businesses owned by Communist China and high level members of the CCP. Records I have seen show over $30 million paid to the #BidenCrimeFamily and a lot more to go. “

Biden can’t stand up to China.

His son,brother and sister-in-law are,and have been, partners with businesses owned by Communist China and high level members of the CCP.

Records I have seen show over $30 million paid to the #BidenCrimeFamily and a lot more to go.

Since announcing his support for President Donald Trump in 2016, Guiliani has become persona non grata among his former allies and is constantly under fire on social media. As the former New York City lawman, Guiliani bravely took on the Italian Mafia and won, ending a decades long crime spree.

People under 40 yrs old have no clue, but @RudyGiuliani single handily took down the largest organized crime syndicate in America - the Mafia.

Exposing the #BidenCrimeFamily is peanuts for Rudy.