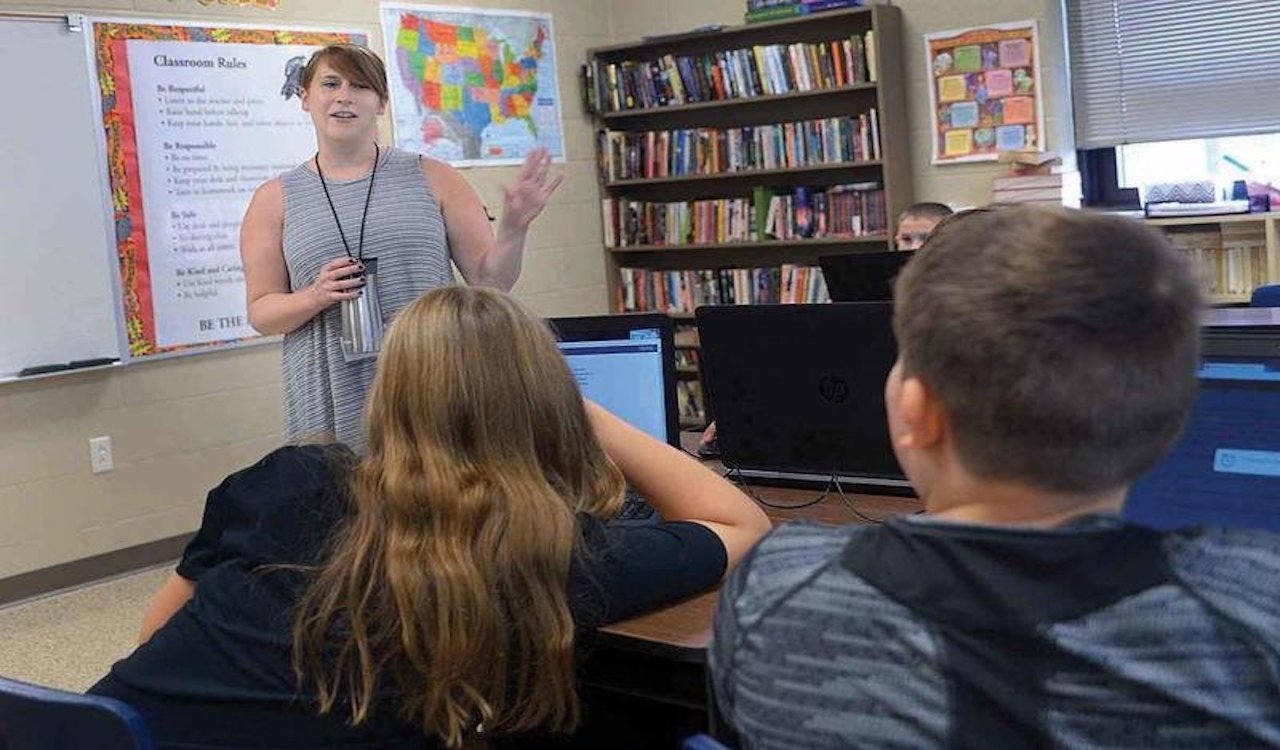 The Illinois Board of Education is facing backlash for proposing a mandate that would force teachers in the state to “embrace and promote” views supportive of the “progressive” agenda starting October 2021.

On September 11, the Illinois Register published the rule, titled “Culturally Responsive Teaching and Leading Standards for all Illinois Educators,” which made it mandatory for teachers to “embrace and encourage progressive viewpoints and perspectives that leverage asset thinking toward traditionally marginalized populations,” the Illinois-based Centre Square reports.

Culturally responsive teachers and leaders are reflective and gain a deeper understanding of themselves and how they impact others … The culturally responsive teacher and leader will: Understand and value the notion that multiple lived experiences exist, that there is not one “correct” way of doing or understanding something, and that what is seen as “correct” is most often based on our lived experiences … Recognize how their identity (race/ethnicity, national emotional ability, socioeconomic class, religion, etc.) affects their perspectives and beliefs about pedagogy and students. …

Critically think about the institutions in which they find themselves, working to reform these institutions whenever and wherever necessary. … Assess how their biases and perceptions affect their teaching practice and how they access tools to mitigate their own behavior (racism, sexism, homophobia, unearned privilege, Eurocentrism) … Know and understand how a system of inequity creates rules regarding student punishment that negatively impacts students of color.

According to the Center Square, the rule calls on educators to address “systems of oppression,” and states that “a culturally responsive teacher and leader will “be aware of the effects of power and privilege and the need for social advocacy and social action to better empower diverse students and communities.”

The mandate also instructs teachers to "create a risk-taking space that promotes student activism and advocacy,” “Embrace and encourage progressive viewpoints and perspectives,” and “Implement and integrate the wide spectrum and fluidity of identities in the curriculum.” According to the College Fix, the standards could be approved by the Board Education by December 16, whereupon they will move onto the Illinois General Assembly’s Joint Committee on Administrative Rules.

“If given the green light there, not only will they become part of educators’ evaluations, but also programs at (state) university schools of education,” wrote the College Fix.

In response to the proposal, the Pro-Family Alliance group described the mandate as unconstitutional and called for them to be rescinded.

“These elements of the proposed rule require teachers to enunciate a government-sourced ‘progressive’ and activist viewpoint in their educational work with students. As a consequence, certain narratives will be required, and counter-narratives excluded and proscribed. This is a form of compelled speech and viewpoint discrimination which is likely to be found unconstitutional,” wrote the group in a letter.

Their response was echoed by the Thomas More Society, whose VP and Senior Counsel Thomas Olp condemned the rule as unconstitutional, and described it as an attempt to “dictate what teachers think – an to form them in an activist mindset.”