The emails reveal that Dr. Fauci was warned of two things, including the potential of the Wuhan lab leak theory and of “the possibility that the virus was intentionally genetically manipulated.” 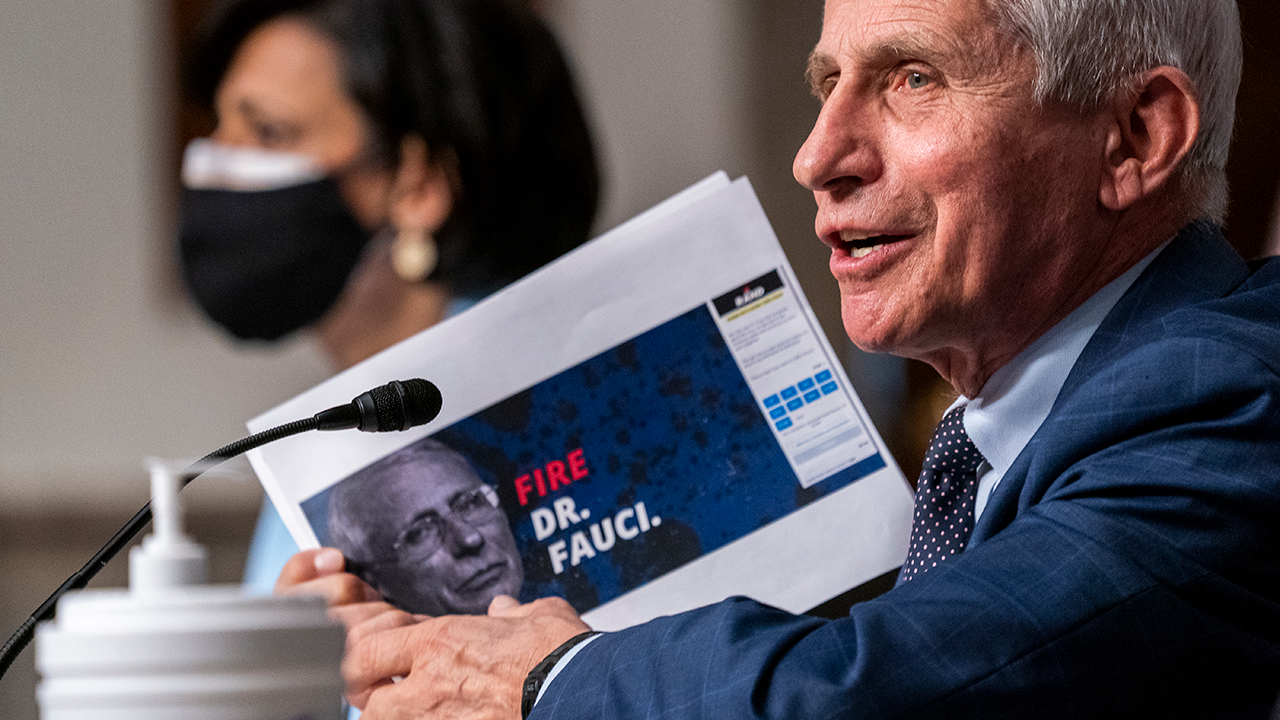 The Republican House Oversight Committee has released never-before-seen emails that purport to show Dr. Anthony Fauci may have concealed information about the origins of COVID-19, which is believed to have come from the Wuhan Institute of Virology in China, and intentionally downplayed the lab-leak hypothesis.

Fauci, who is the director of the National Institute of Allergy and Infectious Diseases and chief medical advisor to the U.S. president, testified before the U.S. Senate on the federal government’s response to the Omicron variant of COVID-19 on Tuesday.

Appearing alongside CDC Director Dr. Rochelle Walensky and Acting Food and Drug Administration Commissioner Dr. Janet Woodcock, Fauci was grilled with questions about the efficacy of vaccines against the new variant, as well as the National Institutes of Health’s role in the origins of COVID-19.

“Will you commit today to release all records—fully un-redacted—by the end of this week, so Congress and the American people may know the truth of NIH’s role in the origins of COVID-19?”

FIREWORKS: @RandPaul asks Dr. Fauci if he thinks it's a "conspiracy theory" to wonder if COVID-19 came from a lab, but Fauci says Paul's "distorting the truth" & "virtually everything" about him. pic.twitter.com/DD6pIkf0I4

In the letter signed by Reps. Jim Jordan and James Comer, and addressed to U.S. Department of Health and Human Services (HHS) Secretary Xavier Becerra, the GOP House Oversight Committee wrote to request a transcribed interview of Fauci, whose excerpts of emails they made public today.

The emails published by the congressmen reveal that Dr. Fauci was warned of two things, including “the potential that COVID-19 leaked from the Wuhan Institute of Virology” and that “the possibility that the virus was intentionally genetically manipulated.”

“It is imperative that we investigate if this information as conveyed to the rest of the government and whether this information would have changed the U.S. response to the pandemic,” the letter read.

“Despite Dr. Fauci claiming otherwise on multiple occasions, he was, in fact, aware of the monetary relationship between NIAID, the U.S. National Institutes of Health (NIH), EcoHealth Alliance Inc., and the WIV on January 27, 2020,” the letter continued.

According to the representatives, Fauci was aware that the NIAID partnered with EcoHealth to craft a grant policy allowing them to sidestep the moratorium on gain-of-function research in place at the time.

Under this new policy, EcoHealth was “allowed to complete dangerous experiments on novel bat coronaviruses–with very little oversight–that would have otherwise been blocked by the moratorium,” the letter continued.

The representatives allege that Fauci was fully aware that the NIAID funded EcoHealth, that the Wuhan Institute of Virology was a subgrantee of EcoHealth, and that EcoHealth was not in compliance with its grant reporting.

Of particular concern is the grant that the NIAID was aware had gain-of-function potential.

“It is unclear if Dr. Fauci reported any of these issues to his superiors,” the letter added. “We  need to know the entirety of what Dr. Fauci knew and when he knew it.”

According to the GOP committee members, neither the HHS nor the NIH has been forthcoming with details about how they are dealing with COVID-19’s origins.

“Rather than be transparent with the Committee, HHS and NIH continue to hide, obfuscate, and shield the truth,” the letter said. “By continuing to refuse to cooperate with our request, your agencies are choosing to hide information that will help inform the origins of the ongoing pandemic, prevent future pandemics, respond to future pandemics, inform the United States’ current national security posture, and restore confidence in our public health experts.”

The emails released by the committee pose a set of questions for the HHS, as seen below.