Morrison’s Bill to protect the secrets of National Cabinet

State premiers and health experts don't want the public to hear what they say about Covid behind closed doors. 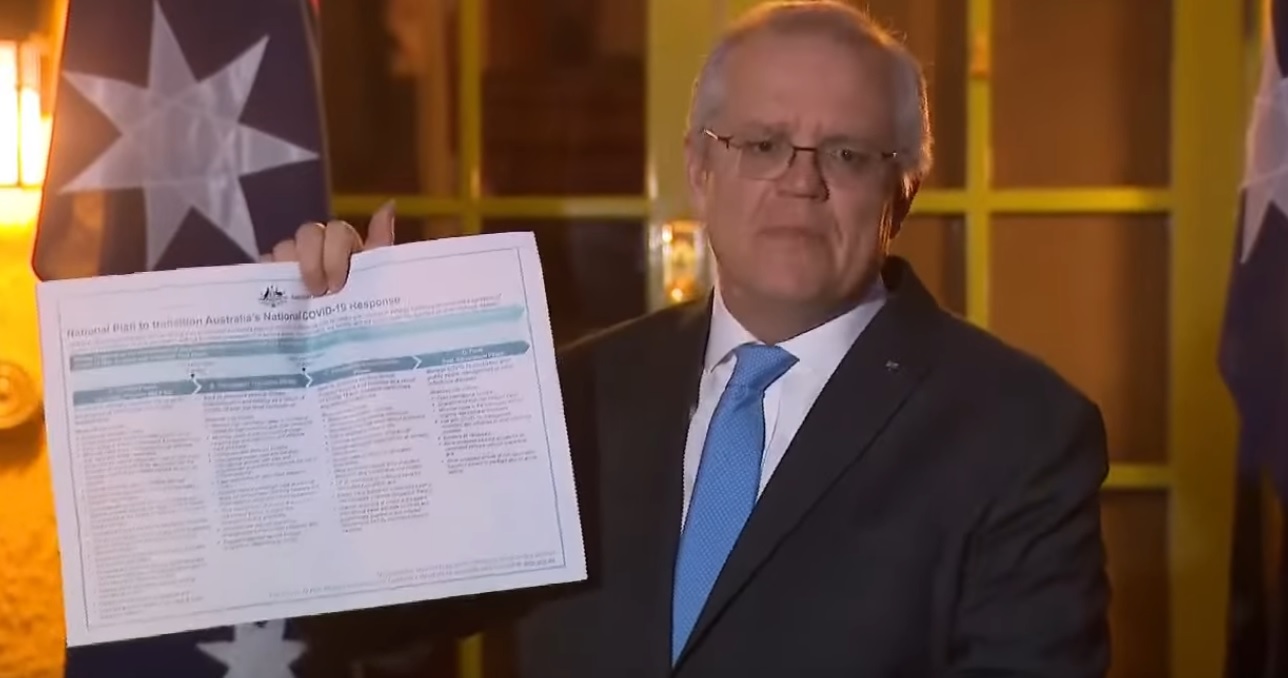 Morrison’s Bill to protect the secrets of National Cabinet

Prime Minister Scott Morrison has introduced a Bill to protect the secret discussions of state premiers within National Cabinet.

The Bill’s purpose is to extend the secrecy protections of Federal Cabinet to cover the contents of National Cabinet.

BREAKING: Rex v Scott. I have been informed @ScottMorrisonMP is not appealing Justice White’s ‘National Cabinet’ #FOI decision. The doors to the unlawful ‘National Cabinet’ secrecy vault are open and will remain open whilst the Senate resists the PM’s new secrecy Bill. #auspol pic.twitter.com/0SOKposbWv

Tudge introduced his speech with the absurd claim that, “The Bill ushers in a new and exciting era for our federation.”

An era, one might point out to Tudge, that includes the prime minister, state premiers, and health experts deliberately concealing their decisions from the people of Australia.

“The National Cabinet process has removed the political boundaries that can hamper COAG,” said Western Australian Premier Mark McGowan, who has locked his state off from the rest of the nation and prevented citizens from returning to their homes.

Not only does the Bill prohibit requests for information, it buries the contents of National Cabinet as deep as possible in the recesses of the National Archives where it will never see the light of day.

“The National Cabinet began from a realisation that if the Commonwealth, states and territories each tried to go their own way, Australia would fall short in its response to the pandemic,” said Tudge. “Like the Commonwealth Cabinet and its committees, the maintenance of confidentiality is essential to enable full and frank discussion between the representatives of all jurisdictions.”

As the police and premiers keep saying to the people of Australia who object to revealing their personal details, ‘what’s the problem if you’ve got nothing to hide?’

Tudge’s speech to parliament is not sufficient to explain why the contents of the National Cabinet deserve the protection of secrecy when their decisions have resulted in the largest infringements on civil, human, and constitutional rights in Australian history.

The same state premiers who demand an end to personal privacy from all Australians are demanding to keep their business permanently hidden from scrutiny.

It's outrageous that important #COVID19Aus information should have to be leaked from @ScottMorrisonMP's 'National Cabinet' for it to be made public. Vital health statistics & reporting should all published. The PM doesn't want you to know the truth #auspol https://t.co/JxvE16WjMb

Considering the decisions of National Cabinet are re-writing everything we thought we knew about the protections of Australian law, it is imperative that the premiers submit themselves to transparency in the form of full disclosure.

Why aren’t citizens allowed to be privy to the medical advice controlling their lives?

Morrison appears desperate to make sure the public never hear what has been said by the state premiers and health experts behind closed doors.

In what has become a worrying trend post-Covid, when the law finds the actions of a politician unlawful – politicians simply change the law.

“Australians have all witnessed—and benefited from—our federation and our policymaking institutions adapting to bring about unprecedented cooperation,” continued Tudge, ignoring the desperation, hardship, bullying, and ruin placed upon Australians.

The legislation has listed itself as ‘not a significant Bill’ because ‘significant Bills’ are likely to have wide engagement with human rights. This is a strange assessment given that the shadowy decisions of National Cabinet present the greatest impact on Human Rights in living memory.

Historically, it is never a good sign when politicians seek to hide the detail of their decisions from the people.

It is only natural for those same people to turn around wonder what it is their politicians are trying to hide.